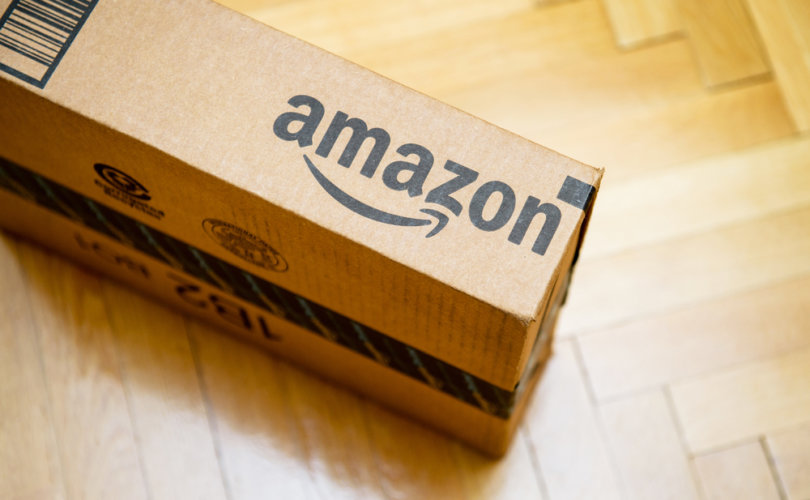 May 4, 2018 (The Daily Signal) – Alliance Defending Freedom has won seven cases at the U.S. Supreme Court in as many years, including one that upheld an Arizona school choice program and another that prevented the state of Missouri from discriminating against a Christian preschool.

The legal powerhouse, which fights for religious freedom, is awaiting decisions in two more landmark free speech cases it argued this term before the high court. It is counted as one of the most successful legal advocacy organizations in the country.

But even that stellar record was not enough to prevent Alliance Defending Freedom from being banned from participating in AmazonSmile, which allows Amazon.com customers to contribute “0.5% of eligible purchases” to “almost one million eligible 501(c)(3) public charitable organizations.”

ADF had been one of those charities since the 2013 launch of AmazonSmile until recently, when those who had assigned the legal organization as their charity were notified that it was no longer eligible.

Those who had selected ADF as their charity received the following explanation of why they'd no longer be able to give to the religious freedom group through the program:

For those unfamiliar with SPLC, they are the hysteria-stokers responsible for producing a slanderous list of “hate groups” that lumps together actual violent extremists with respectable organizations such as Alliance Defending Freedom and the Family Research Council and with international human rights activists such as Maajid Nawaz and Ayaan Hirsi Ali.

So, the “ineligible category” to which Amazon's statement refers is really nothing more than a hit list of groups and people SPLC disagrees with. Amazon's decision to rely on the false accusations of such a bad actor is inexplicable.

Although the SPLC did good work many years ago, it has devolved into a far-left propaganda machine that slanders organizations with which it disagrees and destroys the possibility of civil discourse in the process. The group has been discredited by investigative journalists and charity watchdogs as a 'direct mail scam' that has seen its leaders amass enormous fortunes. It is no surprise that the United States Department of Defense and the Federal Bureau of Investigation have severed ties with the SPLC.

Lest one think that Southern Poverty Law Center is a misunderstood group of would-be do-gooders just trying to provide a public service, but not quite hitting the mark, consider the words of a senior executive, Mark Potok, who said: “Sometimes the press will describe us as monitoring hate crimes and so on … I want to say plainly that our aim in life is to destroy these groups, to completely destroy them.” (Emphasis mine.)

By its own admission, SPLC is in the game not to inform, but to obliterate. Nice set of friends you have there, Mr. Bezos.

“Southern Poverty Law Center spends its time and money attacking veterans, nuns, Muslims who oppose terrorism, Catholics, evangelicals, and anyone else who dares disagree with its far-left ideology,” ADF Senior Vice President Kristen K. Waggoner said. “Meanwhile, ADF works every day to preserve and affirm free speech and the free exercise of religion for people from all walks of life and all backgrounds because we believe freedom is for everyone.”

I can affirm the truth in the above statement, as I spent 13 years working alongside Kristen and many other honorable people at Alliance Defending Freedom. From firsthand experience, I know ADF is committed to building freedom's future, while Southern Poverty Law Center is hell-bent on vaporizing any opposing views.

With SPLC having been repeatedly exposed as a huckster racket for decades by voices from across the ideological spectrum, it is mind-boggling that one of the largest companies in the world would align itself with its  destructive bigotry.

As a private business, Amazon has the freedom to make choices like this.

But faithful Amazon customers should know that Amazon's choice is to side with a torch-and-pitchfork fear merchant over millions of people who have the audacity to believe in religious freedom, free speech, strong families, and the sanctity of human life. Those are all causes that Alliance Defending Freedom has spent a quarter of a century ably defending.