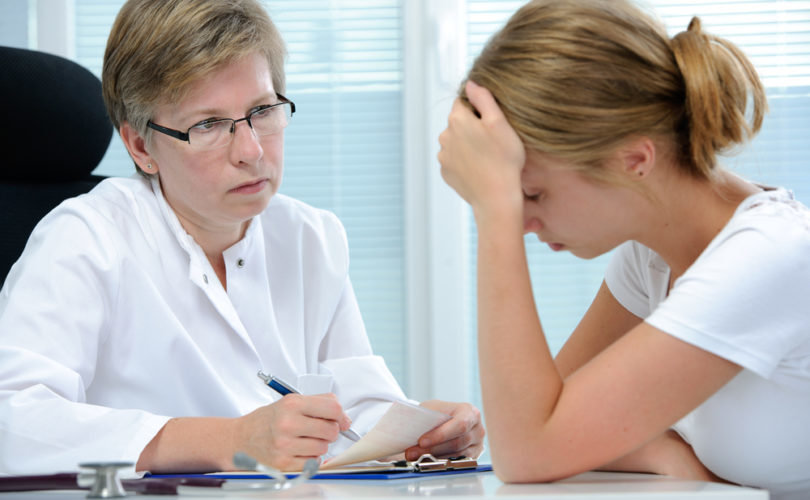 March 4, 2015 (ProLifeAction.org) — The other day I got an email from the folks organizing the 40 Days for Life vigil outside Planned Parenthood’s abortion clinic in Indianapolis. They had something unusual to report—that a Planned Parenthood staff member had actually referred a woman to a local pregnancy resource center when it became clear she really didn’t want to go through with an abortion.

As odd as this sounds, it is not entirely unknown to happen. As we know from the testimony of former Planned Parenthood workers, there are many in that organization who sincerely want to help women, and believe they are doing so. Though their supervisors might not like it, given how hard Planned Parenthood presses clinic managers to up their abortion numbers, sometimes this means suggesting that a woman not go through with her abortion.

Such cases give us valuable insight into the mentality of some working in the abortion business. If we’re going to appeal to these people, we have to know what motivates them. Those who are sincere enough about helping women that they can see through the propaganda and realize that abortion is the wrong choice at least some of the time may come to realize it’s always the wrong choice.

When you hear a story like this, you have to wonder how often things might play out this way if the higher ups at Planned Parenthood were not pushing so hard to increase abortion numbers and boost their bottom line. How many other women didn’t really want to go through with their abortions, but did so anyway? How many more might get the help they really need from a pro-life pregnancy center?

Cases like this also give the lie to some of the claims that abortion advocates make. For one thing, it shows that they don’t really think all pro-lifers are waging a “war on women.” That Planned Parenthood staffer in Indianapolis knew that the client she was working with could get help from the pregnancy resource center. Behind the rhetoric about how these centers deceive women and don’t really help them, at least some in the abortion industry know otherwise.

But perhaps most interestingly, such cases give the lie to Planned Parenthood’s claim to offer comprehensive reproductive health care. Though on paper they offer services like prenatal care, in reality when it turns about abortion isn’t really what you’re looking for, Planned Parenthood sends you to the pro-lifers. They’re the ones who will find you a pro-life doctor to donate prenatal care, baby clothes and diapers, and a support network once your baby is born.