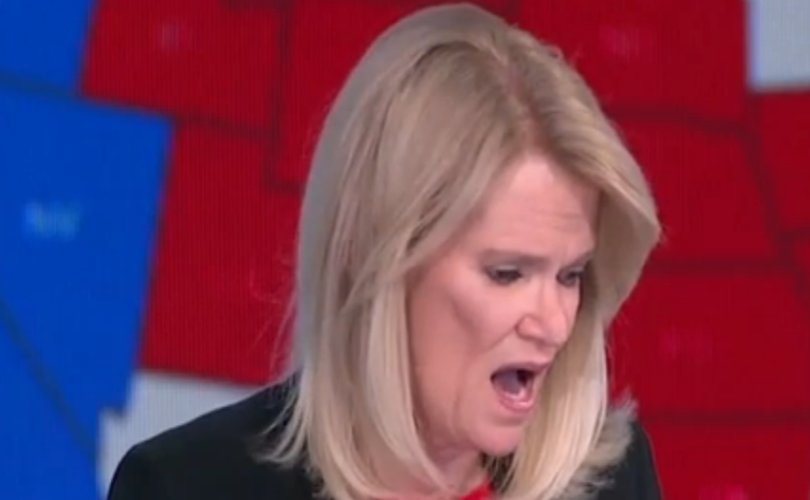 November 9, 2016 (LifeSiteNews) – Some of the most stunned people in the country right now are the media talking heads who spent over a year predicting there was no way Donald Trump could win the presidency.

As election results poured in last night, the media experienced an all-out meltdown.

“This is a rejection of the neo-liberal world order that, uh, really has been the consensus of governments across the West and across the world for a generation,” ABC's Terry Moran exclaimed, wide-eyed.

“How do I explain this to my children?” a stunned Van Jones asked on CNN. (Answer: maybe ask conservatives how they explained to their kids eight years of Obama's radical pro-abortion, anti-religious bigotry.)

“You're not dead and you haven't gone to hell,” MSNBC's Rachel Maddow told viewers. “This is your life now.”

The media's reaction to Trump's victory was in the same vein as their reaction to Brexit: shock, disbelief, panic about a setback for globalism.

For months and months, the media and pollsters warned that there was no way Clinton could lose. Last night, nearly every single commentator on the major networks looked petrified as he or she was proven wrong.

The media's disbelief at the election results shows that either all of their polling, data, and predictions were totally, completely off, or they conspired to mislead America, manipulating or maybe even lying about their polls.

Could members of the mainstream media be so out of touch with the rest of America that they geninely don't know a single person who wasn't supportive of Clinton? Or did they scramble to prop Clinton up as they realized that their candidate of choice faced the possibility of defeat?

Perhaps it was a little bit of both.