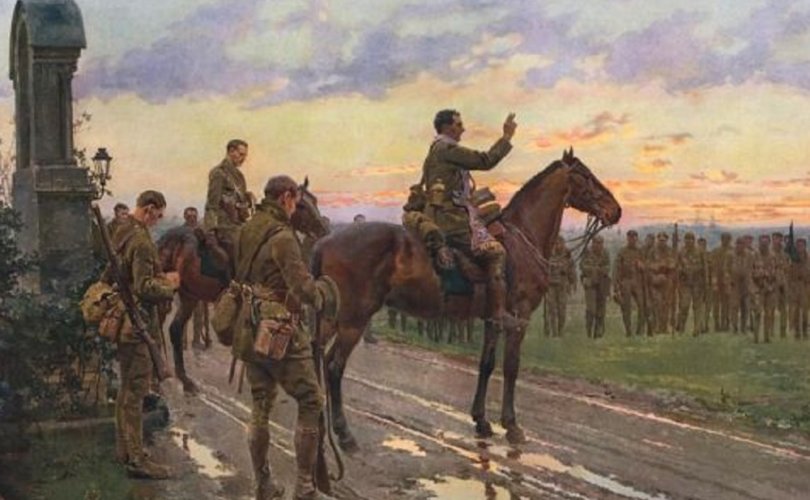 July 5, 2018 (The Catholic Thing) – Do you remember a time, readers, when you could spend a whole day, actually a whole month, occasionally even a year, and not give one passing thought to the issue of sexual perversions?

Do you remember a time when not one liberal in a thousand would have thought that a man who said he was a woman or a woman who said she was a man was in touch with reality and not prey to a destructive fantasy or delusion?

Do you remember a time when liberals, precisely because they were liberals, held men and women up to high standards of sexual decency, and (wrongly) believed that they were capable of maintaining those standards without the ministrations of the Church?

Do you remember a time when it would not have occurred to you in a hundred years that your priest was anything other than an ordinary man, a real man, following the special call of the Lord? A man who in another life, with a different call, would have been married with a passel of children, a pillar of his community?

And now this, about Cardinal McCarrick.  The cardinal, choosing his words precisely, says he has no memory of ever having engaged in the sexual abuse of the erstwhile young man who is now accusing him.

About that accusation I have no confident opinion, nor need I have. For when you have a gorilla in the living room, thrashing the furniture, chewing the upholstery, and defecating in plain sight and smell, you do not ask whether it was also the gorilla who smashed the light bulb.

The cardinal has cautiously denied one sin, while not bothering to address the thousand others. For all these years, according to witnesses at last speaking out, he has been vesting in lavender, compromising young men in his charge, including those who he made sure would see his misdeeds though they did not participate in them, and exerting all the subtle pressure of power and prestige to keep those who demurred – who did not enjoy bunking with Uncle Ted – from speaking out.

He has pointedly not said, “I have never had sexual relations with a seminarian or a priest.”  It was a perversion of the male protective brotherhood, whose noblest and purest manifestation is the apostolic band.

Unlike those brothers the apostles, who went forth into the world to lay down their lives for Christ and the Church, these bands in our day have used the Church as a cover, and a means of procurement. They have turned the Church inward upon themselves and their essentially narcissistic and childish desires and deeds.

We should not then be surprised that the Church, in their hands, becomes contentedly anti-apostolic and anti-evangelistic. The leaders make common cause with ambitious women against their enemies: ordinary, healthy, self-assured, masculine men and the women who love and esteem them.

The Mass itself is made soft and effeminate – neither masculine nor feminine. I have often noted that every single hymn in vast repertory of Christian hymnody that has anything to do with fighting for Christ, hymns going back all the way to Prudentius and Venantius Fortunatus, has been banished from the hymnals, except for For All the Saints.

That one exception we may attribute to the need to have something or other for All Saints' Day, and even then, in many hymnals I have seen, the lyrics are made squishy, or the stanzas with the most fight in them are simply dropped.  These leaders are simply not interested in taking on the world.

But that is the raison d'être of the brotherhood. Men who are friends, soldiers in the field, do not gaze into each other's eyes, melting. Your drill sergeant does not call himself Uncle Ted. He does not write lovey letters to you, after he has snuggled you into a compromise. He does not engage in spiritual bribery and blackmail.

Men who stand shoulder to shoulder – you can picture them in your mind's eye, leaning against a fence or a car or a tank – look out in the same direction, towards the world to conquer. That has been the orientation, the direction to take, of every true leader of men the Church has known, from Peter and Paul to Benedict, from Francis and Dominic to Ignatius, from John Bosco to Jose Maria Escriva.

We have the Lord's own choice to follow, ordaining men to form that band of brothers. Men, not just anatomical males. They might get something done.

Note: The image is The Last General Absolution of the Munster Fusiliers at Rue du Bois by Fortunino Matania, 1916. It is assumed that the painting was destroyed during the German blitz of London in WWII. Certainly the original is missing.