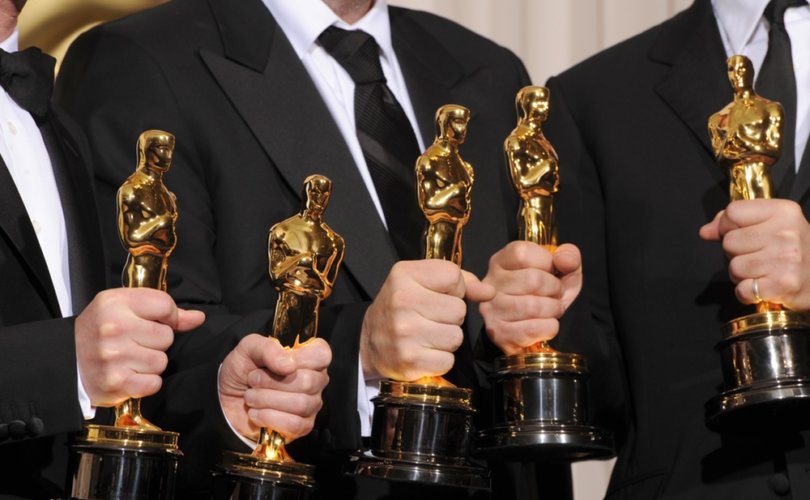 March 8, 2018 (American Life League) – This year's Academy Awards took place this past Sunday with a show full of political symbolism and the pushing of the progressive agenda.

One performance was even an attack on the National Rifle Association by a pair of rappers. Of course, the NRA has come under increasing attack from the Hollywood crowd because of the NRA's support of the Second Amendment of the United States Constitution. You know, the right to bear arms.

The wailing cry of those who think that the Second Amendment needs to be abridged is that gun violence causes too many deaths. The national statistics show that there are approximately 15,000 deaths a year from gun related violence. Unfortunately, that number has slowly risen in recent years. In an effort to put some significance to that number, the CDC reports that there are 2,712,630 deaths annually in the United States. Gun related deaths from all sources (violent acts, accidental discharge, suicides, etc.) total 38,000 and account for about 1.5 percent of all deaths.

The latest outrage stems from the most recent school shooting in Florida where 17 innocent human beings lost their lives because of one deranged shooter. The backlash has been tremendous, and people have pointed fingers in many directions – most especially at the NRA. This incident clearly prompted the performance of the rappers at the Oscars.

That performance, however, was nullified and made ridiculous by the presence of one individual on the stage for the attack on the NRA. That person was Cecile Richards, president of Planned Parenthood Federation of America. The fact that the American Academy of Motion Picture Arts and Sciences would allow the leader of the organization that commits the most egregious acts of mass murder in United States history to participate in a performance that is supposedly prompted by the killing of 17 innocent human beings in Florida is unbelievable. Planned Parenthood kills that many innocent human beings every 30 minutes of every day of every year.

The deaths of babies in the womb are not counted in the national statistics of deaths in the United States. Although the exact number of these deaths is not known, the widely accepted estimate is that there are 920,000 medical and surgical abortions in the United States each year. Each of these abortions kills an innocent human being.

If we add that number to the annual US death toll, there are about 3,632,630 deaths from all causes in the United States. Abortion can then be seen as accounting for 25 percent of all deaths in the United States each year. Richards' organization runs the largest abortion chain and admits to committing 321,384 abortions a year.

What makes matters even worse – given the fact that the Oscar rappers were minorities and one of the other people standing on the stage was a cofounder of Black Lives Matter – is that Planned Parenthood kills at least 112,000 black babies every year. That's over 300 innocent black lives snuffed out every day at Planned Parenthood. Does anyone in Hollywood care?

Shoot innocent people in schools, theaters, or on the streets and the Hollywood elite react with swift calls for “justice” and the banning of guns. Kill innocent human beings by abortion and not only do the Hollywood elite not care, but they are quick to shower gifts of money on the organization that does more of the killing than any other organization or individual.

Perhaps if Planned Parenthood's abortionists found a way to commit abortions by shooting the innocent preborn children, Hollywood elites might finally get upset! Then we could get them involved in abolishing abortion in this great country and reducing the national death rate by 25 percent.

Jim Sedlak is executive director of American Life League, founder of STOPP International, and host of a live talk radio program on the Radio Maria Network. He has been successfully fighting Planned Parenthood since 1985.