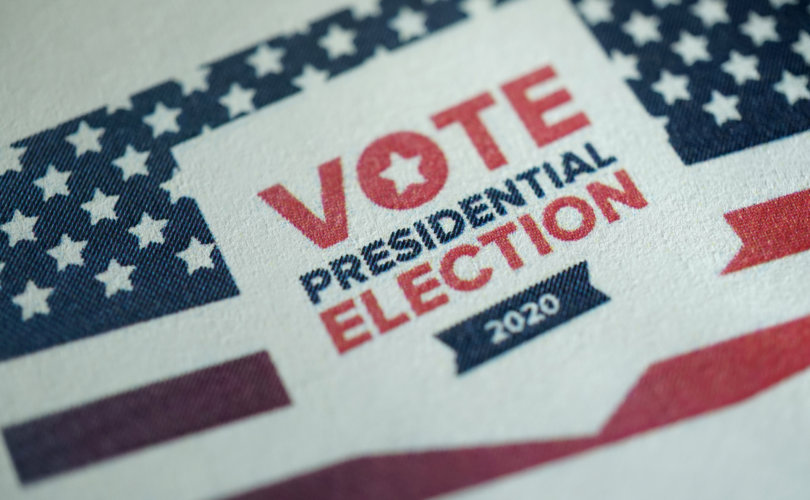 (WND News Center) – The left’s harsh attacks on President Donald Trump for his charges that the 2020 presidential election was stolen – they’ve accused him of everything up to treason for his comments – largely have overshadowed the evidence about what actually happened in that count.

Democrats have insisted all along that the 2020 election essentially was the most secure election ever – that there was no evidence of fraud or malfeasance.

But more and more evidence is surfacing that they’re not right, including the fact that states simply didn’t follow their own election laws.

That’s according to a column at The Federalist by J. Christian Adams.

He’s the president of the Public Interest Legal Foundation, a former Justice Department attorney, and current commissioner on the U.S. Commission for Civil Rights.

He explains the 2020 race was filled with chaos and irregularities, some brought on by the COVID-19 pandemic.

“States across the country changed election policies and procedures last minute. Due to the pandemic, election officials claimed these emergency actions and deviations from election laws were necessary,” he explained. But we now know those changes were, in fact, violations of the law.

For example, the Wisconsin Elections Commission (WEC) authorized a multitude of local officials to set up ballot drop boxes.

And, he wrote, “Facebook co-founder Mark Zuckerberg gave millions of dollars to election offices to change election procedures and fuel vote-by-mail efforts. The Capital Research Center uncovered that the Center for Technology and Civic Life, the non-profit Zuckerberg funneled his money through, gave Wisconsin election offices at least $6.7 million in 2020.”

That money, Adams explained, was used for those drop boxes and for “ballot harvesting.”

But, he pointed out, now the Wisconsin Supreme Court has ruled that those drop boxes were illegal – and in the future will be allowed only at the offices of election clerks.

The court said the WEC isn’t allowed to simply change the law.

Adams also noted that not long ago “a Pennsylvania court struck down the commonwealth’s mail-balloting law. The law passed in December 2019 and legalized no-excuse absentee voting.”

The court said that violated the state constitution.

“The commonwealth’s Constitution requires a person to vote on Election Day unless they meet certain criteria. Changing the mail-balloting laws in Pennsylvania would require a constitutional amendment,” Adams wrote.

Adams said the courts’ rulings – that the two states violated their own laws – “emphasize the necessity of the rule of law in elections, in order to achieve basic election integrity. Elections need to be conducted by the book so the American people can trust the results.”

An earlier analysis at The Federalist noted that while there may not have been enough “fraudulent” votes to change the 2020 outcome, there certainly was significant “rigging” that went on.

“Stealing an election by fraud is not the only way to rig an outcome. Elections are rigged when systemic violations of election law occur,” the analysis said. “That there was no widespread fraud in November 2020 doesn’t mean that the election was not rigged to keep Donald Trump out of the White House.”

The analysis stated: “The election was rigged with every illegal drop box placed in Democrat-heavy precincts.”

“The election was rigged when the Pennsylvania legislature unconstitutionally authorized no-excuse absentee voting and when Philadelphia clerks illegally inspected ballots and then told Democrat activists which voters needed to cure their ballots for their votes to count.”

Furthermore, “[the] election was rigged when Wisconsin election officials ignored the state election code, telling voters they were ‘indefinitely confined’ because of COVID and that nursing homes could ignore Wisconsin’s requirement that special voting deputies oversee elections in residential facilities.”

“The election was rigged with every dollar of Zuck Bucks designed to get out the Democrat vote, and with every leftist activist embedded in county clerks’ offices to push such efforts while accumulating untold voter data to the benefit of the Biden campaign.”

Finally, the analysis stated that the “election was rigged when Georgia rendered the election code’s mandate of signature verifications inoperable and the state court delayed a hearing on Trump’s challenge to the Georgia outcome until after the vote certification, thereby ignoring evidence that more than 35,000 illegal votes were included in the state’s tally – more than enough to require a court to throw out the election.”

What is known about the 2020 election is that the results almost without doubt were influenced by the $420 million in Mark Zuckerberg money that he handed out to mostly leftist elections officials, who often used it for “get-out-the-vote” efforts in Democrat strongholds. That money was distributed outside the channels of any regulation that normally applies to political campaign spending.

Further, the legacy and social media corporations cooperated in suppressing accurate, but very damaging, reporting about Joe Biden, his son Hunter, and the family’s international business schemes just days before the election.

Analysts have concluded that either of those actions alone could have pushed the election results into the Biden column.