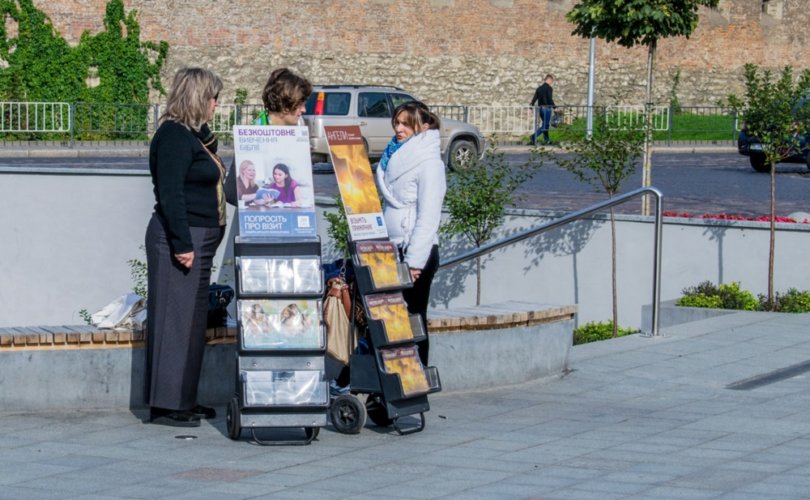 September 17, 2020 (Family Research Council) — When Seo Jin Wook met with a small group in a private home in Izhevsk, Russia to share the gospel with them, he had no idea it would lead to his deportation and an approximately $400 fine by the Russian government. Yet, under a so-called “anti-extremism” law passed in 2016, this is the new normal for religious people in Russia looking to share their faith.

The vague nature of the law means anyone is at risk of violating it.

Earlier this month, Nikita Glazunov was fined by a court in Kazan, Russia for organizing a Catholic Mass in a hotel conference hall. He was charged in part for inviting what the court called a “foreign preacher” to celebrate Mass without written authorization to engage in missionary activity.

Glazunov is one of at least 42 people who have been prosecuted for missionary activity in Russia in the first half of 2020 alone.

Russia's consistent violations of religious freedom drew the attention of the U.S. Commission on International Religious Freedom in a hearing on Wednesday. USCIRF has recommended that Russia be designated a Country of Particular Concern by the State Department this year due to the country's repressive policies.

Many religious groups fall victim to the discriminatory 2016 “anti-extremism” law known as the “Yarovaya law.” Jehovah's Witnesses have been particularly targeted. USCIRF Vice-Chair and FRC President Tony Perkins noted, “In February 2019, Russian law enforcement detained and tortured a group of 19 Jehovah's Witnesses, who were beaten, suffocated and subjected to electric shocks while in custody. Sadly, similar reports of torture continue at present.”

Emily Baran testified at the hearing that Soviet propaganda painted wild tales about Jehovah's Witnesses for decades, “accusing them of theft, adultery, anti-state behavior, corruption, greed, sexual violence, murder, and collaboration with the Nazis.” That propaganda has never been un-taught, and Russian media does nothing to correct the decades of lies told under communist rule.

During the Cold War, the United States developed a legacy for exposing and highlighting cases of religious persecution in the Soviet Union.

When Natan Sharansky, a Jewish dissident in the Soviet Union, spoke out against government oppression in the 1970's, he was imprisoned and banished to the Gulag. When the situation came to the attention of U.S. President Ronald Reagan, he raised it regularly and applied pressure for Sharansky's release. The efforts paid off and Sharansky was freed in 1987, going on to serve as a member of the Israeli parliament.

The world has largely moved on from Russia to focus on today's emerging threats. However, we ought not forget the religious freedom violations occurring in Russia every day. Advocacy from the United States made a difference in the lives of religious adherents in Russia in the past, and it can do so today.