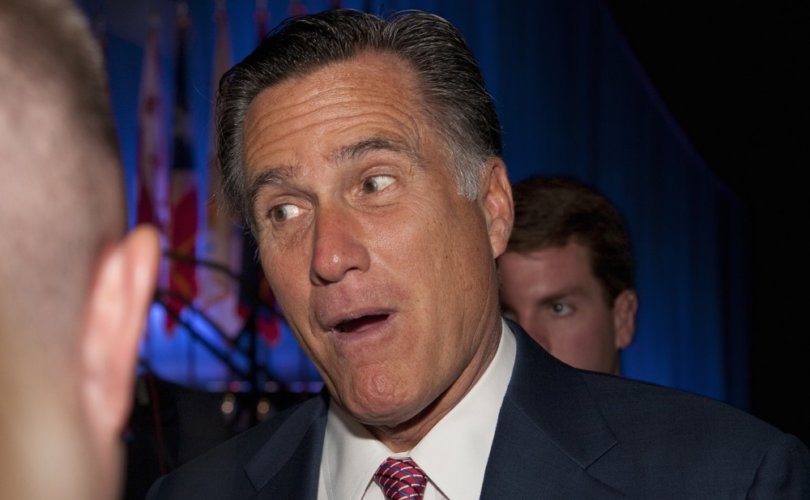 October 1, 2019 (American Thinker) — The impeachment events in Washington now gathering momentum are cause for great concern among American patriots, conservatives, and Republicans who want their party to survive.

When an important one of their own is attacked, Republican senators, many of them swamp things themselves, and mostly men of much wealth and little political judgment or knowledge of history, simply don't have the circle-the-wagons, defend-the-power and-the-agenda-above-all attitude of the Democrats. They can be stampeded and rolled.

Already once in living memory, Republican senators participated in the lynching of one of their own, Richard Nixon, whose trivial infractions would not have cost him his presidency had he been a Democrat. Nixon was politically assassinated [i] because longstanding Democratic hatred of him engendered a relentless war to bring him down that weak-willed Republican senators were not intellectually, politically, or psychologically equipped to win. Democrats saw their chance after Nixon's great '72 landslide victory, and, with the aid of an already heavily biased media and goody-two-shoes, feeble Republican senators, many of whom never liked Nixon personally, they succeeded.

The parallels today to the events of 45 years ago are striking, with the negatives for Trump magnified manyfold.

Democrats' hatred and media bias are logarithmically greater. Trump is psychologically tougher than Nixon, but his opponents are infinitely more fanatic and ruthless, and the media today reduced to a mere microphone for leftist hatred. And the leftist haters have an eager Republican Senate ally in the increasingly nauseating Mitt Romney, who despises Trump and would love to bring him down. At this moment, Romney is no doubt quietly laying his plans — loathsome, no-core traitor to American conservatism that he is.

Someone needs to firmly explain to Republican senators that their failure to defend Trump, and the conservative agenda that Trump has thus far so magnificently advanced, will mean the end of the Republican Party. This needs to be done soon — in the Washington bubble, events like these move quickly, and intellectually weak Republican senators, lacking the Democrats' single-minded instinct for defending their power and agenda, will be easily swept up in them.

The war will be on soon. It is not too soon to start lining up both the defense and the counterattack.

At this moment in history, Trump's political survival and re-election are key to American patriots' and conservatives' slim chance of halting the nation's slide into one-party, leftist self-destruction.

This latest attempt to destroy President Trump must be met with an immediate, united, and withering response. In these circumstances, the conservative base of the Republican Party would punish Republican senatorial timidity that supplies less with electoral capital punishment.

[i] See the book Silent Coup, by Len Colodny and Robert Gettlin, for the real story.