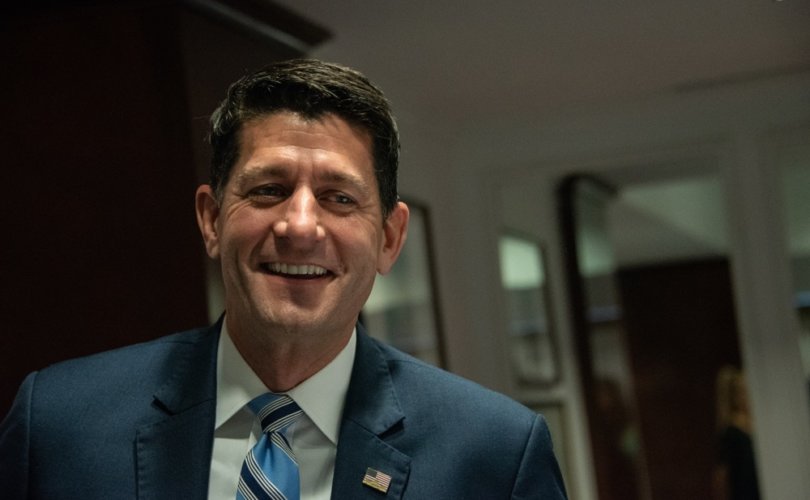 October 1, 2019 (American Thinker) — One of the greatest public services President Donald Trump has done for the nation is forcing institutions and people to reveal their true character.

Were Fox to follow this advice, the network would have even fewer viewers than CNN, which can at least count on hapless airport captives to boost its numbers. I find it hard to believe that any of Fox's viewers are not to the right of Shepard Smith and Chris Wallace. If Fox management thinks it can somehow compete for liberal viewers, it is delusional.

These people are supposedly preparing for life after Trump, but more likely, they are preparing for life without viewers. For when they speak of chasing moderates, what they are really suggesting is appealing to liberals. These viewers are never going to tune in to the object of their hatred when they have so many long established liberal echo chambers, no matter how many Donna Braziles they bring on board. But Fox management can certainly chase off its audience by following Ryan's advice. One America News, or another network to be named later, would welcome their viewers.

Most Republican voters did not realize how in thrall so many of its leaders were to globalism and open-border insanity. They do now.

Trump has realigned the Republican Party, and there is no going back any time soon — not without completely destroying the party and likely the country in the process. That realignment has offset what looked to be a permanent demographic advantage for the Democrats as Trump's commonsense nationalism is chewing into voting blocs Democrats thought they had locked up for generations.

This is why the latest impeachment gambit is an act of pure weakness, a sign that the Democrats do not think they can beat Trump's message at the ballot box.

Trump's approval rating is at least 91% among Republicans. But that number tells only part of the story. That approval runs deep.

Why? Because Trump kept his promises to his voters. His record of accomplishment on the full gamut of issues that his voters care about is impressive. He has been the best Republican president of the modern era on what matters the most (energy independence, unleashing the economy, appointing Constitution-minded judges, keeping the U.S. from further foreign entanglements, advancing the pro-life cause, the Second Amendment, etc.).

A Trump-hating liberal colleague and friend asked me what Trump would have to do to lose my support. The answer was easy: abandon both his principles and his supporters. Judging from his splendid speeches last week in defense of religious freedom and serving the national interest, that is not going to happen. A national election is a binary proposition. It is simply not possible for Trump to devolve to the point where any of the current Democrat options would be preferable.

Republican voters are no longer going to tolerate globalists or Weekly Standard–reading foreign adventurists. That era is gone. Those voters are all too aware of the rigged system that was passed off as free trade, even as the U.S. and working-class Americans were ripped off.

Any Republican politician who thinks his constituency is the media and not the voters is in for a rude awakening. Mitt Romney, who once all but rolled over onto his back so Candy Crowley would scratch his belly, has been one of the worst offenders. Apparently, Crowley is way scarier than Trump, since Romney did not have a bad word for her as she eviscerated his campaign.

Even though Utah is not among the most pro-Trump Republican states, Romney's approval is crashing among the broader Republican electorate. He is of that breed of Republican, following in the footsteps of George W. Bush and John McCain, who would not dare criticize a Democrat, reserving his fiercest barbs for a fellow Republican. Why? Because these politicians become addicted to being a hero in the media's story.

Romney is more Fredo than Lando, too foolish to realize how badly he is being used even as he listens to the media sirens calling from the rocks. It's bad enough when Republican voters see Democrats opposing Trump. But the way so many Republicans do it is disgraceful and dispiriting.

This is not to say the president is above criticism. But adding Republican voices to obvious liberal insanity is a sad spectacle of self-loathing. It's mostly a media phenomenon. If you are a Republican, the media are the enemy. Any Republican who does not understand this dynamic is not fit for office.

Barack Obama could always count on full party loyalty, and the media would have crushed any dissenting Democrat voice that broke from him. Those same media will celebrate any Republican who breaks from their party. John McCain practically built a career out of bowing to the media, and Romney seems committed to being his heir to that party-bucking label.

When Republicans go bad, they quickly progress through the seven stages of stupidity. Bill Weld suggested that President Trump should face the death penalty over Ukraine. For what is anyone's guess. He must really seek media adoration to have eclipsed the insanity emanating from the Democrat clown car. Shocker that he is down by only 67 points in New Hampshire. Hey, there is still time for George Will to jump into the race to really shake things up.

Many former Republican pundits and washed up former politicians labor under the delusion that Trump is an aberration and that their audience will come back begging them to toss their pearls of wisdom before deplorable swine. It's never going to happen. Their audience is gone unless they have a serious conversion moment.

Without Trump, many Americans would not know how awful so many of these politicians and pundits truly were, even as they helped advance the Democrat anti-nation globalist nightmare vision.

It was a good con while it lasted, but it's over. While the Paul Ryans of the world were vastly preferable to most Democrats, they were still awful, wrong on far too many issues and not committed to actually championing anything of value or opposing the destructive forces arrayed against the Republic. This latest outrage brings further clarity to Ryan's long track record of failure in the House of Representatives.

Most Republicans will never again care what Mitt Romney thinks about anything, nor will they look to Paul Ryan for guidance or direction. Unless the Murdochs really are set on CNNing their empire, they would do well to send Ryan packing.