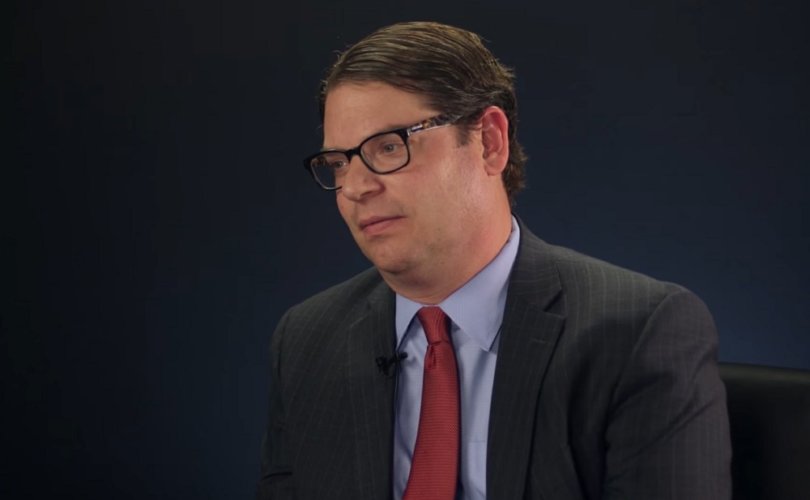 February 12, 2021 (Family Research Council) — There were a lot of interesting storylines from the 2020 election that got lost in the mess of recounts and court cases. But now that some of the fog is clearing, and both parties have a chance to follow the trends, Republicans are coming face to face with a stunning development. It wasn't just minority voters that ran to Republicans last November. If you're looking for the sharpest dividing line in the country, it was in a place most pundits didn't look: marriage.

Brad Wilcox has been studying the institution of marriage for a long time — but even he was surprised by the data. Married Americans keep voting Republican, he wrote after poring over the numbers from the 2020 election. Of course, he agreed, it's long been assumed that “… families and communities with more children tend to vote red. But there is another key dimension: Marriage continues to shape U.S. elections. This past November, married Americans and communities with more married men and women were markedly more likely to vote Republican.”

In fact, Wilcox explained, it's one of the strongest associations in voting behavior he's seen. “You see this trend across the board,” he explained on “Washington Watch.” Of course, one of the more interesting things about it, he says, is that researchers can't tell which drives which: “whether being conservative drives you to marriage or marriage drives you to conservatism.” Either way, he says, marriage — not race or gender — was the best predictor of voting trends. “To be clear, we were looking at regional trends. But the biggest factor we saw in our research here was the marital status of populations across counties in the U.S.”

In fact, it wasn't even close. Married men were not only more likely to vote for President Trump (56-42 percent) but married women too (52-48 percent). And interestingly enough, Brad found that married couples were even more likely to gravitate to Trump in 2020 than 2016 — so the trend continues to grow. “That was a striking finding,” he agreed, “that there was a majority for both. And that there was an increase from the last election to the current election.

“We do know,” Brad explained, that “Americans who report that they're more conservative are more likely to get married in the first place — and they're actually more likely to stay married today. And that sort of divide between conservatives and liberals has grown since the 1970s… But we also think that sort of the transition into marriage might make people more conservative as well, that just your attitude towards taxes or attitudes toward government could be conditioned or shaped by whether or not you have a spouse and the financial resources that tend to come with having that stability on the home front.” A person's views on things like education, crime, or any number of issues can be shaped by whether you're married with children. People who are single, he explained by way of comparison, especially single parents, are more likely to rely on government for financial support.

Of course, there's a powerful message in this for both parties — but for Republicans in particular. If conservatives would start emphasizing policies that promote marriage and family, they'd be doing themselves — and this nation — a huge favor. Our entire country would benefit from more programs that make it easier to afford getting married and having children. “We need to be thinking of constructive ideas that… make family formation easier for ordinary Americans,” Brad insisted. He pointed to a recent poll, where half of Americans felt like they didn't have the number of kids they wanted to have — in large part, because of finances. “It's time for policymakers to look more closely at the economic challenges facing ordinary families.”

If we want more Americans to vote red, let's start by getting them in the black!