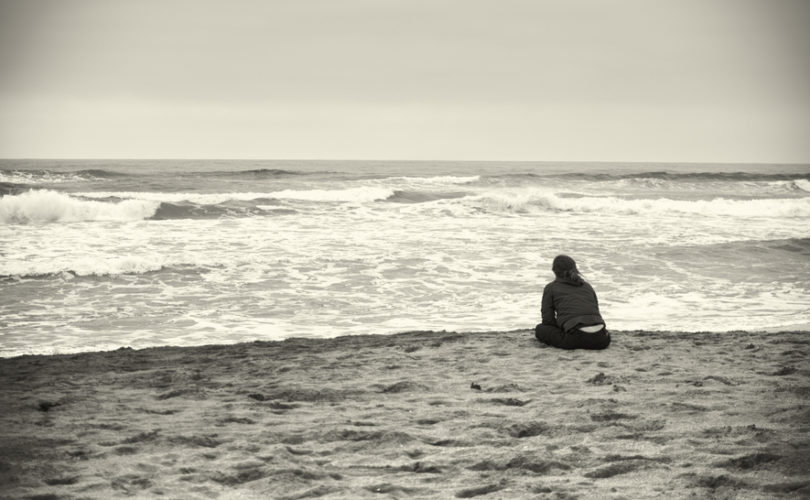 September 1, 2015 (LifeSiteNews) — A new report in a journal with the telling name “Contraception” has concluded that Crisis Pregnancy Centers (CPCs) in Ontario treat abortion as if it were something more than having a wart removed and that the counseling found at such centers only contributes to “abortion stigma” by using “judgmental and shaming” techniques.

Titled “Toll free but not judgment free: Evaluating post-abortion support services in Ontario,” the report is from beginning to end nothing but pro-abortion propaganda written by pro-abortion activists. It appears to have the goal of silencing pro-life counsellors who recognize that a living human being exists in a mother’s womb and that when a mother kills her own child it will eventually come back to haunt her.

Killing another person always damages the soul of the killer, whether the victim is a full grown adult, a child, or a baby in the womb. Shakespeare expressed this well in the character of Lady Macbeth, who, for all her ambition, cunning, and strength of will, eventually cracked after masterminding the coldblooded murder of the king. Through her display of psychological disorders and gradual loss of reason Shakespeare offered a severe warning to anyone who deliberately acts to bring blood upon their own hands.

But of course, for the authors of this report, abortion is not murder. There is no blood on anyone’s hands that should make anyone feel guilty. And so, of course, pro-life counsellors have no place helping such women through a grief that they should not even be experiencing.

In fact, authors Kathryn LaRoche and Dr. Angel Foster, both from the University of Ottawa, set off to show just how bad post-abortion counseling is at pregnancy centers. And they apparently have a huge axe to grind against the people working at these centers.

Quoting largely from pro-abortion sources, the authors state at one point that there is “no evidence that first trimester abortion is linked to mental health conditions” but then immediately go on to state that women sometimes experience a “range of emotions and feelings after a termination” that makes them seek out “post-abortion support.”

Talk about wanting to have your cake and eat it at the same time. The cognitive dissonance is almost nauseating. The authors say that abortion is no big deal and that it should not bother women, but then go on to say that if it does bother them, well then, they should be able to talk to people who will only pat them on the back, telling them that they really have nothing to be down and out about.

I think the authors realize that the abortion industry is in a bit of a bind in that it doesn’t offer post-abortion counseling to women, because, as the industry says, abortion is ‘good’ for women. But the authors see that many women seek help after abortion and that they have no real alternative other than pregnancy centers that see abortion for what it really is, namely the killing of a human life. Since such places contradict the pro-abortion mantra that abortion is good for women, the authors hope to get rid of them, calling for the establishment of new “post-abortion support resources” that are “non-politicized, non-judgmental, and non-directive.”

The authors’ position is simply sick and twisted for the reason that post-abortive women are truly broken and hurting individuals precisely because of the child they have lost and the relationship they have lost with that child through abortion. We know this is true because pro-women organizations such as Silent No More have gathered the personal testimonies of numerous women who are willing to publicly state how their lives have been damaged and even ruined by abortion. There are also places such as Rachel’s Vineyard which have helped untold numbers of women come to terms with feelings of bereavement, guilt, shame, and self-hatred as a result of having an abortion.

The psychological and emotional pain experienced by many women after abortion is real. It is not something projected onto them by pro-life counseling centers. Some experience it right away, others later on down the road. The researchers reveal their bias by ignoring the real stories of real women who have gone through abortion and regretted it.

It’s as if the authors of this report want to lock post-abortive women in a lifetime of guilt and regret by taking away from them the only resources that actually help them come to terms with the pain experienced after abortion. This is not helpful to women. This is simply cruelty and torture.

I noticed how the authors conveniently left out the definition of abortion in their report, saying only that it is an “extremely common experience” that almost 1/3 of Canadian women undergo in their lives. That “common” experience is a violent and gruesome procedure that destroys the life of an innocent person, depriving them of their right to life, liberty, and security of the person. Abortion is ugly, disturbing, inhumane, and a gross violation of human rights that has no place in a country that calls itself ‘civilized.’

Ontario’s pregnancy centers perform a crucial service in helping post-abortive women come to terms with their actions and their loss. This is a grace and a mercy. Healing, peace, and forgiveness can only come to post-abortive women after they have recognized the truth of what they have done, namely that abortion stripped from them a child whom they ought to have loved, nurtured, cherished, and protected.

I say shame on these authors for failing to recognize the humanity of the preborn, for being calloused to the true needs of post-abortive women, and for writing a report that casts the unsung heroes of pregnancy centers in a bad light. They should retract their report and apologize to all the women who have been hurt by abortion.

Appearing in a glossy journal with a recognized name in reproductive medicine, the report is little more than a “whitewashed tomb that looks handsome on the outside but inside is full of dead men’s bones and every kind of corruption.”