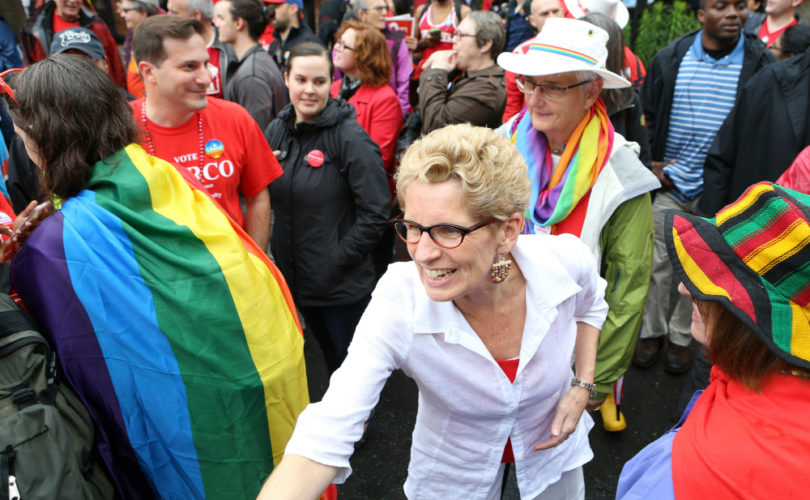 November 17, 2016 (TheSpec) — Canada is a wonderful land of freedom from sea to shining sea. It was established on the principles of peace, order and good government. Sadly, good government has often been used as a pretext for overreaching into family affairs.

In practice, it was a politically correct pretense for violating aboriginal families. And it went directly after the children.

Today, residential schools have been justly described as instruments of “cultural genocide,” and a bludgeon to “kill the Indian in the child.” Children were forcibly removed from their families, deprived of their language and culture, and often subjected to physical and sexual abuse.

Worst of all, they were forcibly enfranchised.

“Forcible enfranchisement” is a disgraceful euphemism for declaring children to be “free” from their parents' care. The term cast aboriginal parents in a role akin to slave owners, and the government as their children's liberator.

Of course, they weren't entirely free. The government, freeing children from the natural bond to their mothers and fathers, took on a contractual responsibility of being the children's wards.

What happened in residential schools in the name of Christianity and civilization was neither Christian nor civilized. It was an atrocity.

I thought we Canadians had learned that lesson. Yet as a Christian and as a member of the Mohawk nation, I cannot ignore how the government is repeating its pattern of overreach into the family.

Most people in Ontario still haven't heard of Bill 28. It is an omnibus bill redefining the family. It is currently being rushed through the Ontario Parliament without any real consultation, and with virtually no media attention. It apparently enjoys all-party support, and has already passed its second reading.

There has been absolutely no consultation of the public about the redefinition of the basic social institution of every person throughout human history.

The structural racism of the bill against the many immigrant communities of this province is also apparent. For most people, and particularly for our province's growing immigrant population, it is safe to say that their families are the most important thing. They don't even realize what is about to happen to them.

The democratic deficit is plain.

So is the damage this bill will cause. It is an assault on every Ontarian. It gets rid of “mother” and “father” in family law — mum entirely — to allow for a purely contractual relationship between up to four adult parents, and the children that are legally identified as theirs.

The legislation is there to appease the LGBT lobby and help them procure children.

However, it doesn't just affect them.

In fact, it treats the family as a zero sum game.

According to this Bill 28, this new legal “family” can only exist if the traditional, natural family unit is destroyed. In the process, it also makes it far easier for the government to seize our children because henceforth we too will only have a contractual — not a natural — bond to our children. As we know, contractual relationships are easy to change.

In other words, under Bill 28 all children in Ontario will become commodities.

Whereas “Christianity” was once falsely invoked to justify actions against families, it now transpires under the deceptive name of “human rights.”

Aboriginal Canadians know all about this terrible experience.

I call on my fellow Ontarians to demand immediate government consultations on Bill 28, and ward off another residential schools-type disaster in our history.

Scott Masson is an associate professor of English literature at Tyndale University College in Toronto. This article is reprinted with permission from The Hamilton Spectator.