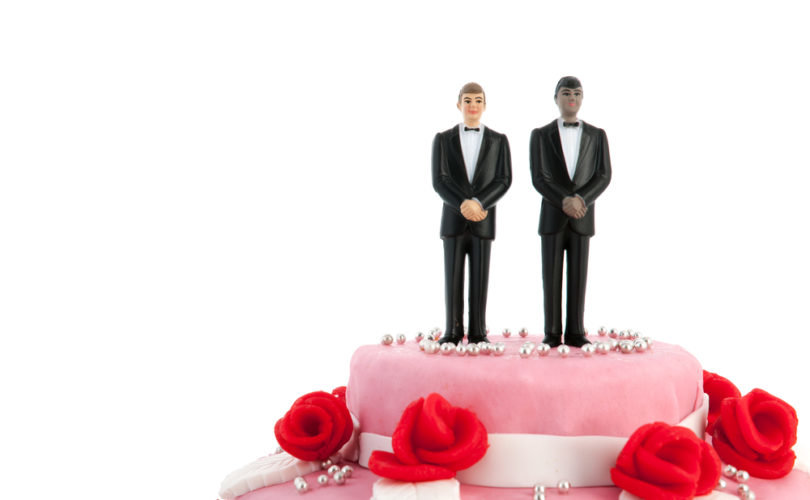 February 3, 2015 (ThePublicDiscourse.com) — Writings often trigger defining moments in moral history. The Decalogue prescribed the pattern for living an ordered life for a newly freed people, the Edict of Milan set forth an official policy protecting religious liberty, Magna Charta provided political guarantees for religious expression, and the Declaration of Independence justified a revolution against tyrannical and religiously intolerant political leadership. In 1963, Dr. Martin Luther King, Jr.’s Letter from Birmingham City Jail set forth a citizen’s moral justification for refusing to obey, not simply any imprudent law, but a fundamentally unjust law.

Today, religious liberty is again being suppressed. Business owners are increasingly coerced to participate in and contribute to same-sex ceremonies. King’s principled wisdom is once again needed. And yet, some people of faith like Russell Nieli tell us to express dissent but nevertheless comply with these coercive demands, arguing that this comprises a “third way.” But would this not functionally reduce King’s brilliant logic and historic analysis to being no more than a private expression, devoid of real-world traction, rather than a costly but principled call to action? Would this not wither these worthy writings?

While I am grateful for Nieli’s thoughtful and nuanced approach to this topic, his proposed solution for business owners facing legal pressure to contribute to same-sex ceremonies ultimately fails.

Nieli ought to be commended for addressing this topic in a manner that accurately catalogues the very real impingements on conscience faced by creative artisans in the wedding industry. His contribution avoids pedantic drum-beating and does not demonize anyone on either side. This is both refreshing and necessary for reasoned public discourse. Moreover, he focuses on a solution, rather than simply repeating an alarmist “the sky is [or is not] falling” motif.

Unfortunately, Nieli’s proposed solution solves nothing for those currently defending their constitutionally protected freedoms and for countless others caught in the crossfire. After drawing a dubious distinction between “big business” and “mom and pop” stores, he proposes that these latter entities comply with newly fashioned “sexual orientation/non-discrimination” (SOGI) laws while posting a winsomely worded announcement somewhere voicing disagreement with those laws. Nieli concedes that SOGI laws are unjust, yet he claims that respect for the rule of law coheres with his call nevertheless to obey these unjust laws.

His solution is mistaken on several fronts.

A Mistaken View of Reality

First, philosophically, same-sex ceremonies depend on something deeply problematic: a mistaken view of marriage and a mistaken view of language. His solution exacerbates this problem. Marriage is pre-political; it is not a creature of the state. Marriage consists of the conjugal union of one man and one woman. That is its ontology—what it is. Calling something else “marriage” in word and then confirming it by action and ritual presupposes a mistaken view of reality.

Calling non-marriage “marriage” displays a constitutive rather than correspondence theory of reality. In truth, words “correspond to” or describe reality. Contrary to popular belief, words do not “constitute” or determine what is real.

Whether done under protest or not, participating in or contributing to a same-sex ceremony—which for many creative professionals is a four-, five-, or six-day intensely creative process— wrongly reinforces the mistaken notion that our words can remake reality, inverting the role words and language play in connecting life and persons to what is real. This sort of thinking also undergirds the gender ideology that teaches that one’s “gender identity” is a subjective apprehension constructed by the individual and the culture and thus devoid of anything metaphysical. A solution that reinforces a mistaken view of reality solves nothing.

Second, Nieli contends that mom-and-pop enterprises are really an extension of the “family, its values, or their private life.” Not only does his assertion that larger, more impersonal businesses or franchises cannot possess and express moral messages and values contradict the Conestoga Wood Specialties and Hobby Lobby rulings, his point about mom-and-pop endeavors actually undermines his own thesis.

If, in fact, mom-and-pop enterprises uniquely convey moral messages, then directing them to violate or undermine their unique moral message is even more directly onerous and more directly injurious. As he notes, these “Proprietors . . . remain agents only of themselves.” Thus, his “solution” requires coerced speech. That is, it mandates that these precious, small, extended-family enterprises speak and act in a manner that erodes and contravenes their family, values, and private-life messages.

This also means, consequently, that their convictions in these areas become publicly suspect, given the contrast between their speech and their actions. This “yes/no solution” requires them publicly to embrace inconsistency, if not actual hypocrisy. Mom and Pop’s reputation can only plummet in such circumstances.

No Accommodation for Injustice

The third and most significant analytic error in Nieli’s proposed solution stems from its failure to grapple with the implications of unjust laws. Nieli does not claim SOGI laws are simply imprudent. Rather, he openly admits that they are unjust. Yet Nieli frames his solution as part of the “religious accommodation” jurisprudence inaugurated during the New Deal era. This is erroneous, for there can be no “accommodation” with an unjust law. One can accommodate stupidity, but not inherent injustice. As King rightly noted, relying on giants of moral philosophy:

You express a great deal of anxiety over our willingness to break laws. This is certainly a legitimate concern. Since we so diligently urge people to obey the Supreme Court's decision of 1954 outlawing segregation in the public schools, it is rather strange and paradoxical to find us consciously breaking laws. One may well ask, “How can you advocate breaking some laws and obeying others?” The answer is found in the fact that there are two types of laws: there are just laws, and there are unjust laws. I would agree with St. Augustine that “An unjust law is no law at all.”

And, of course, King penned this from jail, having been arrested for contempt. King understood the chasm of conscience created by one facing an unjust law; he could not simply post a sign and then go obey anyway. He knew he needed to act according to his well-formed conscience, come what may, and that—and that alone—provided the incarnated and consistent justification for resisting these unjust laws. By contrast, announcing disagreement with injustice while acting in agreement with it disintegrates the human person. It separates man’s words from his deeds, searing rather than sustaining his conscience. This “solution” does not heal; it harms.

Fourth, the “solution” is also unworkable, even if it were deemed prudent. Nieli acknowledges that if the indicated law required action or messaging supporting abortion, this “strategy would obviously have to be rejected.” This claim is wrapped in a judgment about the “order of gravity” and abortion being a “moral violation of a radically different order of magnitude.” Really?

Are the situations morally different between a health-care provider and a business owner? Each person’s conscience is being wrongly violated. Each person would be disintegrated if he acts against his conscience. Harm inures in each case once the specific conduct occurs: to the unborn child as well as the health worker, and to the same-sex ceremony participants as well as the business owner. Taking innocent life is inherently immoral; cooperating with and facilitating that immorality remains inherently immoral. Similarly, the conduct desired in a same-sex ceremony is inherently disordered, and the conduct practiced is inherently immoral; cooperating with and facilitating that immorality as an artisan who affirmatively contributes a component to that ceremony remains inherently immoral. The fact that one takes life and the other does not is morally irrelevant to the coerced actor—the same breach of conscience occurs and the same disintegration occurs, because both facilitate inherently immoral activity.

The simple truth is this: one need not be required to take innocent life before one ought to be able to stand firm in one’s conscience against an unjust law. As the tradition teaches, even the tiniest pinch of incense to Caesar is too much compromise for a well-formed conscience. Indeed, stopping an unjust law before it leads to innocent bloodshed is morally preferable, is it not? Ask King—or, if you prefer, St. Thomas More, Maximilian Kolbe, or Dietrich Bonhoeffer.

The use of an announcement that one disagrees with the law is not a silver bullet, nor even a “third way.”  This may stem from Nieli's misapprehending the aim of SOGI laws. The “harm” SOGI laws target is not the lack of services, but the injury to the same-sex couple’s sense of dignity. Frankly, in today’s hostile legal environment, posting what Nieli proposes could well expose Mom and Pop to a charge of “animus,” which is the driving force for much of the legal effort undermining marriage today. If so, then the posting of the announcement could well be deemed “offensive,” “bullying,” or even “hate speech,” all of which could be deemed to comprise harm to dignity.  Thus, posting the announcement would comprise a separate “violation.”

The SOGI laws are designed to silence the messages such a sign would convey. It is naïve to think that such postings would be allowed to exist for long, because they flout the prevailing orthodoxy that bans dissent from or disapproval of total sexual autonomy.

History’s signposts of liberty show us the path toward preserving conscience and religious liberty. King’s letter and More’s dissent—and the long moral tradition upon which they build—admit of no “third way.” When conscience flirts with the idea of accommodating an unjust law, it must politely, yet firmly, reject the sirens of seduction. Any other result would be—in a word—compromise.