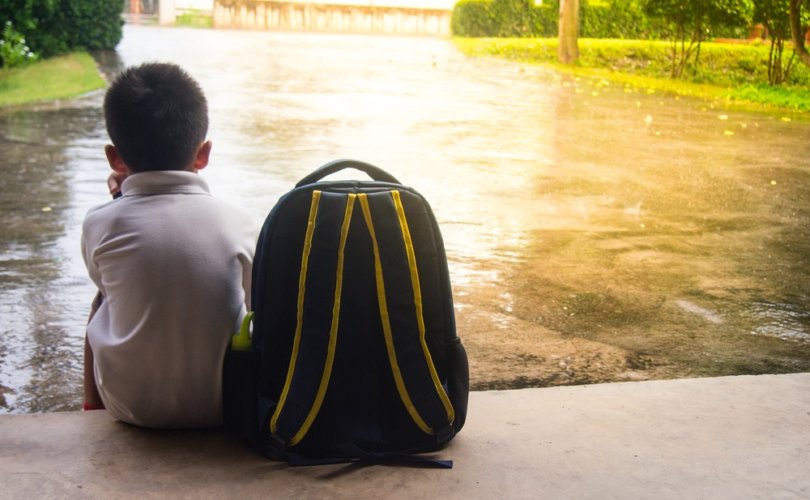 September 16, 2020 (Family Life International NZ) — New Relationships and Sexuality Education Guidelines which push the gender diversity and inclusivity narrative have been published by the Ministry of Education. The guidelines are intended for teachers, leaders and Boards of Trustees of all State and State-Integrated schools.

There are two guides, one for years 1–8 and another for years 9–13. Both guides are titled Relationships and Sexuality Education. Content in each document is generally the same, with some issues, such as pornography, and sexting, being fleshed out further in the secondary school resource.

According to the preamble on the Ministry of Education site, the guidelines “make explicit the key learning at each curriculum level.” The Ministry claims to have integrated “the latest research on relationships, gender, sexuality, and wellbeing.”

The documents are a revision on the 2015 resource “Sexuality Education: A guide for principals, boards of trustees, and teachers”. They have been developed in response to the Education Review Office report “Promoting Wellbeing through Sexuality Education.”

Sexuality education is required in the New Zealand Curriculum through the Health and Physical Education strand for New Entrants to Year 10.

In order to ensure all students receive sexuality education, including senior students in Years 11 to 13, and students whose parents have removed them from this aspect of the curriculum, schools are encouraged to provide “opportunities in health education, in other curriculum programmes, and in many other school contexts.”

The Ministry of Education maintain that “relationships and sexuality education cannot be left to chance in schools,” and are advocates for this education to begin from early childhood, building consistently.

What parents need to know

Although key learning indicators linked to the NZ Curriculum do include the usual sex ed suspects (naming body parts — including genitals — at level one, contraception, consent, sexual health, etc), a thorough reading of the documents leaves one with the impression that the purpose is to groom young children into accepting a worldview that embraces homosexuality and transgenderism as normative.

In the overview, the intention is made clear. The authors state that the guidelines

“cover learning about relationships as well as about gender and about sex and sexualities. They discuss social and emotional learning and look at how young people can come to understand the physical and social contexts of gender, bodies and sexuality… The formation of young people’s personal and gender identities is viewed as an ongoing lifelong process.”

In addition, schools are asked to implement policies and foster an environment which embraces gender diversity.

Schools are required to:

In addition, policies should include:

A quick glance through the Glossary of Terms at the back of both documents, confirms any doubts about the purpose of the document. With the exception of STI’s, every term is specific to gender or sexual orientation.

Upholding the human rights of all people is said to be essential, but that’s not really the case

While the documents express a concern for the rights of all to be upheld, on a closer reading, it is clear that these rights only pertain to certain people. The Human Rights Commission is quoted within the texts:

“All people have the same rights and freedoms, regardless of their sexual orientation, gender identity and expression, and sex characteristics (SOGIESC). SOGIESC is an umbrella term like Rainbow, LGBTQI+, and MVPFAFF. It includes people who are takatāpui, lesbian, gay, bisexual, queer, intersex, transgender, transsexual, whakawāhine, tangata ira tāne …”

Cross-curriculum learning about Relationships and Sexuality

Sexuality education is traditionally taught as part of the Health and Physical Education learning area. Under the Education and Training Act 2020, parents and caregivers can legally request in writing that their child be released from health class during sexuality education.

However, this new resource encourages teachers to find opportunities across the curriculum, and to utilise “authentic social contexts” as teaching opportunities. The exemption above does not apply to other subjects or instances where sexuality is discussed.

Each document gives example learning intentions for each curriculum area, showing how the Guidelines might be integrated into other subject learning. The following examples are important as they show how the narrative can be applied outside of Health. These examples serve as a warning to parents be very vigilant.

The Guidelines actively work to dismantle the natural family

According to the documents, it is important for schools to “include policies that explicitly require inclusion of diverse staff, families, and community members who interact with the school.” This, it is said, is part of the whole-school approach of establishing and maintaining a culture of inclusivity.

School events are viewed as opportunities to “welcome diverse families with a range of structures, actively including same-sex, trans, and gender-diverse partners and community members.”

Furthermore, teachers and school leaders are encouraged to use language which recognises “gender diversity and diverse families.”

“Schools should avoid referring exclusively to “Mum and Dad” and include other possible family structures, such as families where single parents, same-sex parents, gender diverse-parents, foster parents, or other family members are the key caregivers” the document states.

There is no doubt that teachers need to be sensitive to the family situations of their students. However, marriage and family are the foundation of a civil society. We do a grave disservice to our children when we undermine the institution of the natural family.

Both primary and secondary school Guidelines highlight a belief that students should have “access [to] toilets and changing rooms that align with their gender identification,” claiming that it “supports their sense of identity and wellbeing.”

While acknowledging that “toilets and changing rooms can be unsafe environments,” limited consideration is given to the feelings and vulnerability of students who may have to share the facilities.

Gaining student feedback is given a cursory mention, although seemingly, it is more important to gain the feedback of those students who identify as “trans, non-binary, or intersex”, rather than the boys and girls whose spaces are being impinged.

“Trans, non-binary, and intersex ākonga (students) should be able to choose a toilet and changing room that matches their gender identity. Trans girls should be able to use the female toilets if they prefer to. Ideally, schools will have at least one gender-neutral toilet available for ākonga, but trans, non-binary, and intersex ākonga should not be required to use this rather than male or female toilets.” (RSE Guidelines)

Access to toilets by students who “identify” as a gender other than their biological sex has already become an issue in New Zealand schools. Some female students have been ridiculed for feeling disturbed and vulnerable in such situations. With these Guidelines in place, students will have less of a voice than ever before.

Activist support groups operating within secondary schools are actively encouraged. According to the Years 9 to 13 document, these support groups can be teacher and/or student led. The groups include “gay-straight alliances, queer groups, rainbow groups, peer sexuality support groups, feminist groups, and school health councils… advocating for change within the school.”

Assistance in setting up these activist groups is given by way of listing three resources:

These so-called support groups have as their goal the normalisation of LGBT behaviour within the school community.

With the exception of the promotion of teen parent units, it is disappointing to note that groups advocating positive healthy lifestyles, such as chastity (which includes abstinence) or pro-life advocacy groups are not mentioned as potential advocates for change in the school community.

Pornography and sexting are addressed, but not because they are bad for young people

However, the concern doesn’t appear to be that pornography and sexting are bad for youth or people in general.

Referring to research, the authors state that “young people want more and better information about sex and sexuality. RSE programmes provide an opportunity to discuss the complexities, issues, and impacts of widely available pornography, including how it is becoming a kind of de facto sex education.”

There is the concern: that pornography is becoming a “de facto sex education.” The Ministry would much rather teachers provide the sex education.

This attitude becomes blatantly clear when making reference to the legal implications of sexting. “Even if the person portrayed originally shared or made the images or video with someone consensually, that doesn’t mean that the person has consented to its being shared to a wider group,” the document states. The inference is that if consent is given, the original act is acceptable behaviour.

Recommendation that school uniforms be reviewed

According to the Relationships and Sexuality Guidelines, uniforms for boys and girls is “an exclusionary practice.”

The recommendation that school uniforms be reviewed is not a small matter.

All bullying is nasty behaviour that strips people of dignity. Bullying can never be tolerated.

But like all good things, there is the potential for it to be hijacked. That is the case with anti-bullying campaigns which are used to mainstream LGBT behaviour.

C-Fam, an organisation which keeps a close eye on developments at the United Nations, saw this hijacking coming some years ago. In a 2016 article they highlighted a UNESCO report, which advocates for “inserting LGBT materials into public school curriculum worldwide by means of a UN General Assembly mandate aimed against bullying.”

In that article, C-Fam staff noted concerns that the report “uses the issue of bullying as a pretext to mainstream homosexuality among children.” The report made “no reference to children with disabilities, those belonging to religious minorities, or migrant children who are also targets of bullying.”

In 2016, C-Fam reported that the General Assembly had given the green light to a Global Anti-Bullying Campaign.

Turning back to New Zealand, evidence of the influence of the UNESCO’s reports can be found. The Relationships and Sexuality Guidelines specify that procedures around dealing with bullying should “directly address” incidents related to “sexual orientation and gender identity.”

“Such bullying includes making sexist remarks as well as homophobic or transphobic mocking and name-calling,” the Guidelines state.

Readers are directed to find out more from bullyingfree.nz, which has a plethora of information about bullying in general and includes a specific section relating to LGBT bullying. There, a Ministry of Youth Development survey is referenced, stating schools should lead by “acknowledging and normalising LGBTIQA+ young people.”

There is an agenda being implemented which is accelerating at lightning speed. It’s an agenda that wants to destroy all that is true, good and beautiful about friendships, sexuality, marriage, family and replace them with a distorted, inverted notion of freedom.

Find out what parents and caregivers can do here.