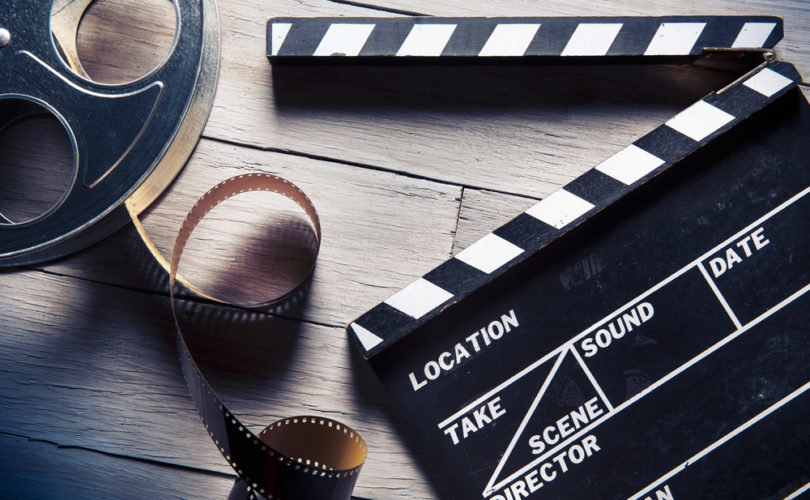 September 20, 2018 (The Bridgehead) – The just-released Netflix documentary Reversing Roe begins with flashing images set to gripping voice-overs from both sides of the abortion debate: A pro-lifer describing how “the baby is ripped limb from limb while the heart is still beating” – and the tearful voice of a woman pleading with legislators to leave the difficult decision of abortion in the hands of women and doctors. The images show headlines announcing the passage of dozens of new pro-life laws across the United States. Over 200 abortion restrictions, the narrator announces, have passed since 2010.

Actually, the number of pro-life laws passed since 2010 sits at well over 300. For pro-life activists or those familiar with the movement, Reversing Roe will not provide much new information – rather, it is a succinct summary of strategies that have been discussed openly for decades. Pro-lifers, the documentary reveals, have been focusing on legislation that undermines Roe v. Wade, is able to survive a court challenge, and will also reduce the number of abortions performed in the United States – such as laws mandating abortion clinic safety standards or banning certain types of feticide procedures. Which is all true, but is also fairly common knowledge.

My friend Troy Newman of Operation Rescue surfaced early in the documentary, discussing themes that he wrote about in his 2014 book Abortion Free: Your Manual for Building a Pro-Life America One Community at a Time. “If we have to do it through continuous legislation,” he told the documentarians, “we're going to back again and again and again until we win.” The camera pans his office in Wichita, Kansas, stopping on the Bible verse painted in bold on the office wall: “Lord, train my hands for war.” The Operation Rescue office, Troy explains, used to be an abortion clinic before it got shut down and changed hands. He also gave a tour of his “trophy wall,” featuring framed photos of the many abortion clinics his organization has gotten shut down.

Reversing Roe attempts to cover the history of the pro-life movement and the abortion rights movement leading up to Roe, but can't help lapsing into debunked pro-choice narratives very quickly. Illegal abortions are presented as occuring in the millions – a falsehood that Dr. Bernard Nathanson, one of the original founders of NARAL Pro-Choice America, admitted in his memoirs was entirely invented and was also debunked by Dr. Daniel K. Williams in his scholarly work Defenders of the Unborn: The Pro-Life Movement Before Roe v. Wade. Gloria Steinem also shows up to describe the days when abortion was illegal, detailing the abortion she had and how grateful she is to the doctor who made her promise to “do what you want with your life” in exchange for aborting her baby.

The history of the original Operation Rescue, led by Randall Terry and others as a civil disobedience movement consisting of illegal sit-ins both inside and outside abortion clinics, is presented via archival footage and it is insinuated that these peaceful protests were a precursor to the murders of some abortion workers throughout the 1990s. (Wrath of Angels: The American Abortion War by secular journalists James Risen and Judy L. Thomas does a fairly good job of attempting to stay unbiased, and several veterans of Operation Rescue have told me that the account, warts and all, is largely accurate.) The 1991 Summer of Mercy in Wichita, Kansas – where thousands of pro-lifers showed up to shut down Dr. George Tiller's clinic and police made at least 2,600 arrests – is presented as a key event in the rise of the Religious Right, which had already been going full steam for years by that point.

There were some surprising revelations in Reversing Roe's recounting of the history of abortion activism. For example, there was a bizarre moment just following Roe v. Wade where Planned Parenthood went through an existential crisis in deciding whether or not to provide abortions. The boards of local branches across the country were often split right down the middle on this question, and in the end, all those who were opposed to abortion (or at least uncomfortable with it) had to fall in line behind Planned Parenthood's decision to become an abortion provider, or resign and leave. Most left, and Planned Parenthood is now the world's largest abortion provider. The thought of people opposed to abortion sitting in the boards of Planned Parenthood affiliates is truly strange, a relic of a distinctly different era.

Reversing Roe also highlights what they refer to as the pro-life movement's takeover of the Republican Party, with figures such as Dr. Jerry Falwell, the founder of the Moral Majority and Liberty University, and Phyllis Schlafly (who defeated the Equal Rights Amendment to the Constitution and is considered by historians to be one of the most successful political activists in American history) being featured as key players. One pro-life activist chuckles that it is impossible for a Republican to get elected without at least pretending to be pro-life – and that is largely true. There is some debate in the pro-life movement, however, as to who hijacked who – did the pro-life movement hijack the GOP, or did the GOP absorb the pro-life movement? As long as the political partnership continues to pay off for both sides, that question will in all likelihood stay unanswered.

The film also ignores the profound disappointment pro-lifers have experienced in watching a long line of Republican-appointed Supreme Court justices bend over backwards to uphold Roe, focusing only on the fact that subsequent rulings gave pro-life legislators more leeway in regard to what degree they could restrict abortion. There is also the fact that time and again, even when in firm control of the House, the Senate, and the White House, Republicans cannot seem to accomplish the one legislative priority that could potentially cripple the world's largest abortion provider: Defunding Planned Parenthood. Reversing Roe references this goal and some state-level success, but does not note the failure to accomplish this on the federal level.

The filmmakers do manage to show how successful pro-life activists have been at chipping away at abortion rights despite Roe v. Wade. There is now only one abortion clinic left in seven American states, and abortionists often have to drive or fly long distances to get from clinic to clinic to perform abortions. Dr. Curtis Boyd, who says he is the oldest abortionist in the country, notes that Republican legislatures are strangling the abortion industry with red tape regulations, making it increasingly difficult for clinics to function. Which, several pro-life legislators chimed in approvingly, is the entire point. Annoyingly, the documentary features a number of abortion activists demanding to know why abortion was being treated differently than other medical procedures – without anyone responding with the obvious answer that it is because abortion violently ends the life of a developing human being. Abortion is fundamentally different.

And for the most part, that central question gets ignored: What is abortion, anyway? Consistently, the film presents abortion as healthcare that is being unjustly targeted by religious right-wingers. They show the abortion clinics, and they even show women getting abortions – but they never show the results of abortion. Tony Kaye's 2006 documentary Lake of Fire, which often focused on unhinged extremists who committed violence against abortion workers (he said it made a “better story” than the mainstream pro-life movement), was at least honest enough to show what abortion looks like: Body parts, severed limbs, and a crushed head with an eyeball glaring reproachfully back at the viewer from the bloody mess that was once a baby being calmly rinsed and sorted by the abortionist. It is impossible to understand why passions run so high in the pro-life movement unless you understand what abortion is to begin with. Reversing Roe fails, and probably intentionally so, to explore that reality.

Reversing Roe ends with the election of Donald J. Trump and his pivot from being a pro-abortion Democrat to a pro-life Republican. All of Trump's more repulsive comments are revisited – “If Ivanka weren't my daughter, I'd probably be dating her” – and the filmmakers clearly believe that Trump, like other previously pro-choice Republicans, was forced to switch his position by a powerful special interest group. Many pro-life leaders that I know believe the same thing, while a few are convinced that Trump has actually become pro-life, perhaps through a personal experience of his own. Conrad Black, who knows Trump personally, told me earlier this summer that Trump only supported late-term abortion until someone explained to him what it actually was – and then he changed his mind. Either way, Donald Trump has so far kept his promises to the pro-life movement, and is appointing pro-life justices and pushing for pro-life legislation – which is precisely why Reversing Roe presents such a doomsday scenario that is clearly intended to invigorate and motivate abortion activists.

Overall, Reversing Roe doesn't do a terrible job of reviewing the American abortion wars. The bias of the documentarians is clear, which is to be expected, but they obviously tried to minimize it to some degree by interviewing several articulate pro-life activists and attempting to present pro-life strategies honestly. For those who are unfamiliar with some of this territory – keeping in mind the provisos and mistakes I have detailed above – this documentary may be worth your time.