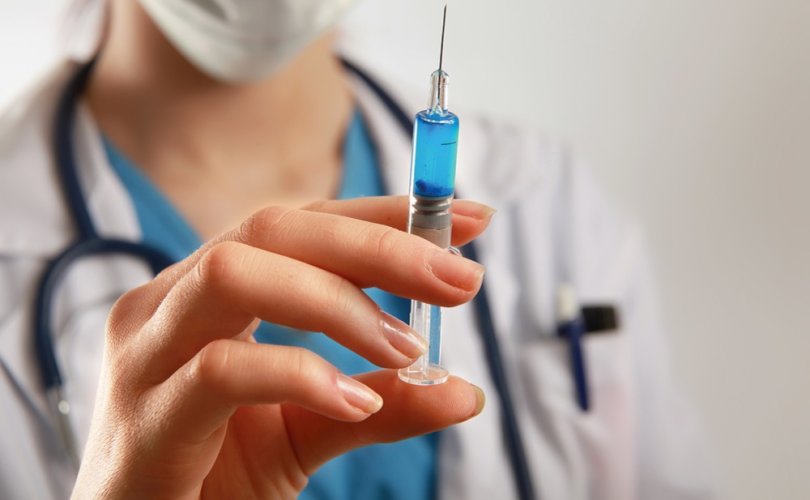 December 5, 2020 (Ordo Dei) — “Akin to, and largely responsible for the sweeping changes in our industrial-military posture, has been the technological revolution during recent decades….Yet, in holding scientific research and discovery in respect, as we should, we must also be alert to the equal and opposite danger that public policy could itself become the captive of a scientific-technological elite.” (President Dwight David Eisenhower’s Farewell Address (17 January 1961), Section IV — my emphasis added.)

“We face a hostile ideology — global in scope, atheistic in character, ruthless in purpose, and insidious in method. Unhappily [as of 1961] the danger it poses promises to be of indefinite duration.” (President Eisenhower’s January 1961 Farewell Address, Section III — my emphasis added.)

In 1996 a good professional acquaintance, with his deep knowledge of foreign biological-warfare research (to include some newly discovered bio-agents and their long-range applications), said to me:

The common target seems to be the human immune system, both as to its weakening and its risk-filled manipulations. And thus we have also come to know of the actually and the potentially weaponized micro-organisms and toxins that are both stress-activated agents and self-sabotaging, autoimmune agents of latent diseases (such as MS — multiple sclerosis — produced now even in little children). Moreover, certain subtle toxins — such as all marine toxins — are themselves very complex, yet they are also thereby covertly useful in camouflaged assassinations.

These words shook me very much, and fostered our further-searching discussions; and they gradually opened me up to a much better and differentiated understanding of some of the cultural and military consequences of the revolution of molecular biology. That is to say, for example, the potential consequences of resorting to psycho-tropic and neuro-tropic, or digital, weapons. And even genetic weapons! These matters have personally shaken me more than any other revolution I have ever earnestly studied, to include the cybernetic realm and some deceitful manipulations in cyberculture.

However, this brief reflective introduction — ultimately about the immune system — does not propose to consider the deeper technical matters involved, many of which are very sensitive (and often still classified) and, besides that, they are so discouraging to discuss.

— Article continues below Petition —
SIGN: Join petition calling for a stop to COVID vaccine testing in Europe
Show Petition Text
16580 have signed the petition.
Let's get to 17500!
Thank you for signing this petition!
Add your signature:
Show Petition Text

For, these matters are indeed often shocking and all too conducive to futility and moral paralysis. By mentioning our earlier 1996 conversation, we wanted to arouse an attentive moral awareness. We never intended thereby to help bring about what we have always tried to insure against: namely a succumbing to final despair, or to spiritual sloth, or to a fatalistic and timid resultant disposition willing to submit and, effectively, to give up in a cowardly acquiescence.

Let us also contemplate, and not forget, what President Eisenhower had more famously warned us about back in January of 1961 and in his eloquent Farewell Address:

We must guard against the acquisition of unwarranted influence, whether sought or unsought, by the military-industrial complex. The potential for the disastrous rise of misplaced power exists and will persist. (President Eisenhower, Farewell Address, January 1961 — Section IV — my emphasis added.)

Let us now further contemplate, if we may, the “misplaced power” of “a scientific-technological elite” currently (as of 2020) — given the often esoteric, at least highly specialized, developments transpiring in the fields of nanotechnologies and robotics and neurology, for example. Especially the convergences and overlaps between information sciences and the life sciences, as with the “cyborgs.”

Were there to be discovered now a well-formed and competent man, such a man could also learn much and teach us much by way of contrasts. He could, for example, go regularly to various scientific conferences at home and abroad on the lookout for “scientific and strategic breakthroughs.” Then he could, if fitting, warn us of some of the coming dangers — to include the moral and spiritual dangers. For instance, he might tell us more about the human effects on the human immune system coming from anti-materiel “radio-frequency weapons” at certain frequencies.

What if, for example, he were to discover evidence of a potential or actual capacity and intention for the targeting of agricultural targets — a form of economic warfare — such as against seeds and against the bees (those indispensable pollinators!)? What if that elaborated capability were found in a foreign country? More positively, what if some country — even our own — had biological agents and covert methods of withering all three of the major “drug crops”? Would that be a form of economic warfare to some countries or some financial elites and “narcotraficantes”? Some biological agents are reportedly good for dissolving the world’s trash; but they can also be turned to destroy material targets, such as bridges, if they are not strictly limited and regulated.

What if you were credibly told that a certain country has a selective bio-agent that can specifically destroy the human eyeball (including that of a child nearby)? We may not long remain unengaged here, can we?

A fortiori, the intentional weakenings and manipulations of the human immune system — to include the larger revolutionary subversions of the cultural immune system (as in the case of the Catholic Church currently) — are quite intimately consequential. That is, they are often corrosively destructive and weakly resisted, with but few enforceable limits able to be set in the first place. It is a slippery slope, as is the case with the manifold risks of experimental vaccines.

It has been said that one of a good farmer’s main purposes is “to increase the fertility of the soil.” Analogously, a truly wise man will sustain his attempts “to enhance the human immune system” thereby protecting it from being vulnerably and dangerously weakened; and also guarding it against its being rashly and detrimentally manipulated.

The various misuses — the unjust abuses — of the revolution in molecular biology are the most difficult and tormenting things that I have ever had to face.

Be careful, as you enter this realm, this very slippery realm, Deo Volente.

Published with permission from Ordo Dei.