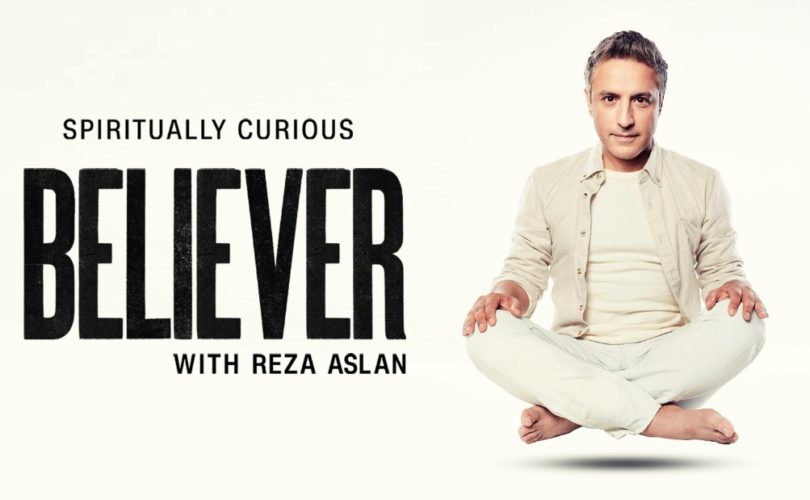 March 9, 2017 (BreakPoint) — CNN has long struggled to understand religion. But the host of an upcoming documentary takes that cluelessness to a whole new level.

So picture this: You visit a restaurant known for serving the best cuisine from around the world. You’re about to sample the fare, when you discover that the chef was born without taste buds. He’s actually never experienced his own cooking, and couldn’t tell the difference between veal scallopini and a peanut butter and jelly sandwich!

That’s sort of how I feel about a new documentary series on world religions hosted by a man who doesn’t seem to understand that different religions are, well…different.

Reza Aslan’s “Believer,” a “spiritual adventure series” it’s called, which premiered Sunday on CNN, explores belief systems from around the world. But in a recent opinion piece at CNN, Aslan (who identifies himself as a Sufi Muslim) makes it clear that he doesn’t believe there are any essential differences between the world’s religions. As a matter of fact, he seems to think all religions are basically subjective nonsense.

“I know better than to take the truth claims of any religion (including my own) too seriously,” he writes. And considering the “conflict” and “bigotry” religion inspires and the way it clashes with reason, Aslan thinks it’s “understandable why so many people view religious faith as the hallmark of an irrational mind.”

Yes, ladies and gentlemen, this is your tour guide to the religions of the world.

But he goes much further, contrasting these recently-evolved “symbols and metaphors” we call religion with something more “mysterious, “ineffable,” and “emotional”: faith.

Quoting the Buddha, Aslan likens the religions of the world to different wells, which believers dig in order to drink the same water. In other words, all religions are equally true. All roads, so to speak, lead to Heaven, resurrection, enlightenment, Nirvana, or whatever else your endgame may be.

But that very sentence is proof of how silly Aslan’s thesis is. Each religion has its own understanding not only of Who God is (or isn’t) and how we receive salvation, but of what salvation itself looks like.

This reminds me of Steven Turner’s satirical observation of this sort of thinking in his poem “Creed.” “We believe that all religions are basically the same, at least the one that we read was. They all believe in love and goodness. They only differ on matters of creation sin heaven hell God and salvation.”

This is, as C. S. Lewis called it, “patronizing nonsense.”

And “patronizing nonsense” perfectly describes Reza Aslan’s idea that all religions are really just different paths to the same nebulous, emotion-centric experience that he calls “faith.”

His fellow Muslims outside of the secular West certainly don’t see their religion as just one valid belief system among many. They confess, as part of their universal creed, that there’s no god but their god, and that Muhammad is his prophet. If you don’t believe these things, you’re not only not a Muslim, you’re an infidel. And guess what? Aslan’s more tolerant Sufi sect of Islam thinks their more militant brethren have it wrong too.

But, someone might ask, if only one of the dozens of world religions is the path to God, how do we know which one it is? What gives us confidence the truth claims of Christ are valid, while those of the Buddha, Krishna, Muhammad, Richard Dawkins, or Reza Aslan are not?

There are powerful answers to this question, which is why every Christian should have a basic knowledge of apologetics. For example, the claims of Christianity are public. They center on a Savior Who lived and performed miracles publicly, died publicly, rose from the dead publicly, and showed Himself to hundreds of witnesses publicly.

Religions like Islam and Buddhism started with private revelations or dreams given to a single person. When it comes to historical verifiability, there’s no comparison.

But here’s the larger point to keep in mind when you hear this sort of talk about religion being pushed by CNN: There may be many wells, but there’s only one that offers Living Water.