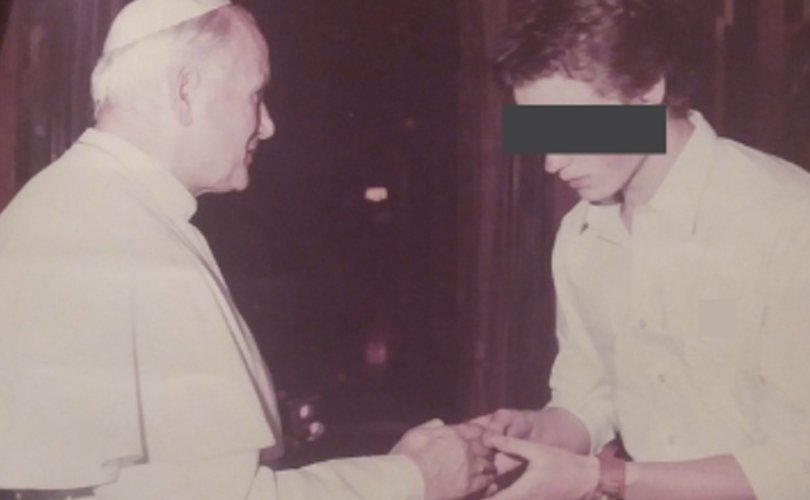 GLASGOW, Scotland, February 3, 2021 (LifeSiteNews) — Once again, Britain is being denounced both at home and overseas as being in thrall to a “culture of death,” after “RS,” a middle-aged man of Polish nationality, died this week as a consequence of nutrition and hydration being withdrawn from him, at the end of a prolonged legal battle, by doctors at the University Hospitals Plymouth NHS Trust.

Following upon the case of Alfie Evans in 2018, this latest death has further highlighted the way in which British clinicians and judges now operate under a mindset in which the preservation of life has become a secondary, even a deprecated, consideration compared with “quality of life.” In both cases, foreign governments went to heroic lengths to facilitate the transportation of the patient out of Britain, under scrupulous clinical conditions, to receive specialist care overseas, only to be frustrated.

In the Evans case, the Pope and the Italian government offered to move the child by air ambulance to the famed Bambino Gesù hospital in Rome; in the case of RS, the Polish government volunteered similar support, even going so far as to confer diplomatic status on their compatriot in an effort to prise him from the clutches of the British judicial system. Both initiatives failed. The relentless drumbeat from both courts and clinicians was “the best interests” of the patient, which were uniformly equated with his death.

Behind the legal issues that were debated in both cases – and in the RS hearings the competing claims of his wife against his mother, sisters, and niece – one fact stood out: the amount of discretionary powers possessed by the judges. They could have come down on either side without departing from the law. In the RS case, the judge concluded that ending the patient’s life was in his best interests, but left the decision on whether to withdraw hydration to RS’s wife and the NHS: “In respect of that, my order is permissive rather than mandatory.”

The outcome, of course, was predictable. RS died as a consequence of the withdrawal of nutrition and hydration, which is a euphemistic way of saying he died of hunger and thirst. Two significant questions arise. The first is: how could anyone claim with the slightest degree of credibility that killing a human being slowly, by hunger and thirst, is in his “best interests”? Could anybody ask for a better illustration of why the establishment is distrusted and despised by so many people today?

The second question, applicable to both the Evans and RS cases, is this: why, when outside agencies were willing and ready to transport patients via state-of-the-art facilities to well-equipped hospitals where they would receive the best specialist and palliative care, without a penny’s cost to the British taxpayer and freeing up an NHS bed and staff, did the courts and NHS refuse cooperation, insisting instead on the death of the patient? Why play such a dog-in-the-manger role?

The answer to that question was provided in the wake of the Alfie Evans case by a headline in the Wall Street Journal: “Alfie Evans and the State. A medical debate that’s gone global is not about the money. It’s about power.” That is the real truth. The medical and judicial establishments exert power of life and death; any challenge to that arbitrary power is seen as threatening a virility symbol, especially when foreign governments are involved.

In recent decades the British establishment has developed an aggressively secular/humanist mindset in which innocent life is not valued of itself – as testified by 9.3 million abortions in the UK since 1967 – but for its so-called “quality.” Although some conflicting medical evidence suggested RS might be moving into a minimally conscious state, the hospital trust wanted to end his nutrition because, as one specialist expressed it, they believed he would never “achieve a meaningful quality of life.”

Quality of life is a genuine concern, but it is being abused. The term “bed blockers,” the callous “herd immunity” mantra at the beginning of the coronavirus pandemic, the routine abortion of 90 percent of babies with Down Syndrome, the pressure to legalize euthanasia despite its abuse in Belgium and the Netherlands – all these are symptoms of the return, even the triumph, in British society of the loathsome cult of eugenics.

Like water dripping on stone, there has been a propaganda campaign to give currency to the notion that the elderly owe the young an apology for inconsiderately remaining alive. Somehow, we have gained a collective impression that a life that is not active, particularly economically active, is of secondary value. This is morally corrosive. The pathetic cliché “We need to have a national conversation” is not a serious way of phrasing the problem; but we do need to pause and engage in a radical reappraisal of where we stand, as a society, on so fundamental an issue as life and death.

The decline in the influence of Christianity has had a detrimental effect on the nation’s moral sensibilities. Sentimentality – an erratic and potentially cruel emotion (the Nazis were very sentimental) – has displaced true compassion. For the best part of two millennia the moderating influence of Christianity on law, the waging of war and every other morally related activity softened the cruelty epitomized by the Roman arena. With that restraint largely sidelined, society is slipping back into old habits of barbarism, often disguised as new, progressive expressions of compassion. Civilization will only learn by the bitter experience of reliving history that ethics are not an adequate substitute for morals.

Looming over the whole debate is the ever-encroaching role of the state. Despite the outcry in the wake of the Alfie Evans case, where is the robust “Alfie’s Law” to re-empower parents? The onward march of the intruder state has become a stampede. U.K. law on organ donation now presumes the consent of anyone who dies to have their organs harvested, unless they specifically opt out by having their name entered on a special register.

The monstrous presumption behind this legislation is that the state owns all our bodies and is entitled to carve them up at will, unless we go cap-in-hand and redeem them, as in a pawnshop, from the all-powerful government. How long before even the right of opt-out is removed from us? Why is it that the thousands of dissenters protesting against arguably justifiable restrictions to contain a pandemic sat on their hands while their bodies were nationalized, their freedom of speech gagged and their children hijacked by the state to facilitate “sex changes” and similar harmful aberrations?

The death of RS, detained on British soil to die while his countrymen sought to bring him home and care for him, is just the latest potent demonstration of the lethal outreach of a doctrinaire state. This is not a British phenomenon: most European courts are at least as bad and the brief intervention by the European Court of Human Rights was downright scandalous. Making Brexit work is about more than fluid trade; it should also be about the rediscovery of the moderation, common sense, fairness, compassion and civilized mores that formerly made this country a good place to live and a safe place to die.

This essay was first published on Reaction.life and is reprinted with permission. Gerald Warner is a Scottish author and newspaper columnist whose work has appeared in, inter alia, the Sunday Times, Scotland on Sunday, and the Daily Telegraph.