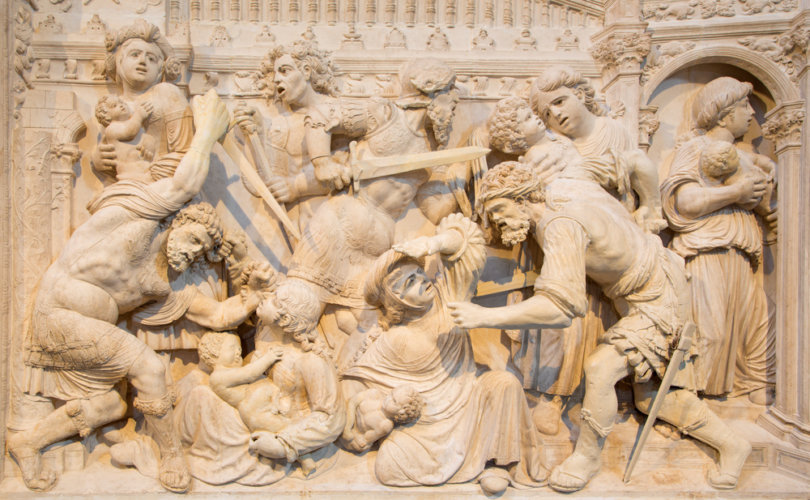 A relief of the Massacre of the InnocentsRenata Sedmakova / Shutterstock.com

January 11, 2017 (SPUC) — The Russian region of Yaroslavl has banned abortions for one day after local religious leaders called for the biblical account of the Massacre of the Innocents to be commemorated.

The Russian Orthodox Church diocese in the city of Yaroslavl declared 11 January a “day of silence without abortions”, and said it had the support of the region's health department. Abortion is legal in Russia and the cost is covered by the state.

A statement on the diocese's website reads, “The event is dedicated to the memory of Bethlehem children slaughtered by King Herod, who wanted to kill the newborn infant Christ. On this day it is forbidden to carry out abortions in all state medical institutions in Yaroslavl Region.”

There's been no official announcement from Yaroslavl health department, but a local hospital told the Mediazona website that it had received a letter from state officials confirming the ban.