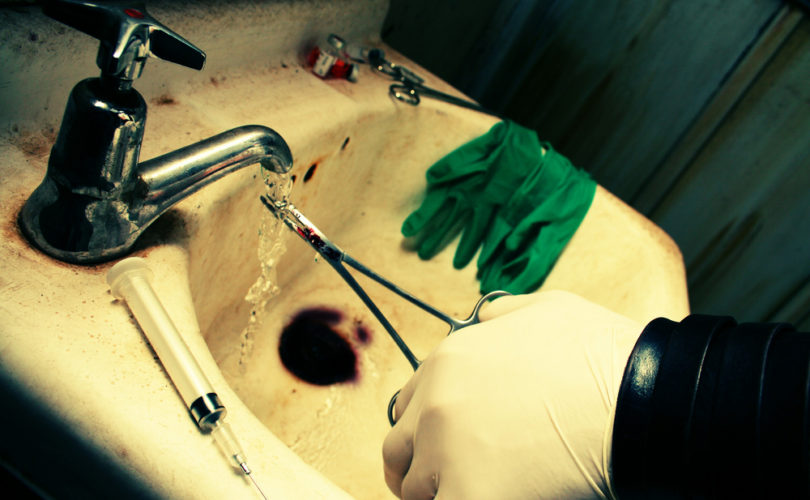 March 27, 2020 (LifeSiteNews) – The Louisiana abortion business at the center of a U.S. Supreme Court case has been caught violating an order to cease performing elective surgical procedures that would include abortion during the coronavirus pandemic. It’s certainly not the first time this Shreveport mill and others in the state have put women’s safety way down the list of priorities.

The Supreme Court is currently contemplating important questions surrounding a Louisiana state law requiring hospital admitting privileges for abortionists. Among the amicus briefs submitted to the Court in support of the law are several that outline in compelling detail the health and safety deficiencies of Louisiana abortionists and their abortion businesses, including June Medical Services, which does business under the name Hope Medical Group for Women in Shreveport.

Deficient doesn’t even begin to describe the conditions in these houses of horror.

In 2010, health investigators found an “immediate jeopardy” condition at Hope Medical Services, where staffers failed to monitor the level of consciousness of patients who were under sedation. The abortionist also was cited for failing to ask patients if they had prior complications with anesthesia.

This is the kind of thing that kills people. Laura Hope Smith died of an anesthesia overdose in 2007 in Massachusetts. Kermit Gosnell killed Karnamaya Mongar with an overdose in 2009 in west Philadelphia.

But at Hope Medical, those serious deficiencies were probably cleared up in the 10 years since they were first reported, right?

In 2011, the business was cited for failing to document the name and strength of stored medications, and for storing them improperly.

In 2012, Hope was failing to clean and sterilize instruments after they were used on patients. The very minimum they could do to ensure their patients’ safety was too much for the abortion workers to take on.

Hope Medical isn’t the only substandard abortion business in Louisiana.

Delta Clinic in Baton Rouge also had an immediate jeopardy finding in 2009 for “failing to follow standards of practice for administering conscious sedation by placing syringes in a non-sterile bag; failing to document medication, time, and dose; failing to monitor cardiac status; and failing to document start and end times of abortion procedures,” according to the brief.

Just last year, Delta had another immediate jeopardy situation when it did not have IV fluids on hand for a patient experiencing heavy bleeding after an abortion. She had to be transferred to a hospital, where she underwent a hysterectomy and had both her fallopian tubes removed.

Two years prior, the business was cited for failure to properly sterilize medical equipment.

The Women’s Health Care Center in New Orleans was written up in 2015 when it failed to keep a written record for a woman who continued to have heavy bleeding eight days after a chemical abortion. She ultimately was picked up by a clinic staffer and taken to the hospital.

That same year, inspectors faulted the business for failure to disinfect its ultrasound probe.

Louisiana’s abortionists are as bad as the businesses where they work.

Dr. A. James Whitmore III was aborting children at Delta Clinic when he was found to be using surgical instruments that were “rusty, cracked and unsterile.” For one second-trimester patient, he failed to call an ambulance for three hours. When the patient eventually got to a hospital, she needed a total hysterectomy.

Whitmore is far from the only rogue in the gallery, leading the brief’s authors to conclude: “Louisiana abortion doctors’ multiple professional disciplinary actions for substandard medical care and blatant disregard for their patients’ health and safety — in addition to the numerous health and safety violations of Louisiana abortion clinics — demonstrate that abortion providers’ interests are at odds with their patients’ interests.”

A separate brief, filed by Louisiana state legislators, bolsters the arguments made by the members of Congress in their filing.

According to that brief, abortion businesses and the ways they failed women in the state included two that stand out.

Whitmore is mentioned in this brief as well, along with Dr. David Lee Golden, who told a woman in excruciating pain to go home and rest. She went instead to a hospital, where doctors found the head of her child still in her womb. She underwent a total hysterectomy.

Dr. Golden appears again in the legislators’ brief. After performing what he suspected was an incomplete abortion on a woman, he kept her, bleeding, on the table for seven hours and then had an employee drive her to the hospital. Physicians, unaware that she had had an abortion, waited three days before performing surgery. The woman’s uterus was torn and her baby’s skull was still inside her. She, too, left the hospital unable to ever again bear children.

“These examples illustrate the high cost of Louisiana abortion facilities’ medical incompetence and failure to screen doctors,” the brief states. “Women’s lives are endangered, and their ability to have children is ripped away. The costs are so great and the situation so dire that the legislature felt compelled to act.”

The Supreme Court is expected to rule on the Louisiana case in June. But even if the justices allow the law to stand and abortionists are required to at least be competent enough to qualify for hospital admitting privileges, our movement will work and pray that women in the state choose other options when facing an unexpected pregnancy.

By choosing life for their babies, the life they save may also be their own.

Father Frank Pavone is the national director of Priests for Life and the co-chair of Pro-Life Voices for Trump. More information on June Medical Services can be found at SupremeCourtVictory.com.