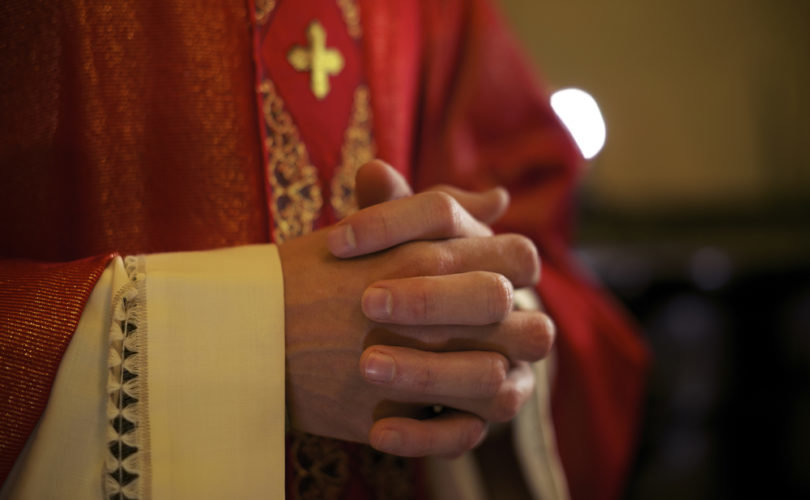 June 10, 2015 (LifeSiteNews) — The knowledge of psychological and medical science related to homosexuality is essential to Bishops and episcopal conferences to protect the sacrament of marriage, Catholic family life and the priesthood.

Further, this same knowledge is essential so that Magisterial teaching can be unambiguously clear for the good of the faithful.

Catholic priests with same sex attractions/homosexuality have inflicted severe harm upon Catholic youth, primarily adolescent males, and families in the United States, Canada, Ireland, Australia, England and in many other countries in the world in the new crisis in the Church.

The John Jay report found that incidents of clergy childhood sexual abuse increased in the 1960s, peaked around 1980, and have been declining since then. This was the time before and after the release of Humanae Vitae when priests stopped preaching the Church’s truth about sexual morality.  Subsequently, priests who failed to teach the truth had great difficulty in configuring their lives to it.

Great sensitivity is needed in regard to this issue because of the extent of the worldwide trauma caused by priests who homosexually abused minors.

While the incidence of these events has thankfully decreased, the pain and shame continues.  For example, criminal charges are now being brought against diocesan officials for failing to report abuse cases in a timely manner or for not reporting them at all.

A scientific examination of the crisis makes it abundantly clear that priests with homosexual conflicts present a risk to Catholic youth. Dr. Paul McHugh, the former chairperson of psychiatry at Johns Hopkins and a member of the first National Review Board, identified the homosexual predation of American adolescent males as the primary issue that needed to be discussed and analyzed. To be clear: pedophilia was not the central issue; homosexuality was.

The August 2011 issue of the Catholic Medical Association’s medical-moral journal, The Linacre Quarterly on the crisis in the Church, that I co-edited, presented analyses of the John Jay Reports that supported Dr. McHugh’s professional opinion.

In addition, articles were cited from the literature that demonstrate an attraction in males with SSA toward adolescent males. For example, a major study found that members of the homosexual community were more likely to have a positive view of sexual relations between adult and adolescent males.

My own clinical experience over several decades in working with priests who homosexually abused adolescent males has revealed that most of them during their own adolescence were very insecure and had been lonely for a close same-sex friend.  Many also did not have warm, secure relationships with their fathers.

Unconsciously, they were trying to seek escape from their own sadness and insecurity.  These emotional conflicts were also associated with severe selfishness that led them to mistakenly think they had the right to use another person as a sexual object.

As one example of this confusion, consider Fr. de Paolis’ written statement, “Homosexual love is a gift from (God) no less than heterosexual.”

His homosexual activist organization Agedo Foggia, is opposed to Catholic Church teaching on homosexuality.  Its website carries an extensive quote from one of de Paolis’s books to help readers “get out of the quagmire of biblical precepts”. He wrote, “[W]e must overcome the letter of Scripture. It is the same St. Paul in 2 Corinthians 3:6 who says, ‘The letter kills, but the Spirit gives life.’”

“That this biblical letter,” de Paolis wrote, “killed and continues to kill, unfortunately, at times, not only morally but also physically, is a fact. The Bible ‘is’ not the word of God; the Bible ‘contains’ the word of God.”

During the pontificate of St. John Paul II, The Truth and Meaning of Human Sexuality, was published by the Pontifical Council on the Family.  It stated that, “when the practice of homosexual acts has not become a habit, many cases can benefit from appropriate therapy” and “homosexual persons are called to chastity.”

This clear teaching on homosexuality is greatly needed in the Church today.  Priests, such as Fr. de Paolis, and seminarians with homosexual attractions have a serious responsibility to pursue growth in self-knowledge as to the causes of their attractions, work to resolve them and seek spiritual direction with a priest who accepts the Church’s teaching on sexual morality.  These actions are necessary in order to protect adolescent males and the Church from further sorrow and shame.

As a psychiatrist who has worked both with priests who abused adolescent males and with these abused males, my hope and prayer is that St. John Paul II’s wisdom concerning the human person, sexuality and the priesthood will be embraced more fully during this time and will inspire the Holy Father so that the present confusion can be removed and the truth about sexual morality be more clearly proclaimed.

Rick Fitzgibbons was the co-editor of the Catholic Medical Association’s August 2011 issue of the Linacre Quarterly on the crisis in the Church and is a contributor to its Homosexuality and Hope, 2015 (in press).