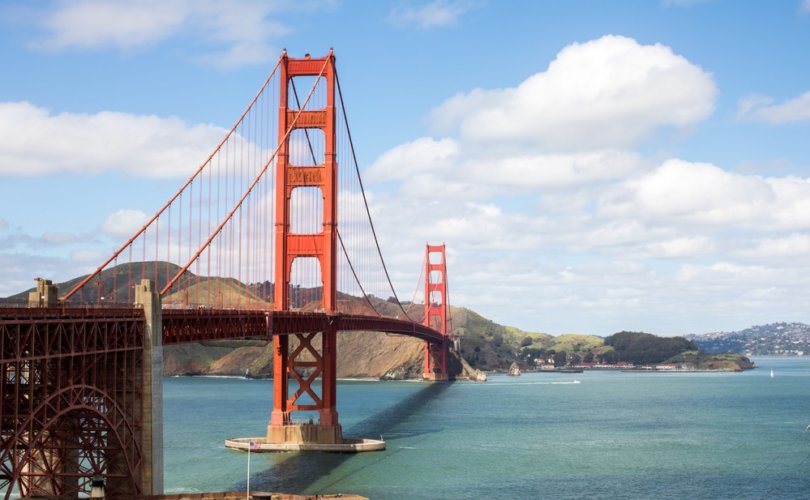 August 4, 2020 (American Thinker) — On July 21, by unanimous vote, the San Francisco Board of Supervisors passed an ordinance to amend the city's existing health code to do away with two rules for sex clubs. These rules were put in place in 1984, at the height of the AIDS crisis. One was a requirement that the clubs could no longer have private rooms or locked doors in areas reserved for sex. The other was that management had to monitor sexual activity. The ostensible reason, believe it or not, was to help San Francisco's economy.

The meeting at which the supervisors voted is available online. It's notable for the fact that the clerk reading out the wording of the proposed ordinance could not stop herself from giggling as she read about the new requirement to stop monitoring patrons' sexual activities. The new ordinance was passed without discussion.

The proposed ordinance itself gives a little of the history behind the vote. The 1984 limitations on bathhouse conduct (i.e., no locked doors, supervised sex) meant that most bathhouses closed. New public health rules in 1997 put similar restrictions on all commercial sex clubs and sex parties. However, thanks to modern medicine, HIV is less transmittable and more treatable. (It is still transmittable and incurable, of course.)

The ordinance also says researchers think monitoring patrons does little to change their behavior. This makes sense. People who go to bathhouses for sex must have exhibitionistic tendencies. Having someone watch is a bonus, not a problem.

Rafael Mandelman, who sits on the Board of Supervisors, had the best interest of the city in mind when he proposed the new ordinance:

“What this ordinance will do is allow for adult sex venues to be a part of our economic and cultural recovery when it is safe to do so,” Mandelman said in a July 9 meeting. “During the '70s and early '80s, bathhouses were a focal point of gay social life in San Francisco, and were important community meeting places for friends to gather to share stories, dance to the latest disco hits, or watch a live show.”

Mandelman's age isn't listed in Wikipedia, so it's not immediately obvious, but I'd say he's no older than his late 30s, maybe his early 40s. In other words, he's too young to have had any personal experience with those bathhouses. That might explain his sweet, nostalgic view of the places.

Let me hasten to add that I don't have personal experience, either. However, I happen to know a lot about them because I worked for some virologists in the early 1980s, when AIDS was first making itself known. The researchers hadn't yet isolated HIV, so the disease was still quite mysterious. They did know one thing, though: this mysterious “gay disease“ was running like wildfire through the gay community, especially in the bathhouses.

This video gives a little insight into the bathhouse scene:

Think about this: the City of San Francisco has been subjecting everyone to the most stringent shutdown requirements for months, destroying the city's economy and ruining people's livelihoods. Meanwhile, it's already getting its ducks in a row to enable gay men to engage in the type of behavior that spread a disease that has killed 692,790 Americans, almost all from the narrow demographic of gay men. (AIDS has killed around 32 million people worldwide since the early 1980s.) Currently, around 1.1 million people in America are HIV-positive, with 6,000 AIDS-related deaths in 2018 alone.

Re-opening the bathhouses will also see other sexually transmitted diseases ramp up. Chlamydia can lead to sterility for both men and women. HPV causes cancer. The medical world anticipates that gonorrhea is on the verge of becoming antibiotic-resistant. Even more scary, syphilis is heading that way, too. Gonorrhea is seriously unpleasant; syphilis is deadly.

It's not just diseases that kill. Political correctness and leftist panic kill, too.