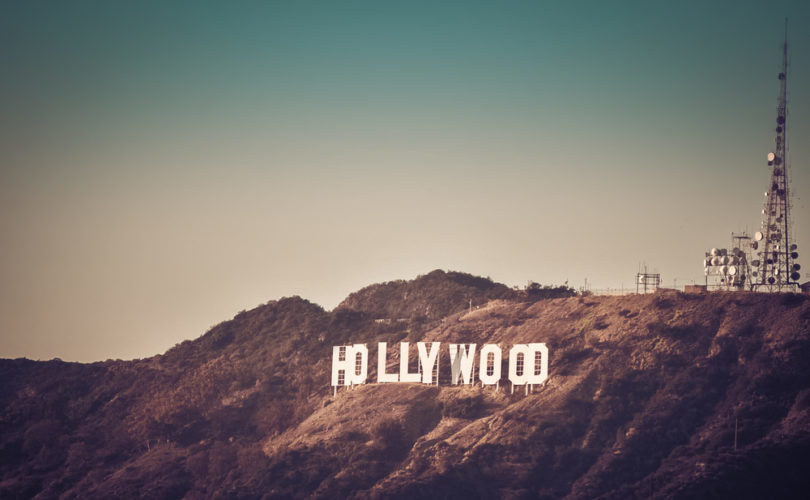 August 2, 2016 (LifeSiteNews) — A recent Vanity Fair article exposed the pressure famous actresses were put under by big movie studios to have abortions.

The story begins with a line from a book detailing the experiences of famous actresses in Hollywood during the 20th century. “If you want to play in this business, you play like a man or you’re out. And if you happen to be a woman, better not mention it to anybody.”

It appears that the pressure on women to get in line for mass-produced contraception and widely available abortions under the guise of healthcare has not changed much in recent years.

The call to suppress and to deny the existence of one of the chief characteristics of womanhood has, if anything, strengthened in the past few decades. Indeed, the rise of the digital age means we are all increasingly susceptible to myriad messages advocating for a stripped down, subjective, and arbitrary definition of womanhood and what it means to be female.

“These newly wealthy men and women didn’t know how to control their money, their bodies, or their lives, spending, cavorting, and reveling in excess.”

But what do we mean when we as a society talk about control, or, more specifically, when we talk about women having control of their bodies? The message continually being put out is one that espouses freedom, choice, and responsibility. In fact, it is anything but. The type of control being advocated does not include self-denial, discipline, restraint, and a surrender to God’s will. Rather, it seeks to get around these things and somehow emerge physically, emotionally, and spiritually unscathed. An impossible feat.

Indeed, many actresses didn’t fare well after being subjected to several abortions. Mexican actress Lupe Velez committed suicide after becoming pregnant with Harold Ramon’s baby when he refused to marry her. Judy Garland, mostly known for her role in The Wizard of Oz, was forced to have two abortions, and eventually began abusing alcohol and pills and attempted suicide.

It is simply not possible to escape the harm that inevitably comes with denying the goodness offered by God with new life. But we’ve been blinded by these messages that purport to guide women toward their ultimate fulfillment — ones that are dictated by external, changing, and arbitrary perceptions of freedom and choice that espouse a sense of fulfillment that does away with the value of the very thing our society is promoting: choice for the sake of choice.

In the 1920’s, movie studios were eager to portray actresses as desirable yet unattainable, attempting to erase and strip away any real and honest female virtues. Much like today, the arbitrary definition of womanhood and of the ephemeral value of life was being impressed upon the minds of young people with images of women as sexual objects — their desirability itself being branded as something to be desired. This desirability was not founded on virtue and on our inherent human dignity but rather on physical attributes. In attempting to present female stars in this manner, movie executives often ended up creating a paradox: presenting women such as Jean Harlow, Bette Midler, and Joan Crawford as the paragon of femininity while privately forcing them to deny and suppress a core part of their femininity.

Many movie studios went so far as to insert a morality clause in actresses’ contracts, which stated that a potential pregnancy violated studio policy. If they failed to adhere to these morality clauses, they were withheld money. Without much of a salary to depend on, actresses were forced to go through abortions in order to maintain their careers. This is the choice they were presented with, and which is still presented to women today.

Abortions were so prevalent among female stars that Loretta Young’s decision to keep her child was considered alarming. A woman who says yes to life today, regardless of the circumstances, is seen through a similar lens. Through coercion, intimidation, and blackmail, movie studios sought to redefine what it meant to be a woman, and this new definition strictly excluded motherhood.

The crux of the article is that women were denied the freedom to choose. But not all choices are equal in value. And not all choices make us free. The opinions constantly flooding our computer and cellphone screens — framed as innocuous and important ideals that we should agree with while reminding us that holding differing opinions is dangerous and bigoted – chain us to opaque, invented, and continually shifting principles that support moral subjectivism and denounce any objective grounding as short-sighted and naïve.

Mary taught us the importance of saying yes to life, and we can find in her the perfect example of obedience and faith. Her yes was empowering and transcendent not simply because she was free to say no, but because she was obedient to God’s will, which always seeks our ultimate well-being and prosperity. The acceptance of life always begets more life, and this is clearly seen in Mary’s perfect yes, regardless of the circumstances and the difficulty that lies ahead.