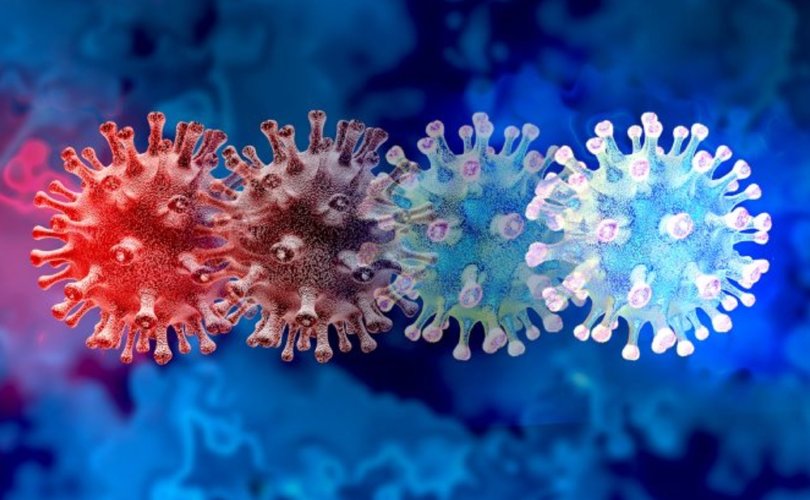 (Children’s Health Defense) – The Centers for Disease Control and Prevention (CDC) on July 27 issued an update on breakthrough infections, stating they “happen in only a small proportion of people who are fully vaccinated, even with the Delta variant.”

The CDC’s statement, however, stands in contrast to what the director of Israel’s Public Health Services told viewers of the CBS program “Face the Nation” on Sunday — that 50% of new infections reported in Israel are from fully vaccinated people.

Dr. Anthony Fauci, director of the National Institute of Allergy and Infectious Diseases and chief medical advisor to President Biden, and Dr. Sharon Alroy-Preis, director of Israel’s Public Health Services, were interviewed during the program.

Israel and the U.S. began administering COVID vaccines in December 2020.

“…the predominant message is that if you are vaccinated and you get a breakthrough infection … you’re much, much more protected against getting infected than an unvaccinated [person] who is completely vulnerable.”

CDC: 3,907 hospitalizations + 750 deaths in people fully vaccinated against COVID with an FDA-authorized vaccine as of June 21.https://t.co/IthNjLnc0G

The CDC’s latest breakthrough numbers, as of July 25, show 6,587 fully vaccinated people with COVID breakthrough cases. Of those, 6,239 people were hospitalized and 1,263 people died.

In May, the CDC revised its guidance for reporting breakthrough cases, stating it would count only those cases that result in hospitalization or death. Previously, the agency had included in its breakthrough count anyone who tested positive for COVID.

According to the CDC, the surveillance system for breakthrough cases is passive and relies on voluntary reporting from state health departments, which may not be complete.

In addition, some breakthrough cases will not be identified due to lack of testing. This is particularly true in instances of asymptomatic or mild illness, the CDC said.

NBC News contacted health agencies in 50 states and the District of Columbia to collect information on breakthrough cases, citing a lack of comprehensive data available from the CDC.

This conflicts with the CDC’s data published July 26. Research by NBC News indicates the number who have been hospitalized or died passed 7,300 in just 30 states providing data.

In addition, vaccinated adults who had breakthrough cases but showed no symptoms could be missing from the data altogether, officials told NBC.

In Virginia, total breakthrough cases resulting in death from COVID increased from 17 in mid-July to 42 on July 30.

In Oklahoma, breakthrough cases are up by 67%, with incidents of breakthrough greater with J&J’s vaccine than with Moderna’s.

World Health Organization (WHO) officials said they are still trying to understand why the Delta variant is more transmissible than the original COVID virus strain.

“There are certain mutations in the Delta variant that, for example, allow the virus to adhere to a cell more easily,” said Dr. Maria Van Kerkhove, the WHO’s technical lead on COVID, at a press briefing July 30. “There are some laboratory studies that suggest that there’s increased replication in some of the modeled human airway systems.”

The CDC warned lawmakers July 29 of new research indicating the Delta strain is more contagious than chickenpox. It also appears to have a longer transmission window than the original COVID strain, and may make older people sicker, even if they’ve been fully vaccinated, CNBC reported.

“For this reason, new variants of viruses that circulate widely through the population tend to become more transmissive but less pathogenic. In other words, they will spread more easily from person to person, but they will cause less damage to the host.”

Hooker said the more the variant deviates from the original sequence used for the vaccine, the less effective the vaccine will be on that variant, which could explain why fully vaccinated people are getting infected with the Delta variant. But this isn’t the case for natural immunity, he explained.

“The vaccine focuses on the spike protein, whereas natural immunity focuses on the entire virus. Natural immunity — with a more diverse array of antibodies and T-cell receptors — will provide better protection overall as it has more targets in which to attack the virus, whereas vaccine-derived immunity only focuses on one portion of the virus, in this case, the spike protein. Once that portion of the virus has mutated sufficiently, the vaccine no longer is effective.”

As The Defender reported Monday, vaccinated people may play a key role in aiding the evolution of COVID variants.

Scientific Reports research: highest risk for establishing a vaccine-resistant virus strain occurs when large fraction of population has already been vaccinated but transmission is not controlled.

According to research published last week in Scientific Reports, the highest risk for establishing a vaccine-resistant virus strain occurs when a large fraction of the population has already been vaccinated but the transmission is not controlled.

The data was consistent with a study released July 30, by the CDC which showed vaccinated people may transmit the Delta variant — now responsible for 80% of COVID cases in the U.S. — just as easily as the unvaccinated.

The team of scientists who published the data in Scientific Reports said their findings follow what’s known as selective pressure — the force that drives any organism to evolve.

“Generally, the more people infected, the more the chances for vaccine resistance to emerge,” said Fyodor Kondrashov of the Institute of Science and Technology Austria.

“So the more Delta is infectious, the more reason for concern,” Kondrashov said. “By having a situation where you vaccinate everybody, a vaccine-resistant mutant actually gains a selective advantage.”

“I started having flu-like symptoms Saturday night and went to the doctor this morning. I feel like I have a sinus infection and at present time I have mild symptoms. I will be quarantining for 10 days.”

Sen. Roy Blunt (R-Mo.) warned reporters against sensationalizing the news about Graham, as it would “probably discourage some people at least from getting the vaccine.”

Blunt has been talking to CDC officials about how to make sure reports of fully vaccinated people getting COVID aren’t overshadowed by the fact that it is less likely to result in a severe case.

Forgy Kerr said in the post three other family members who were also fully vaccinated tested positive in the last three weeks as well, The Enquirer reported.

“Please be careful out there,” she wrote. “This Delta variant is a ‘new ballgame’ apparently.”

At least 233 staffers at two major San Francisco hospitals tested positive for COVID — the majority of whom were fully vaccinated and became infected with the Delta variant.

The University of California, San Francisco Medical Center said in a statement Friday, 153 of its 183 infected staff members had been fully vaccinated. Some of the cases were asymptomatic, but most involved mild to moderate symptoms with two requiring hospitalization, officials said.

Day said the number of staff infections reported in July is almost as many as during the peak of the winter surge. Despite the majority of staffers infected having been vaccinated, Day said without vaccinations the hospitalization rate would be much worse.

The Yankees’ top starting pitcher tested positive for the virus and will miss his next game, Manager Aaron Boone announced Monday.

Twice this season the Yankees have had outbreaks among fully vaccinated members that involved several players or staff, but Monday’s news was limited to Cole.

Boone did not say whether Cole is vaccinated or not. The majority of COVID cases among Yankees players and staff this season have occurred in those who were fully vaccinated, The Times reported.