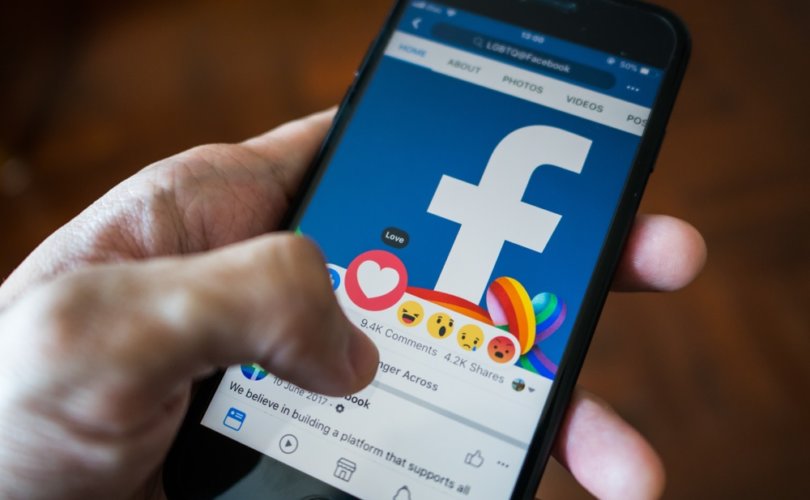 October 28, 2020 (American Thinker) — A Taiwanese media outlet owned by Guo Wengui, a Chinese dissident billionaire, published some of the Hunter Biden sex tapes. Other Guo-owned outlets allege that (a) Nancy Pelosi and the DOJ have known what's on Hunter's hard drive since September; (b) China “owns” Joe Biden; (c) Joe was responsible for the deaths of CIA informants; and (d) the outlet has millions of videos and photos of people who have also allowed the Chinese government to compromise them. Facebook has spent most of the day suppressing the spread of this information.

On October 14, 2020, the New York Post began reporting on emails about Ukraine from a laptop that Hunter Biden had allegedly dropped off for repair and never recovered. Since then, the FBI has said the computer is legitimate. No one from the Biden camp has denied the authenticity of either the laptop or its contents. We learned too that the computer contained videos and photographs of Hunter Biden engaged in sexual activity. These images allegedly include impropriety with underage girls.

What almost overshadowed the shocking allegations was the ferocity with which the Tech Tyrants acted to prevent the news from spreading. Twitter blocked any attempts to tweet the story and locked the New York Post out of its Twitter account. Even though the laptop has been authenticated, Twitter has not budged from this stance.

Facebook opted for a different approach. Instead of banning the story, it slow-walked it to prevent the news from going viral:

Facebook moved Wednesday to limit the spread of The Post's reporting on bombshell emails from Hunter Biden's laptop that show he introduced his father, Joe Biden, to a Ukrainian energy executive — a move that led President Trump's campaign to accuse the company of “interfering” in the election.

The social network may also have independent fact-checkers examine the exclusive story based on the younger Biden's emails, according to Facebook spokesman Andy Stone.

“While I will intentionally not link to the New York Post, I want be clear that this story is eligible to be fact checked by Facebook's third-party fact checking partners,” Stone said on Twitter. “In the meantime, we are reducing its distribution on our platform.”

The above information seems relevant to understanding what's been happening to my American Thinker post from Sunday about the allegations from Guo Wengui's Taiwan-based media outlets. The article sets out some facts and some allegations. It's a fact that, in September, Guo's outlets stated that they had the contents of a Hunter Biden computer showing financial and sexual wrongdoing. It's a fact that, at the same time, Guo's outlets stated that they'd forwarded this information to Pelosi and the DOJ.

This past weekend, GTV began publishing photos and videos showing a man who looks exactly like Hunter Biden engaged in sexual activity and apparent drug use. These images seem to verify the claim that Guo's outlets had the hard drive's contents. They do not prove that Pelosi and the DOJ have had the hard drive for a month or more.

Additionally, GNews, another Guo outlet, published an essay alleging that the Chinese Communist Party owns Joe Biden, that Biden gave away information about CIA assets in China who were killed or imprisoned, and that the Guo outlets have millions of incriminating images showing people (presumably politicians) other than Hunter. I was meticulous about stating that these are allegations, not facts. If true, they are incredibly consequential.

Still other people who tried to post it got immediate messages blocking them on the ground that they had violated community standards:

Sometimes, after people protested the notice, Facebook reinstated their posts eight or more hours after the fact:

Others, however, could not even make a protest, as the following cycle of three screen shots shows. The first shows Facebook explaining why the post could not be shared and offering a link to “let us know” about the problem. The second shows an attempt to explain that Facebook is wrong. The third shows that Facebook is blocking any effort to reach it:

When the above cycle happens once, it's a glitch. When it happens every time, it's deliberate.

Then there were the people who couldn't even make it as far as the screen announcing that they were not allowed to post the article. Instead, they got a runaround. The Facebook user would enter the URL in the posting box:

After hitting the post button, though, the URL would sit there:

The Facebook user, thinking that perhaps the URL had posted, would try to go to a different page, at which point a message would appear, telling the user that the URL did not post:

What's noteworthy is that, even as some people learned that Facebook would allow them to post the article, Facebook was still actively resisting other people's efforts to post the same item. Put another way, while avoiding the bad press that goes with a complete ban, Facebook is apparently continuing to use Andy Stone's tactic of creating so much “friction” with anti-Biden articles that the information eventually fades away into obscurity.