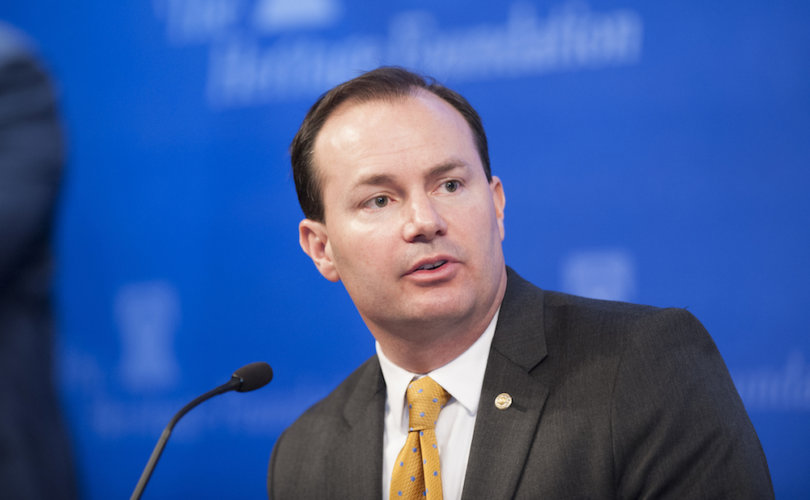 April 4, 2019 (LifeSiteNews) — Every time I think the Rev. Thomas Malthus is dead and buried, he comes back from the grave. And in the grim calculus of the latter-day Malthusians, not only are babies voracious consumers, but they also wreak havoc on the natural environment.

It is a strange calculus when you think of it. When a farmer has a calf, the latter-day Malthusians calculate that his wealth has gone up. But when the farmer and his wife have a baby, not only does their wealth go down, but an environmental wrecker has been let loose on the world.

The latest effusion from the latter-day Malthusians occurred in the pages of the Washington Post, which accused Senator Mike Lee of abandoning “science and reason” for saying more American babies might be just the thing to combat climate change.

The Post probably wasn’t happy with the senator to begin with, since he was speaking against the Green New Deal. But what really aroused the paper’s wrath was his comment that “climate change is … a challenge of creativity, ingenuity, and technological invention. And problems of human imagination are not solved by more laws, but by more humans. More people mean bigger markets for innovation. More babies mean more forward-looking adults — the sort we need to tackle long-term, large-scale problems.”

All of this seems both reasonable and scientific. After all, it is backed by an entire school of economics devoted to the importance of human capital. Human beings are “the ultimate resource,” wrote the late Julian Simon in his book by the same name. “It is a simple fact that the source of improvements in productivity is the human mind,” Simon explained, and “it seems reasonable to assume that the amount of improvement depends on the number of people available to use their minds.”

This has been understood since at least the time of British economist William Petty, who wrote in 1682 that “it is more likely that one ingenious and curious man may rather be found among 4 million than 400 persons. … And for the propagation and improvement of useful learning … they are best promoted by the greatest number of emulators.”

For the radical environmentalists, however, this kind of pro-natal, pro–population growth talk is rank heresy. They see the planet and people locked in a zero-sum game. And the planet is losing.

People like Ocasio-Cortez believe as an article of faith that the more babies are born, the more global warming we will have. That’s why they are so insistent that people stop having so many nasty little “carbon-emitters.” She and her followers are on a mission to save the planet from destruction.

But ignore the hysteria for a moment and ask yourself: do more people equate to more progress? The answer is obviously “yes.”

Indeed, the whole economic history of the human race may be summed up in the observation that population growth does not only go hand-in-hand with progress, but actually drives progress.

How this works is not difficult to understand.

Population growth, by increasing the demand for raw materials and finished products, creates scarcities and drives up prices. Rising prices lead people to seek new sources of raw materials and cheaper ways of turning them into manufacturing goods.

The end result of this creative process — if it is not stifled by the dead hand of bureaucracy or corrupt communistic regimes — is that the price of both raw materials and finished products falls. This is how an expanding population leads directly to rising living standards.

Not only is humanity generally better off at greater numbers than it was at fewer, but the wider environment is as well. In truth, we discover more natural resources each year than we use. And higher per capita incomes allow us to set aside the resources necessary to protect the world we live in.

People are not just mouths and polluters, as the latter-day Malthusians would have us believe. Every stomach comes with two hands attached. Every mouth is backed by an active mind.

If climate change is real, then the more creative intelligences we have addressing the problem, the sooner we will find a solution — one that doesn’t involve killing all the cows and grounding all the airplanes.

If it is not, we will still be better off with more people rather than fewer.

Senator Mike Lee is right. More babies would be good not only for America, but for the planet as well.