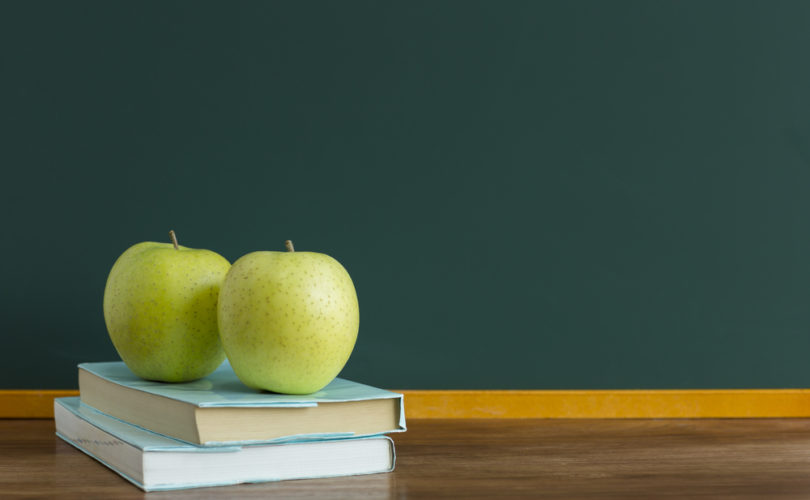 On July 11, 2014, Kathy and Emily Dawson successfully filed a complaint with the Alberta Human Rights Commission. They said the Edmonton Public School Board violated their rights as non-Christians by contracting a very small portion of a career and life management course to a Christian group. That group, the Edmonton Pregnancy Care Centre, promotes the value of abstinence for teenagers.

Values matter, they are always present, and it’s clear from different examples across the country that parents don’t agree on what constitutes good ones. In fact, a 2002 survey of New Brunswick parents showed this, saying that while the majority of parents support sex education, “they do not necessarily share a common vision of the nature, content, and timing of an ideal sexual health education curriculum.”

Schools and school boards serve families and not the other way around. That much is clear.

That said, one student’s complaint doesn’t mean the school board in question wasn’t serving families.

Examining the power point presentation from the Edmonton Pregnancy Care Centre, it seems to me that if Sex with Sue had provided the same information, no one would have batted an eye.

Even just telling the facts, no values attached, still has the potential to offend.

For example, in an era where we are spoon fed the notion that condoms are as good as bulletproof, reading the Centre for Disease Control’s web site stings. “Consistent and correct use of male latex condoms can reduce (though not eliminate) the risk of STD transmission,” is what they write.

That factoid is part of the Edmonton Pregnancy Care Centre’s presentation. They didn’t make it up to scare teens.

It goes without saying that if the Dawson family allegations are true around shaming girls and denigrating single mothers, then they are indefensible.

That said, the power point which guides the Pregnancy Care Centre presenters betrays no such bias. It begins by detailing how our culture is highly sexualized, asking questions about whether that is good or bad.

In a highly sexualized environment, they point to pressure on teenagers to be sexual, too. As a response, it emphasises that we should see ourselves and our relationships as something more than merely sexual. It talks about how different measures protect against various diseases, but they can’t protect the heart.

In other words, this presentation is…fairly mundane. The Dawsons perceive it to be Christian, based on who gave it, but highlighting that sometimes teens (gender neutral) do not make the best decisions is not exactly the express purview of Christians. Ditto on discussing the dangers of sexting.

So unless a presenter ran away with this power point in the most egregious fashion—which can’t be ruled out here, I suppose—it’s not terribly surprising that a nurse, independent of the Pregnancy Care Centre, sanctioned the content.

It also seems unlikely the course denigrates single mothers, this especially since the executive director of the centre, Norah Kennedy, is one. (After her divorce she went back to school for social work. Kennedy says her experience motivates her to serve people who find themselves in a range of parenting situations, frightened and alone.)

To return to the human rights tribunal complaint, this isn’t about returning to “just the facts.” It is about the personal interpretation layered on top of those facts. And it’s about who delivered the facts.

The zeitgeist certainly stands with the Dawsons. Intolerant Christians forcing their views on others is an outdated, but popular, theme.

The Dawsons could have made common cause with Christians, who tend to want parental authority over education, as well.

There is, after all, a point of agreement: Teaching how to navigate sex and relationships will never be accomplished without the presence of values. Asking for values-free sex education is a fool’s quest, something akin to demanding a meal be delivered without any calories.

If there can be no agreement on those values, and there isn’t, then a total curriculum overhaul which simply creates space for parents to do their own sex education is the answer. If the Dawsons achieve this through their Human Rights Tribunal complaint, I’ll be the first to thank them.

Reprinted with permission from IMFCanada.org.