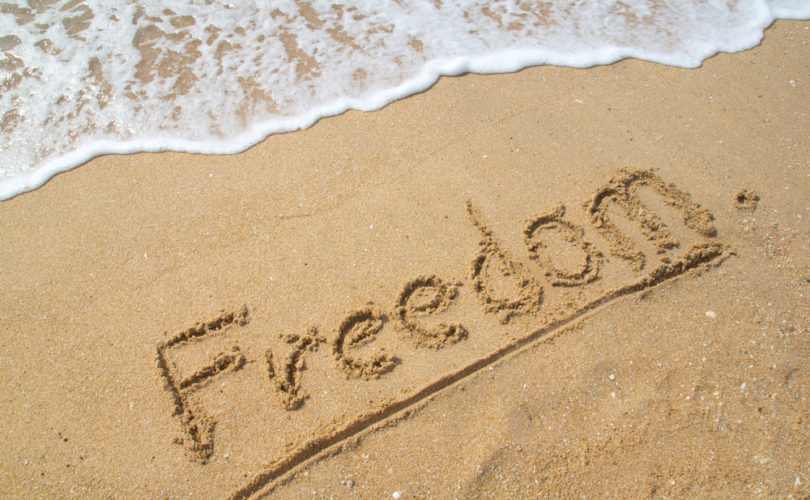 The first words of the Bill of Rights read, “Congress shall make no law respecting an establishment of religion, or prohibiting the free exercise thereof.” Two hundred and twenty-five years ago, the Founders thought enough about the importance of religious freedom that they put it at the top of the Bill of Rights.

One can’t help but wonder where religious freedom would rank if we held the debate today.

The question occurred to several of us here at BreakPoint after reading an article at Yahoo entitled “From Peyote to Sex: Religious Liberty Fight Recast.” In it, Rachel Zoll of the Associated Press described how the religious freedom issues being litigated in the courts have changed over the decades.

Seventy years ago, courts were deciding whether Jehovah's Witnesses could be compelled to pledge allegiance to the flag. Forty years ago, the issue was whether Amish children could be compelled to attend school past ninth grade. But today, mainstream Christian groups like Catholic nuns, evangelical businessmen, and Christian nonprofit organizations are being told to do what just a few years ago was unimaginable for them. And the issues being decided all boil down to the same thing: can Christians be compelled to go along with the Sexual Revolution as a condition for full participation in American society?

Now if that sounds like an exaggeration, it’s not. Last summer, a justice on the New Mexico Supreme Court wrote that the state’s anti-discrimination law compelled Christians to “compromise the very religious beliefs that inspire their lives.”

He called this compromise “the price of citizenship” and argued that this compromise was “part of the glue that holds us together as a nation, the tolerance that lubricates the varied moving parts of us as a people.”

Now leaving aside the one-sided nature of this “compromise”—notice the other side is never asked to compromise its beliefs—it’s telling that the “tolerance” being called for concerns sex.

In many ways, sexual freedom is becoming, if it’s not already become, the first freedom to Americans.

If that sounds like an overstatement, consider the fact that just about the only speech our culture will not tolerate is any which calls the sexual revolution into question.

“But what about racist speech?” you might ask. Well, comedienne Sarah Silverman, who recently won an Emmy, says things about African-Americans and Latinos that would be at home at a Klan rally or White Supremacist websites. Yet far from being condemned, she is feted for being “edgy” and “provocative.”

No such consideration is extended to those who, for religious reasons, dissent from the orthodoxy on sexual freedom. To oppose same-sex marriage is to be called a “bigot” and face reprisals, even though the President held the same position as recently as four years ago.

For fighting the HHS contraceptive mandate, Hobby Lobby was vilified, even though it is—in all the ways that really should matter—a model employer.

The triumph of the sexual revolution is why, to use Zoll’s phrase, the battle of religious freedom has been “recast.” Freedom has come to mean personal autonomy, and that autonomy is principally expressed in the sexual sphere.

Thus, the Christian insistence that sex, like every other human activity, is subject to norms is seen as an assault on the idea of human freedom itself, even if we only seek to apply those norms to ourselves.

No matter that our beliefs inspire our lives. The fear that it might make others question their own beliefs makes religious freedom the wrong kind of freedom these days.

But there is a reason it was first in the minds of our founders. They knew something we have forgotten. And that’s why, though I mentioned it earlier this week, I’ll mention it again: Please join me and a powerful group of Christian thinkers and leaders at the Religious Freedom Summit on October 9 and 10 at Cedarville University. Come to BreakPoint.org; click on this commentary. We’ll give you all the details.