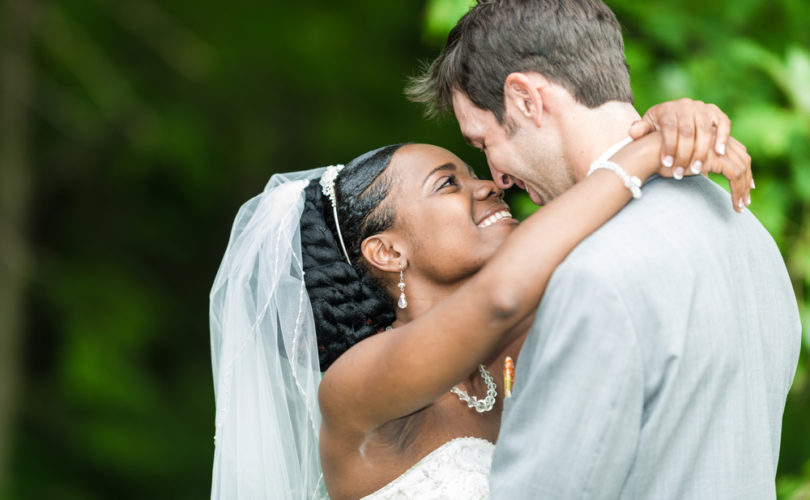 Editor's note: This article, first published at The Public Discourse, was adapted from testimony delivered on Monday March 16 before the United States Commission on Civil Rights.

March 25, 2015 (ThePublicDiscourse.com) — As I explain in one of the two reports I have submitted to the Commission, all citizens should oppose unjust discrimination, but the Employment Non-Discrimination Act is not the way to achieve that goal. ENDA threatens fundamental First Amendment rights. It creates new, subjective protected classes that will expose employers to unimaginable liability, and it would increase government interference in labor markets in ways that could harm the economy.

Yet ENDA’s damage is not only economic. It would also threaten the freedom of citizens and their associations to affirm their religious or moral convictions, such as that marriage is the union of one man and one woman and that maleness and femaleness are not arbitrary constructs but objective ways of being human. ENDA would treat expressing these beliefs in an employment context as actionable discrimination.

ENDA does not protect equality before the law. Instead, it would create special privileges that are enforceable against private actors. Employers should respect the intrinsic dignity of all of their employees, but ENDA is bad public policy. Its threats to our freedoms unite civil libertarians concerned about free speech and religious liberty, free marketers concerned about freedom of contract and government interference in the marketplace, and social conservatives concerned about marriage and culture.

ENDA defines “sexual orientation” as “homosexuality, heterosexuality, or bisexuality” but offers no definition of those terms or what principle limits “orientation” to those three. Likewise, ENDA defines “gender identity” as “the gender-related identity, appearance, or mannerisms or other gender-related characteristics of an individual, with or without regard to the individual’s designated sex at birth.”

These classifications are problematic. Paul McHugh, MD, University Distinguished Service Professor of Psychiatry at the Johns Hopkins University School of Medicine, and Gerard V. Bradley, Professor of Law at the University of Notre Dame, explain:

Social science research continues to show that sexual orientation, unlike race, color, and ethnicity, is neither a clearly defined concept nor an immutable characteristic of human beings. Basing federal employment law on a vaguely defined concept such as sexual orientation, especially when our courts have a wise precedent of limiting suspect classes to groups that have a clearly-defined shared characteristic, would undoubtedly cause problems for many well-meaning employers.

McHugh and Bradley caution against elevating sexual orientation and gender identity to the status of protected characteristics because of the lack of clear definition: “There is no scientific consensus on how to define sexual orientation, and the various definitions proposed by experts produce substantially different groups of people.”

Because there is no clear definition, the phrase is inherently elastic. McHugh and Bradley conclude:

Despite the effort of ENDA’s legislative drafters to confine “sexual orientation” to homosexuality, heterosexuality, and bisexuality, the logic of self-defined “orientation” is not so easily cabined. . . . Even polyamory, “a preference for having multiple romantic relationships simultaneously,” has been defended as “a type of sexual orientation for purposes of anti-discrimination law” in a 2011 law review article.

There is no limiting principle for what will be classified as a sexual orientation or gender identity in the future. Indeed, Wesleyan College has extended the LGBT acronym and created a “safe space” for LGBTTQQFAGPBDSM: Lesbian, Gay, Bisexual, Transgender, Transsexual, Queer, Questioning, Flexual, Asexual, Genderfuck, Polyamorous, Bondage/Disciple, Dominance/Submission, Sadism/Masochism. Will ENDA be used to protect these orientations and identities as well? If not, why not?

Sexual Orientation and Gender Identity Are Conceptually Different From Race

Martin Luther King, Jr. was entirely right in his dream that his children would be judged by the content of their character, not the color of their skin. One’s character is comprised of one’s voluntary actions, and it is reasonable to make judgments about actions. While race implies nothing about one’s actions, sexual orientation and gender identity are frequently descriptions for one’s actions: “gay” denotes men who engage in voluntary sex acts with other men, “lesbian” denotes women who engage in voluntary sex acts with other women, and “transgender” denotes a biological male who voluntarily presents himself to the world as if female or a biological female who voluntarily presents herself to the world as if male. “Race” and “sex,” by contrast, clearly refer to traits, and in the vast majority of cases denote no voluntary actions.

ENDA would ban decisions based on moral views common to the Abrahamic faith traditions and to great thinkers from Plato to Kant as unjust discrimination. Whether by religion, reason, or experience, many people of goodwill believe that our bodies are an essential part of who we are. On this view, maleness and femaleness are not arbitrary constructs but objective ways of being human to be valued and affirmed, not rejected or altered. Thus, our sexual embodiment as male and female goes to the heart of what marriage is: a union of sexually complementary spouses.

Sexual Orientation and Gender Identity Are Historically Different From Race

It is important to stress how different the religious liberty concerns are with sexual orientation and gender identity than with race. The religious liberty concerns focus on the nature of marriage and the virtue of chastity. Many religions, quite reasonably, teach that we are created male and female, and that male and female are created for each other in marriage. Nothing comparable exists with respect to race.

Bans on interracial marriage and Jim Crow laws, by contrast, were aspects of an insidious movement that denied the fundamental equality and dignity of all human beings and forcibly segregated citizens. When these interracial marriage bans first arose in the American colonies, they were inconsistent not only with the common law inherited from England, but also with the customs of prior world history, which had not banned interracial marriage.

It is important to retrieve the singularity of the racial basis for these laws…. the English colonies stand out as the first secular authorities to nullify and criminalize intermarriage on the basis of race or color designations.

America’s history of race-based chattel slavery explains the origins of these laws. This history shows that bans on interracial marriage had nothing to do with reasoning about the nature of marriage itself.

Anti-miscegenation laws were part of a much larger regime that denied human equality in order to hold a race of people in a condition of economic and political inferiority and servitude. They had nothing to do with the nature of marriage. At their heart was a mistake about the dignity of all human beings.

Thus, sexual orientation and gender identity are conceptually different from race, and beliefs about marriage as the union of man and woman are conceptually and historically different from opposition to interracial marriage. So, too, while protections against discrimination based on race were necessary and justified, creating such laws based on sexual orientation and gender identity is neither necessary nor justified.

Before the Civil War, a dehumanizing regime of race-based chattel slavery existed in many states. After abolition, the law enforced race-based segregation, and even after the Supreme Court struck down Jim Crow laws, integration did not come easily or willingly. The Civil Rights Act of 1964, barring discrimination on the basis of race, was a proper response.

America has no similar history of society-wide legal prohibitions on employment based on sexual orientation or gender identity. While racial integration might not have been forthcoming apart from the Civil Rights Act, in the case of sexual orientation, voluntary actions and market forces have emerged that undermine the clamor for federal action.

For example, the financial company Prudential reports that “Median LGBT household income is $61,500 vs. $50,000 for the average American household.” The Human Rights Campaign reports that 88 percent of Fortune 500 companies voluntarily prohibit considerations of sexual orientation in employment decisions.

As Hans Bader points out, “Since American business seldom discriminates based on sexual orientation, the potential benefits of ENDA are limited, at best. But ENDA would impose real and substantial costs on business, and it could trigger conflicts with free speech and religious freedom.” These costs exist for all employers, as ENDA would expose them to frivolous lawsuits. There is no need for federal coercion with respect to the small number of businesses that judge sexual orientation and gender identity relevant to their employment decisions.

While ENDA provides some religious liberty protections, they are inadequate and vaguely defined.

ENDA does not contain a Bona Fide Occupational Qualification (BFOQ) exemption. BFOQs, which some other employment laws contain, allow employers to make employment decisions that could otherwise constitute discrimination so long as those decisions are honestly related to job qualifications. For example, Title VII of the Civil Rights Act contains a BFOQ that allows employers to take sex into account: hiring a female camp counselor at an all-girls sleep-away summer camp, for example, or hiring men or women at jobs that would be particularly dangerous or difficult for members of one or another sex. ENDA has no provision that would protect those jobs where one’s sexual orientation or gender identity is a bona fide occupational qualification that is reasonably connected to the mission of the business and the responsibilities of the job.

ENDA could also stifle speech in the workplace. For example, as Hans Bader notes, the Supreme Court found that Title VII “require[s] employers to prohibit employee speech or conduct that creates a ‘hostile or offensive work environment’ for women, blacks, or religious minorities.” ENDA would extend these restrictions to “actual and perceived sexual orientation or gender identity.”

The religious liberty language used in ENDA, referencing Title VII, has been subject to repeated litigation with conflicting rulings by different courts as to which religious institutions are considered religious enough. While it is unclear which religious organizations would be protected from ENDA, it is clear that the bill would not protect those who wish to run their businesses and other organizations in keeping with their moral or religious values.

ENDA’s religious liberty protections extend only to businesses directly run by a church or religious organization. As a result, other religious business owners would be exposed to significant liabilities. Consider, for instance, a Christian bookstore not formally incorporated as a religious organization. Such a store could be accused of creating a hostile work environment by selling and promoting books stating that marriage unites one man with one woman.

ENDA would create enormous legal risks for businesses that allowed their employees to express traditional religious teachings on sexuality. Anti-discrimination law ought not to silence religious believers. To adequately protect religious liberty, ENDA must not be made law.

ENDA would limit the ability of private employers to run their own businesses. It is an unjust assault on the consciences and liberties of people of goodwill who happen not to share the government’s opinions about issues of marriage and sexuality. Employers should respect the intrinsic dignity of all of their employees, but ENDA is not the right policy to realize that goal. Whether you care about civil liberties, market economies, traditional values, or all three—as I do—it is important to see that ENDA is bad public policy.