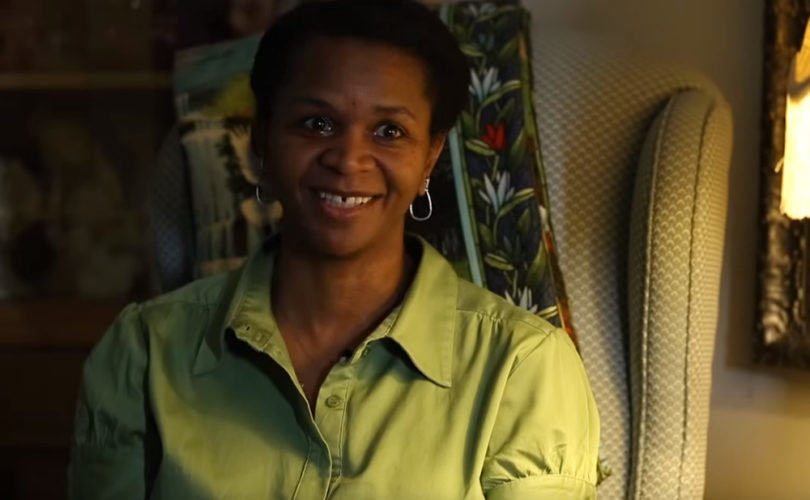 January 15, 2016 (LifeSiteNews) – After sharing my conceived in rape story a few years ago at Lake County Right to Life’s annual fundraiser in Indiana, a sweet woman came up to me and through tears, shared her own story of having endured a forced abortion after being raped while in foster care.  We’ve maintained a friendship since then, with Sheryl Williams attending our Save The 1 speaker training at the Right to Life of Michigan legislative office in Lansing, Michigan a year and a half ago.

It was there that Sheryl got to meet RLM President Barb Listing and producer Jim Hanon, who then collaborated with several Save The 1 speakers on 4 TV ads and 5-minute short story videos called their “Compassion Project,” and now a 30-minute documentary called “Life Uninvited,” to be aired all across Michigan the weekends of Jan. 23-24, and Jan. 30-31.   Sheryl’s story is included in both and I know you’ll want to share her important story.

Sheryl and her sister were raped by their own father as young children, and by their grandfather.  When they told their mom and others, they weren’t believed, and the abuse went on for several years.  Finally, at age 13, they were taken to foster care.  However, Sheryl was raped by a teenaged boy while in foster care.  Again, she was afraid to report the rape, saying “I definitely didn’t tell anybody. . . .  Mom didn’t believe me way back here with all of this, then clearly this is gonna sound totally crazy.”

Then Sheryl explains, “I was placed in yet again another foster home, and I started getting sick.”  She says the foster mother asked if she was pregnant, and Sheryl was shocked by the question, not having considered such a possibility.  The young man who raped her was then questioned and he denied everything – even denying having had intercourse with her at all, which completely surprised Sheryl.  But then she thought to herself, “You know what, with or without him, I can do this.”

Watch Sheryl recount her story in a 30-second ad here:

Reflecting on how things could have been different for her, Sheryl explains, “I wish back then when they thought they were so-called ‘helping’ me – I wish they would have gotten me counseling.  I wish I would have been able just to say, ‘Hey, here’s what happened,’ and felt like I would have been believed.  There was no security blanket.”

Sheryl wants other young women to know this: “You have choices, and if you don’t give it up for adoption, give it to an aunt or uncle.  Just don’t do the abortion thing – that will haunt you.”

She then explains how different her life is now – that she sings in a church choir, which is where she met her husband.  Her marriage has helped her to see the true character of God.  She says she learned, “This is what you really look like Lord.  You don’t hurt people.  You do help.”  Sheryl says her husband represented that, which has brought her healing.

But Sheryl still struggled with forgiving herself for the abortion which was perpetrated upon her.  She knew that God forgives and wants us to forgive. “But then I realized I had to forgive myself, and I hadn’t done that – not by a long shot.  I just wish society realized the long-term effect emotionally and mentally that this has on women, and that abortion should never be an option, even in the case of rape.  To further traumatize the woman the way I’ve been further traumatized — I just don’t want this to happen to anybody else.”

Sheryl will be attending the March for Life in Washington, D.C. for the first time this year, and we hope you’ll come by and see her at our Save The 1 booth at the Expo, and thank her for sharing her story when you see our pink signs at the March.  Please take the time to watch and share the moving 30-second ad and the 5-minute video of Sheryl's story here.

Rebecca Kiessling is an attorney, writer, pro-life speaker and founder and president of Save The 1.