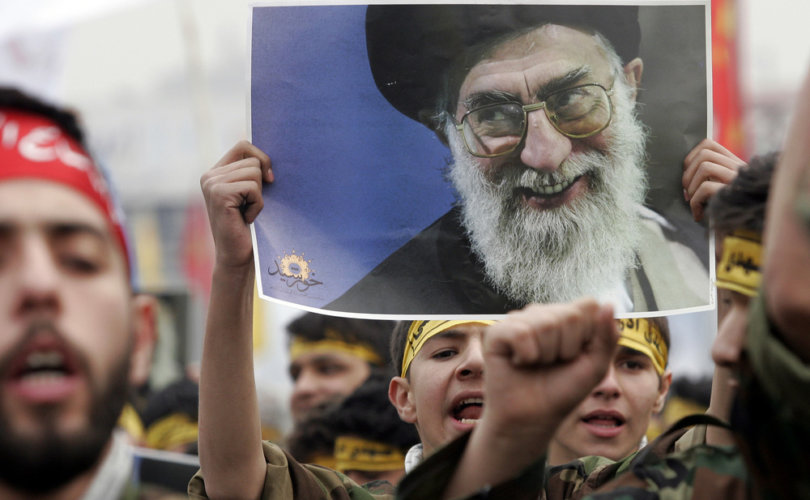 August 7, 2017 (The Catholic Thing) — Marquette University will pay for its faculty to attend an “Overcoming Islamophobia” workshop in August. The Catholic university will also offer a graduate credit for attendees who submit a written assignment.

Fighting “Islamophobia” seems to be all the rage at Catholic colleges these days and also among Catholic bishops. At Georgetown University’s Alwaleed bin Talal Center for Muslim-Christian Understanding, “Islamophobia” is the main focus. “Islamophobia” is also a top priority for the USCCB’s Secretariat for Ecumenical and Interreligious Affairs. Anthony Cirelli, the associate director of the secretariat, told Catholic News Service that U.S. bishops “are coming to stand with our Muslim colleagues…in trying to change the negative narrative surrounding Muslims in our popular media.” Bishop Robert McElroy of San Diego put the matter more pointedly by saying that Catholics must fight “the scourge of anti-Islamic prejudice.”

Whether such a “scourge” actually exists is debatable. As I have pointed out elsewhere, a very high percentage of hate crimes against Muslims have been faked or falsely reported. Nevertheless, Muslim political action groups such as the Council on American-Islamic Relations still insist that “Islamophobia” is rampant in this country, and the Catholic bishops have been eager to enlist in the campaign against it.

The bishops, no doubt, hope to make America safer for minorities by signing on to the war against “Islamophobia,” but a case can be made that they are actually making it a more dangerous place for minorities and for everyone else.

How so? As Islam scholar Robert Spencer points out, the “Islamophobia industry” misleads “by deliberately conflating two quite distinct phenomena: vigilante attacks against innocent Muslims, which are rare but never justified. . .and honest examination of the motivating ideology of jihad terrorists.”

That’s why it’s a good bet that Marquette University doesn’t offer any courses on the ideological roots of Islamic terrorism. To do so would require a discussion of the connection between Muhammad’s teachings and terrorism. And that would require entering into what has become an intellectual no-go zone for both Catholic and non-Catholic academics.

A potential charge of “Islamophobia” acts to inhibit any honest discussion of the jihad problem, making it unlikely that a solution to the problem will ever be found. But the “Islamophobia” narrative also serves another function: it inhibits honest suspicions. We are told: “If you see something, say something.” But how many of us are willing to risk reputation, job, even a lawsuit by reporting our suspicions? Those are the consequences that often follow when one says something about suspicious Muslim behavior.

Take the case of “clock boy” Ahmed Mohamed who brought a homemade clock that looked like a time bomb to his Irving, Texas school. Teachers became suspicious and called in the police, and soon wished they hadn’t. As punishment for their “Islamophobia,” the media ridiculed them and portrayed the boy as an innocent victim. In addition, Ahmed’s family sued the school for $15 million. Luckily for the school and the city of Irving, a judge eventually threw out the suit. But the damage has been done. Knowing what might happen, how many teachers are going to report suspicious behavior on the part of a Muslim student, and how many are going to look the other way instead?

The airline ticket agent who got an “instant chill” when Mohamed Atta approached his desk? The Fort Hood colleagues of Major Nidal Hasan who thought of him as “a ticking time-bomb”? The neighbor of the San Bernardino assassins who thought of calling the police, but then thought better of it? All had their suspicions, but all realized that saying something could land them in a heap of trouble. So all of them said nothing.

The thought process is not difficult to imagine. Suppose you own a small truck rental company. A young Muslim man wants to rent a large truck from you. He acts suspiciously, and he is vague about his reasons for renting the truck. Will you inform the police just in case? Or will the fear of being thought Islamophobic deter you from taking action? After all, the chances that he is actually a terrorist are remote, while the chances that you will be made to deeply regret reporting your suspicions are quite high.

Or suppose you’re in charge of hiring baggage handlers at an airport. Are you going to subject Muslim applicants from, say, Somalia to a higher level of vetting? Or will you be thinking about potential charges of “Islamophobia,” and possibly the loss of your own job? Is it possible that Muslims will be subject to even less scrutiny than the average applicant lest one draw the attention of the “Islamophobia” police? If you think that’s an unlikely scenario, consider that a 2016 report revealed that 73 employees at 40 American airports were flagged for potential ties to terrorism.

The net effect of the anti-Islamophobia campaign is to undermine the commonsense vetting procedures that keep all Americans safe. The latest example is Mohamed Noor, the first Somali Muslim on the Minneapolis police force. Noor fatally shot an Australian woman who had called 911 to report a disturbance. There’s no indication that Noor is a radicalized Muslim, but there’s every indication that he wasn’t fit for the job. With just two years on the force, Noor already had three complaints against him. There was a good deal of evidence that he did not have the temperament for the job, and his reckless shooting of Justine Damond provides further confirmation of his incompetence.

Why was he hired in the first place and why wasn’t he fired after the first three incidents? Could it be that the Minneapolis Police Department didn’t want to appear Islamophobic? It’s telling that after the incident, Minneapolis Mayor Betsy Hodges warned against “Racism” and “Islamophobia.”

Catholic colleges and Catholic bishops ought to think twice about lending legitimacy to the “Islamophobia” scare campaign. It looks very much as though it’s doing far more harm than good.