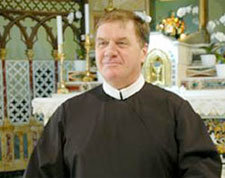 October 19, 2018 (CatholicCulture.org) – The Roman rumor mill is notoriously unreliable, so readers should not panic – yet – about the reports that Cardinal Joseph Tobin is a front-runner among the candidates for appointment as the next Archbishop of Washington, DC. But if the reports are accurate (and they are widespread, for what that's worth), Sohrab Ahmari has it right in his New York Post column – “talk about a slap in the face, if that happens.”

The new archbishop will be replacing the disgraced former cardinal McCarrick, and Cardinal Tobin is reportedly one of the prelates whose rise through the hierarchy was due at least in part to McCarrick's influence. Beyond that, Cardinal Tobin is the author of the notorious “Nighty-night, baby” Twitter message. He explained that the message was intended for his sister, but skeptics gave the message a different interpretation.

And these days there are a lot of skeptics. Catholic bishops have overtaxed the credulity of their people, and now are paying the price. Fortunately a large number of American bishops now recognize the problem, and are ready to take the first necessary steps toward a restoration of trust. The “Church Transparency” project has compiled a list of 85 American bishops who have issued public statements calling for a thorough investigation of the McCarrick scandal and the charges aired by Archbishop Vigano; that list is still growing.

On that “Church Transparency” list, only five bishops are listed as opposing an investigation: Cardinals Tobin, Cupich, and Wuerl, and Bishops McElroy and Jackels. If you've been following this discussion, you know that Tobin, Cupich, Wuerl, and McElroy were all criticized by name in the Vigano testimony. Thus, among the bishops who do not have an obvious personal stake in avoiding an investigation, only one, Bishop Jackels, is listed as opposing further investigation.

(And frankly, I'm not sure Bishop Jackels belongs in that category. In his rather ambiguous statement he admits that he has not read the Vigano testimony, and goes on to say: “If it does have a semblance of truth, then an investigation is launched to see if the accusation is credible, if there is sufficient evidence to believe that it did occur.”)

In Chile meanwhile, two bishops have been laicized by Pope Francis for sexual abuse, and the Holy Father is evidently still working through the mounds of evidence regarding other prelates' involvement. Since all the active diocesan bishops have offered their resignations, the Pontiff is in the unique position of rebuilding the entire national hierarchy. No doubt it needs a total renovation; the evidence of corruption ran deep.

But again the question arises: Who can the laity trust to supervise the needed reform? Juan Carlos Cruz, perhaps the most visible Chilean abuse victim, hasreported that the Pope is lingering over the replacement of Cardinal Ezzati in Santiago “because he doesn't trust anyone.” That seems understandable, given the depth and breadth of the scandal.

But wait. Before Pope Francis appointed Bishop Barros to the Osorno diocese – the move that triggered the public outcries – a group of Chilean bishops had written to the Pope, warning against the appointment. He dismissed their objections then; shouldn't he perhaps trust them now? More to the point, why should they trust him?

Finally, in Rome, where the Synod of Bishops heads toward its conclusion, comes the news that the bishops who were appointed to draft a final statement for the assembly were presented with a draft already prepared by the Vatican's Office of the Synod. The drafting committee could alter that preliminary draft, of course, or even, theoretically, discard it altogether. Still the fact that a draft had already been prepared, by the same office that has stage-managed the meeting, naturally gives rise to new fears about the rigging of another Synod assembly. In happier times such fears could be shrugged off. Not so in the current climate, with trust in critically short supply.