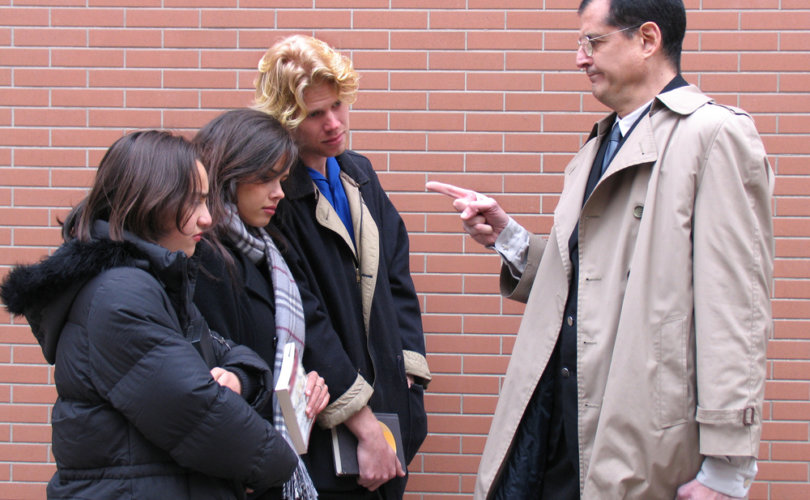 January 13, 2017 (Marquette Warrior) — It was the kind of stunning intolerance that has become common on college campuses: members of the feminist group Empowerment (along with some other students) defaced a university-approved anti-abortion display this past October.

Marquette has failed to explain whether any punishment was meted out to the students guilty of the vandalism. They have not even issued any assurance that punishment would be imposed for an egregious infringement on free expression.

Now we know why.

Yesterday, Marquette held a full-day “workshop” titled “Freedom Dreams Now: Whose Lives Matter? A challenge for academics.” Yes, it was as biased and politically correct as it sounds. But one particularly interesting session was a “faculty/student round-table.” One of the students, a black female, admitted she participated in the vandalism.

Actually, it was more than an admission. She outright bragged about her action, and felt it grossly unfair that a minor punishment had been imposed on her. She complained that an officer from the campus Police Department came to question her at her workplace.

Vandalism is a criminal offense, but multiple Marquette faculty intervened on behalf of the students, and there were no criminal charges brought. Rather, Marquette’s own internal student conduct process imposed a minor punishment on the students: they were required to write a three page paper on how they had acted irresponsibly in defacing the display.

The student on the panel refused to, saying “it’s finals week.” So did one other student. Both were thus put on university probation for a semester. Not suspension, but mere probation.

Marquette, in other words, treated a frontal assault of free expression as a minor peccadillo. If some conservative students had vandalized a “gay rights” display on campus, we can’t imagine any such lenient treatment.

Rather appalling was faculty response toward this student and her vandalism, which was favorable. One female faculty member described the vandalism as “free speech” and expressed her joy at seeing the vandalized display. Other faculty expressed the hope that the incident would not appear on the permanent record of the student.

Of course, the expressed opinions of a few faculty may not have represented the views of everybody in the room, and indeed, the people in the room were probably heavily self-selected from among leftist politically correct faculty. But there can be no doubt that a considerable number of Marquette faculty welcome this suppression of politically incorrect opinions.

Dr. John McAdams is an associate professor of political science at Marquette University. This article is reprinted with permission from his blog, Marquette Warrior.