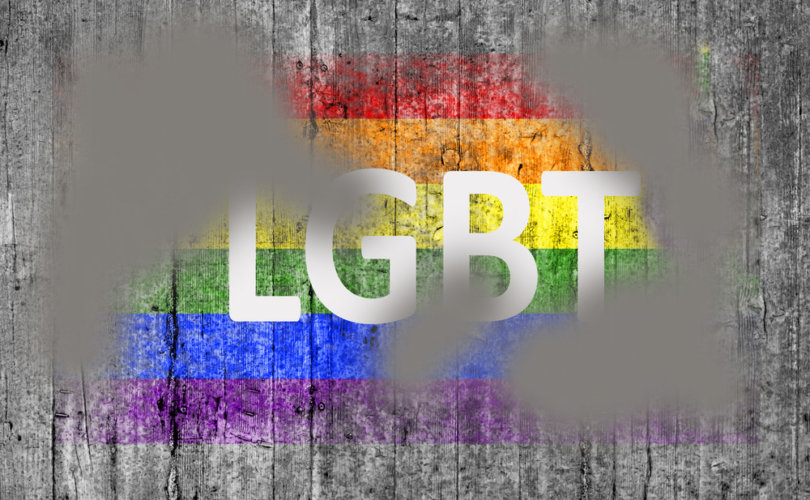 WASHINGTON, D.C., September 3, 2019 (Mercatornet) – The findings of a recently published study explode the false narrative that being “gay” is an innate condition that is controlled or largely compelled by one's genetic makeup.

Rebutting decades of search by LGBT scientists for a “gay gene,” the study's first author flatly concludes “it will be basically impossible to predict one’s sexual activity or orientation just from genetics.”

This is putting it gently.

The study found that a person's developmental environment — the influence of diet, family, friends, neighborhood, religion, and a host of other life conditions — was twice as influential as genetics on the probability of adopting same-sex behavior or orientation, and that the genetic influence did not come from one or two strong sources but from dozens of genetic variants that each added a small increased propensity for same-sex behavior.

A genetic arrangement based on a large number of markers across the genome means that virtually all human beings have this arrangement, or large portions of it. In other words, not only did the study fail to find some controlling gene for gay identity, it also established that “gay” persons are not genetically distinct from all other human beings in any meaningful sense. “Gay” persons, we might say, have a perfectly normal human genome.

Proponents of LGBT normalization, which includes the publishing journal and mainstream media reporters, have tried to put the best face on this result. As if the issue were tolerance of “gay” people's lifestyle choices, The New York Times quotes one of the authors saying, “I hope that the science can be used to educate people a little bit more about how natural and normal same-sex behavior is,” and LGBT activists declaring that the study “provides even more evidence that being gay or lesbian is a natural part of human life.”

Indeed, the study found that genetic propensity for same-sex behavior is not much different from that of 28 other complex traits or behaviors, and is related to a propensity for other risk-taking behavior such as smoking, drug use, number of sex partners or a general openness to new experience. But the longstanding and emphatic claim of gay activists in law and public policy has not been that same-sex activity reflects upbringing or lifestyle factors, but is an inborn difference that is discovered, not developed, a distinct and fixed element of a person's nature that is unchangeable. Emotionally and sexually, same-sex orientation is not a matter of who persons choose to become, they have claimed, but who they already are.

A linchpin of the evidential basis for the U.S. Supreme Court decision sanctioning same-sex “marriage,” for example, was that same-sex orientation reflected an “immutable nature (which) dictate(d) that same-sex marriage is their only real path to this profound commitment.” (Obergefell v. Hodges ruling, p. 4). And the point of conflict for tolerance today is not so much for people who want to identify themselves as gay or lesbian but for people who want for themselves personally to avoid or resist such an identification.

On the grounds that they would be denying their immutable nature, numerous legislative and judicial efforts are currently underway to outlaw voluntary therapy for or deny the legitimacy of adults who experience some level of same-sex attraction but do not want to engage in same-sex relations or identify themselves as gay or lesbian. In the very jurisdictions where persons with same-sex orientation are now free to identify as gay and to engage in same-sex “marriage,” LGBT ideologues are working to deny the same persons the freedom to decline to identify as gay and to engage in opposite-sex marriage, on the premise that they would thereby be doing violence to who they really are.

This study pulls the rug out from under such thinking. If “gay and lesbian” persons are genetically normal, what basis is there for considering them a distinct protected class subject to preferential treatment under the law or for prohibiting other genetically normal persons from refusing to engage in same-sex behavior?

The study finds that most persons with the identical genotype as “gay or lesbian” persons (by an approximate ratio of 2 to 1) end up, for various reasons of social environment or development or personal principle, not engaging in same-sex relations. Shouldn't such persons have equal freedom and legitimacy to do so?

In a free society that values personal autonomy, it is not an appropriate function of law to penalize personal lifestyle choices, no matter how vehemently some may disagree with them or politically incorrect they may be. If it ever did make sense on the premise that “gay” persons were born that way, in the absence of such a compelling genetic difference, it is impossible to reasonably maintain that tolerance of homosexual behavior requires intolerance of heterosexual behavior.

In light of these implications, some of the scientists involved in the study, who are themselves gay, have publicly opposed its publication. Strikingly unaware of their own bias, they expressed concern that the study findings would be “misconstrued” to “advance agendas of hate.” In less heated language, they are concerned that it might be interpreted in ways with which they disagree. For them, the benefits of increased understanding of human behavior in this area did not outweigh the perceived negative political implications of the findings for the expression of gay identity.

The lead authors of the study, some of whom are also gay, are to be commended for resisting the impulse to suppress scientific evidence for the sake of political expediency.  Although sadly often violated today, the conviction that the dissemination of evidence and ideas should not be censored by political considerations is fundamental to modern science. While we can dispute, hopefully with mutual respect, who may be being hateful to whom in their interpretation of the results, in the end we will all find our best modus vivendi on the basis of policy and law that reflects solid objective evidence, honestly presented, as this study exemplifies.

Or as a wise man once said, “You will know the truth, and the truth will set you free.”

Fr. Paul Sullins is a Catholic priest and former sociology professor at the Catholic University of America who is now serving as senior researcher at the Ruth Institute. This article first appeared at Mercatornet and is republished here by permission.