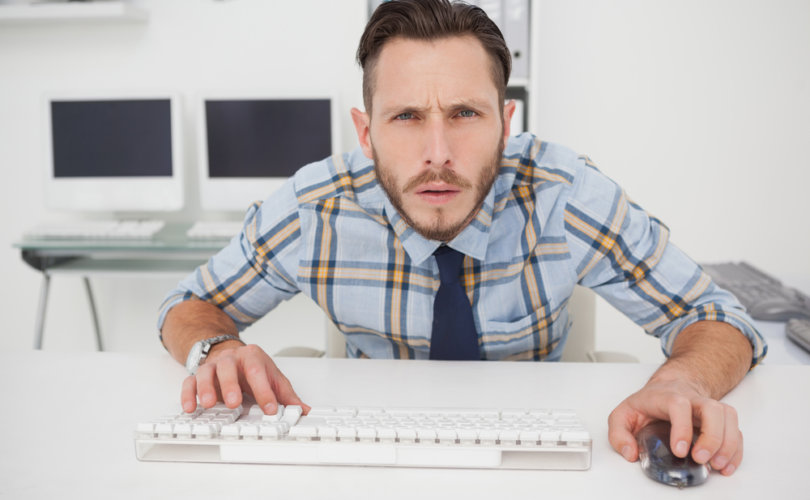 June 23, 2016 (BreakPoint) — The sociologist Peter Berger once told a story in First Things about his childhood in Mussolini’s Italy and the ideological use of language.

Italian, like Spanish and French, has one way of addressing someone close to you, “tu,” and another for addressing a stranger, “lei,” which is also Italian for “she.”

As Berger told readers, Mussolini thought using “lei” was “effeminate” and “degenerate.” So instead of using “lei,” the Fascists insisted on substituting “voi,’ which is the second person plural – sort of like “you all.”

Berger’s story comes to mind in this latest encounter with a neo-logism courtesy of the sexual revolution. The new word is “cisgender.” In case you are unfamiliar with this word, it is used to refer to, to quote Wikipedia, “people whose experiences of their own gender agree with the sex they were assigned at birth.”

Now statistically-speaking, that’s virtually everyone. Dare I say, a better word could be “normal.” But note how embedded in the definition itself, gender is chosen and sex is assigned—as if it were not tied to reality at all.

The term “cisgender” was coined in—where else?—an academic paper. Written in 1998, it was entitled “The Neosexual Revolution,” which in turn cited a 1991 paper entitled “Transsexuals and our nosomorphic view.”

If “neosexual” and “nosomorphic” sound like made-up words to you, you’re correct. In fact, a Google search for the word “nosomorphic” yields no results apart from the references to the above-mentioned article.

I said “where else,” because the word “cisgender” is the product of the same academic nonsense factory that allowed physicist Alan Sokal to sucker the journal “Social Text” into publishing a paper entitled “Transgressing the Boundaries: Towards a Transformative Hermeneutics of Quantum Gravity.”

In the paper, Sokal facetiously argued that gravity is socially-constructed. Never mind it’s an idea readily debunked by jumping off your roof.

Sokal noted that the editors at “Social Text,” “apparently felt no need to analyze the quality of the evidence, the cogency of the arguments, or even the relevance of the arguments.”

We could say the same things about those who separate “gender” from biological reality. But this bit of nonsense is, it seems, making its way into the mainstream.

For instance, the word “cisgender” is recognized by Microsoft Word.

Now, virtually no one reads academic journals, but most do use spell-checkers, and if these tell us that “cisgender” is a word, then the idea becomes just a little more real.

“Cisgender” doesn’t have to become common usage to have an impact. All that’s required is for enough outlets and opinion elites to adopt the term in order to raise doubts in our minds about the relationship of “gender” to biology. If enough people doubt that their own experience is normative, then the neologism will have succeeded in its task.

This is how language works in political and cultural discourse. Or even as a political or cultural weapon. The people using “voi” in Mussolini’s Italy may or may not have been actual Fascists, but they spoke as if Fascism were true, which made Mussolini’s job easier.

The novelist Joseph Conrad, in his novel “Lord Jim,” expressed the essence of propaganda: “He who wants to persuade should put his trust not in the right argument, but in the right word.”

Even, I would add, if you have to make the word up.