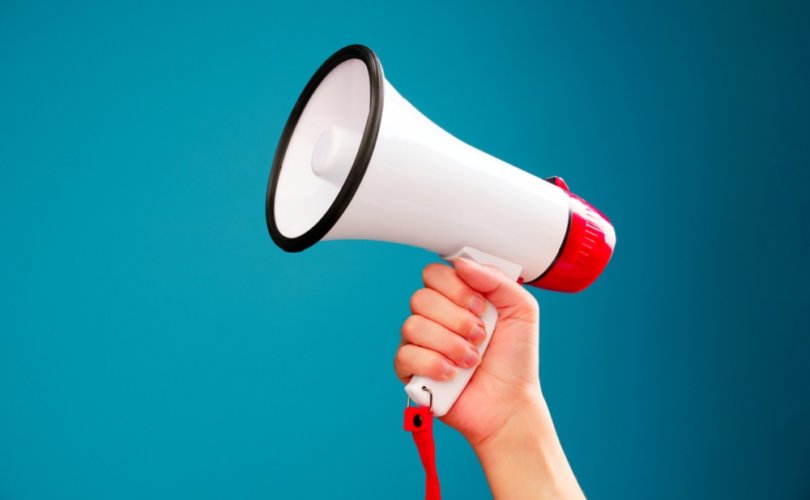 February 4, 2021 (LifeSiteNews) — Jesus was not a politician. He never ran for office — He didn’t live in a democracy. He did, however, speak out against both the Roman civil rulers and the Scribes and Pharisees and Sadducees, the religious leaders.

His public ministry began after the arrest of John the Baptist, who also was outspoken publicly against both religious and civil authorities. At one point, John upbraided the area’s ruler, Herod, for claiming that his brother’s wife was his own. In other words, he embarrassed the king. So King Herod had him killed. John was ultimately executed for speaking publicly against government rulers.

The Sadducees and Pharisees whom Jesus so often railed against were allowed by Rome to exercise limited governorship over the Jews. They were civil leaders to a degree. In other words, Jesus called out civil and religious leaders in the strongest terms possible: thieves, hypocrites, sons of the Devil, etc. He challenged the authorities in Jerusalem by violently clearing the Temple with a whip, overturning the moneychangers’ tables. He railed against them for making the Temple “a den of thieves.”

Jesus’s message was about the coming Kingdom of God. His “Lord’s Prayer” includes the exhortation that God’s Kingdom be manifest on Earth. Using the word “Kingdom” is telling, in that it was a political term. Jesus didn't say, for instance, God’s “people” or God’s “community” or God’s “Body” or God’s “society” or any one of a number of non-political terms. His announcement that “The Kingdom of God is at hand” was a direct challenge to both the civil and religious authorities. To this day, the Kingdom of God and the kingdom of this world often find themselves in conflict.

The Church has often been called “the conscience of the nation.” Jesus said we are “the light of the world.” Indeed, one of the Church’s functions in society is to bear witness to what is good and steer as many as possible — whether members or not — toward the good. Souls are at stake.

Some people say that since those engaging in evil are not members of our flock, we should keep silence. It’s the “I can’t impose my morality on others” excuse for saying nothing in the face of evil. This may soothe our consciences, but it is the polar opposite of love. If we truly love and care about our neighbor — even a heretic Samaritan — we will do what we can to help him, including sharing the scientific facts proving that immoral practices are harmful.

And we speak out, not just for the sake of those engaging in evil, but for Christians weak in the faith, duped by the world (which includes those who would justify their silence by spouting the liberal creed, “We can’t legislate morality in a pluralistic society”). All too often, Christians — including some of our leaders — spout whatever the mainstream media say about sex, abortion, divorce, etc. Public ecclesial leaders have personally told me their homosexuality is inate and unchangable. I once was told by a stranger, while in the seminary chapel following a worship service, of his sexual exploits while traveling. He smiled and boasted about it. In other words, even fellow Christians need us to clearly defend the right and decry the wrong.

Christians speak out because we love. There are horrible consequences for the poor, the handicapped, the gender-confused, those with the “intrinsic disorder” of same-sex attraction, the military, all of society. We speak out of love for our neighbor. “Love the sinner, hate the sin” — we love the sinner by sharing how harmful sin is and pointing to a better way. To be passive when people’s lives are being ruined is to be complicit with evil. It is hating our neighbor.

We look to ourselves first, always saying with St. Paul that “I am the worst of sinners.” So our internal approach is not that “I have the moral high ground,” but “you are better than me; I am nothing but a beggar telling you where to find food and warning you of good-looking foods that contain poison.”

While we are commanded to obey the authorities over us and to pray for our leaders personally, this command to obey is not unbounded. As St. Paul wrote many times, we are to “be subject” to rulers, for God appoints them “for the punishment of evildoers and for the praise of those who do good.” However, when the religious governing authorities told the apostles to stop preaching, they replied, “We must obey God rather than men.”

Jesus spoke harsh words to leaders. He openly criticized King Herod, calling him a “fox.” When the State goes beyond tolerating sin that harms people to celebrating and endorsing and paying for evil, the Church rightly condemns such actions — for the good of all, and especially for the weak who need moral direction. Satan is the “god of this age,” and he has deceived the nations, so the Church’s correction is continually in need and essential for the common good.

The authorities themselves need us to criticize their harmful ideas so as to at least rein in their misguided actions and diminish the damage to citizens.

If we consider Jesus “Lord” of our whole life, that includes our interactions with civil and religious authorities. (In a democracy, that minimally includes voting.) We interact with love, but that doesn’t mean we’re always “nice” or compliant. Jesus never went along with the status quo, and often His words were the opposite of “nice.” Jesus is the personification of love. Following His example, Christians should speak out against evil in all its forms, including evil legislation, evil policies, and evil ideas.

— Article continues below Petition —
Jesuit Order: Censure James Martin, SJ, for offending Poland by blaspheming the Black Madonna
Show Petition Text
22592 have signed the petition.
Let's get to 25000!
Thank you for signing this petition!
Add your signature:
Show Petition Text

We speak out not to condemn people, but to do just the opposite: to love people. For instance, sodomy harms people and the society that condones it. Sodomy hurts, physically, biologically, emotionally, psychologically, and spiritually. Anyone who genuinely seeks to truly love does what he can — and usually all we can do is speak out — to discourage or stop the promotion and enabling of sodomy. That’s just one example.

Another example is transgenderism. This lie destroys lives. At the Ruth Institute, where I work, the first “Dr J Show” I produced featured a journalist who worked with parents of minors who, without parental consent but with the help of schoolteachers and administrators, had their penises cut off, breasts cut off, etc. Minors.

There are many more examples, such as abortion and euthanasia, but the point is that we warn because we care. As James Dobson puts it, love cares enough to confront.

This speaking out sometimes works to save many. There are examples of Christians speaking out against evil who successfully persuaded the authorities and the populace. Abolition is one example, but there are many. Thank God abolitionist Christians did interfere with the State! In its early centuries, Christianity “turned the world upside down” and, in the West, led to tolerance, democracy, and freedom.

It is important to note that there must be a marked difference between public pronouncements and personal, one-on-one pastoring. Christians love all, unconditionally, “as is.” Like God, the Christian community takes people where they are and does not impose moral perfection before welcoming. At my parish for over 20 years, we welcomed lesbians and those suffering from same-sex attraction. Let the wedding banquet be full! All who are thirsty may come. As Gordon Mote sings it, “I catch ’em; God cleans ’em.”

When we speak in the public square, it’s a different story. We discern evil for the sake of the many who are deceived, and I believe we must be as bold as John the Baptist, and as bold as Jesus, no matter what is politically correct. We, too, should care so much for our neighbor and the world that we risk all in telling the truth.