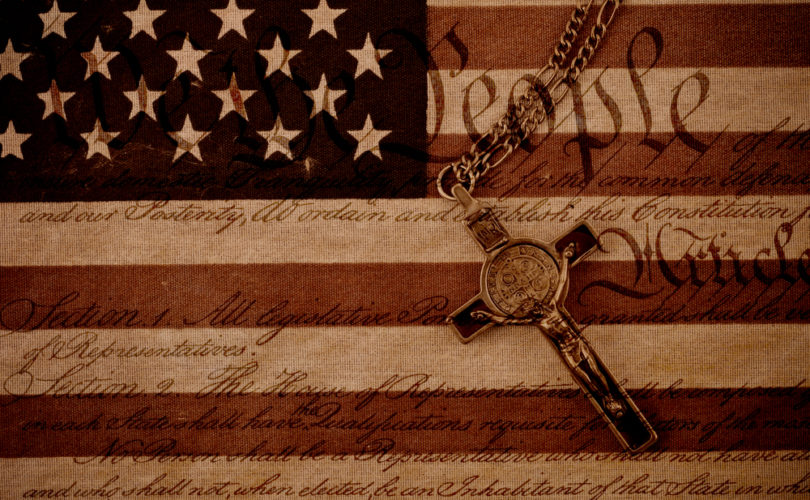 April 30, 2019 (American Thinker) — The Islamic State (ISIS) has now taken credit for the Muslim massacre of Christians in Sri Lanka. On average, over 300 Christians a month are killed for their faith globally. This is the end result of a campaign of disrespect and hate toward Christians that have become a significant theme of American politics as well.

Is it merely coincidental that the most rapidly rising candidate for the Democratic presidential nomination, Pete Buttigieg, launched his campaign with an unfounded and unprovoked attack on America's vice president because he is a Christian? In fact, as Buttigieg's governor in Indiana, Pence had been particularly generous to Buttigieg when he publicly revealed his sexual orientation. But Buttigieg would not be dissuaded by Pence's gesture of tolerance.

Buttigieg's hatred was inspired by Pence's Christian beliefs, not any anti-gay behavior on his part. In other words, it was an assault on Americans' most basic freedom: religious liberty. Buttigieg's attack took place without so much as a demurral from any national Democratic figure, and in fact led directly to Buttigieg's ascension to third place in the Democratic primary race. That alone speaks volumes about the anti-Christian prejudices manifested by the Left in this country.

Consider Barack Obama, who referred to the Sri Lankans murdered in church as “Easter worshippers” — as though they were druids on holiday rather than Christians worshiping their savior on the day they believe He rose from the dead. The other side of this disrespect is the zeal with which leftists have closed ranks around supporters of the Islamic war against infidels like congresswomen Ilhan Omar and Rashida Tlaib, both of whom have done fundraising speeches for terrorist-related groups.

In a recent article about the Sri Lanka attacks in National Review, Doug Bandow writes: “Christianity's dominant role in American culture has obscured the fact that it is the most persecuted faith globally.” In fact, Christianity is almost invisible in America's public culture and is its most persecuted faith as well. (In terms of violent acts, filed under “hate crimes,” Jews are the most frequent targets, thanks to the anti-Semitic propaganda emanating from Muslim Brotherhood front groups and bigots like Ilhan Omar. But unlike Jews, Christians are attacked for the specific beliefs of their faith.)

The Christians who created America made religious liberty and freedom of conscience the foundation of all Americans' other freedoms. In doing so, Christians gave a great gift, not only to Americans, but to people all over the world whose freedoms Americans have defended. This America is now under attack. Freedom of speech for conservatives is now nonexistent on America's university campuses. They are in embryo the one-party state the Democratic Party is working overtime to achieve.

The war on American democracy has reached a critical point. To grasp the nature of this war, and to understand its goals, it is essential to recognize its origins in the war against Christians. Christian beliefs in the sanctity of life, in free will (and hence individual accountability), and in the flawed nature of humanity are the principal bulwark against our descent into the barbarism that progressivism promises us.

David Horowitz is the author of the newly published Humanix book Dark Agenda: The War to Destroy Christian America.