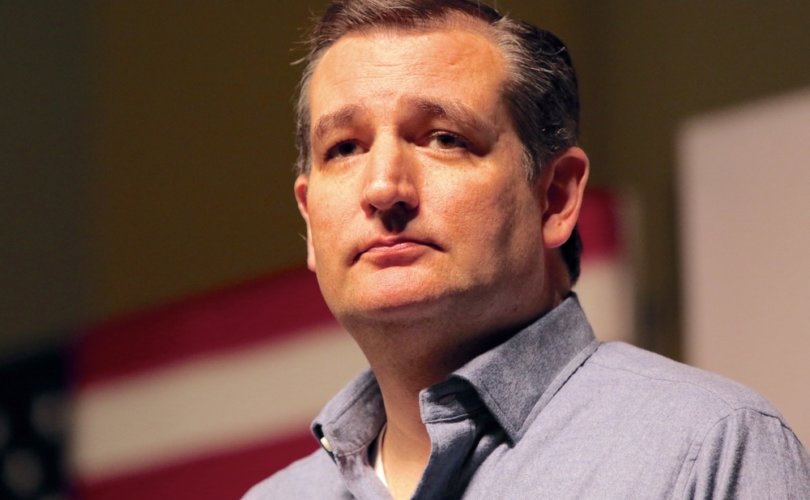 April 9, 2018 (American Thinker) – Has Ted Cruz been shadowbanned by Twitter?

As Ace at Ace of Spades via Instapundit puts it, it “sure looks that way” (read the whole thing). He writes:

“Shadowbanning” is a banning that's hidden from the user. They don't ban you outright, but they do block everyone except the people you most frequently interact with from seeing your tweets.

A while ago, when I was still on twitter, one of my snarky comments would get 20, 40 retweets, at minimum. Then one day many of my tweets would get zero retweets, or 3.

When Twitter suspended me, I didn't bother getting unsuspended, because I knew they'd already blocked my tweets from 99% of all potential readers. So why bother even using their piece of [s—] data-exploitation antisocial media?

I would like Twitter to be quizzed heavily about this when they come before Congress to testify. Many conservatives are shadowbanned – Mollie Hemingway seems to be. Michelle Malkin seems to be.

And even Senator Ted Cruz seems to be.

If this is not actually an open forum, they ought to say so. It's a simple matter of honest disclosure.

Ace draws his conclusion from a piece by Jim Geraghty, here, which describes how Ted Cruz, with 3 million Twitter followers, gets only a couple hundred retweets any time he says something there, while left-wing senator Kamala Harris, who has half his followers, gets thousands and thousands of retweets.

I did some further research to find out if there was any mitigating factor, checking how many of Cruz's followers are fake. Fake followers probably wouldn't retweet anything because they are bots and trolls and often used to pad follower figures to make a politician appear more influential than he or she is. The figure that this Twitter auditor came up with for Cruz was only 17% fake followers, meaning that 83% of Cruz's 3 million followers are genuine, people who are following Cruz because they really want to hear what he has to say. I have followed and been followed back by Cruz for years, and yes, lately, I have not seen any Ted Cruz tweets. So my antennae are up. I too am one of the stiffed among his many followers.

Now let's look at Harris. An audit of her Twitter followers shows that more than half (55%) of Harris's followers are certified fake, according to Twitter audit. Check out the fakery yourself. Yet Harris still gets way more retweets and “likes” than Ted Cruz ever does, at least three times more, yet with only half the followers, and the landslide majority of them fake.

Shadowban? I think there's no other conclusion.

What this shows is two things: it's not just the marginal little weasels and annoying fanatics who get shadowbanned by Twitter. It's major political figures now, meaning no one is immune.

At this point, it makes Twitter a partisan organ (which is obvious enough from its CEO's recent tweet) and not a neutral platform. In its refusal to maintain its stance as a neutral platform, two things are obviously changed.

One, Twitter's double standard about who gets to tweet and be heard amounts to undeclared campaign contributions and must therefore be counted as such.

Two, Ace brings up the important point that Twitter is thus far immune from libel and liability lawsuits that a published organ would not be immune from, because it bills itself as a neutral platform. Well, it's not a neutral platform; it's a highly partisan and edited platform. That means that it will need to edit every single thing that appears on its site for libel if it doesn't want to be subject to suits. Already it's under the gun from victims of the Pulse nightclub shooting as an enabler of terrorists – its devotion to partisan politics over being a neutral platform now opens the door wider to the lawsuits now, and regulation for all it's getting away with in its juvenile little partisan gamesmanship.

They can quit it and unban Ted Cruz and let him be heard, or else it's time for the legislators and the lawsuits. They can have it one way or the other, just not both. Ready, Ted?