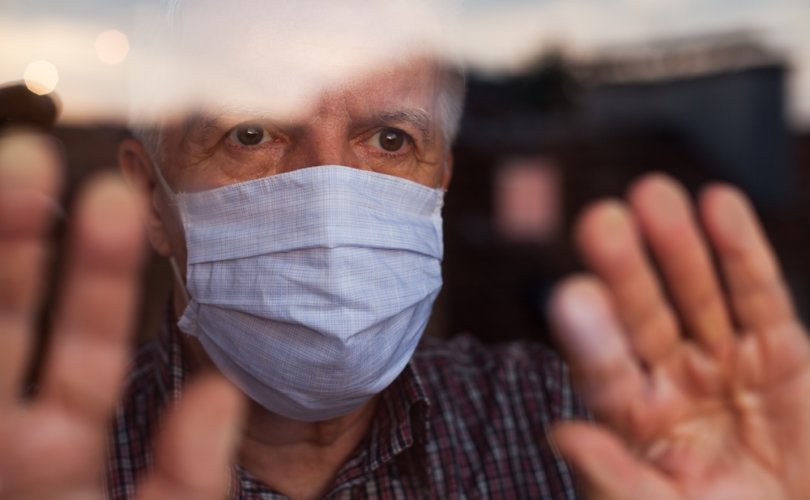 (Just Facts) – With one exception, every gold standard study of masks in community settings has failed to find that they slow the spread of contagious respiratory diseases. The outlier is a widely cited study run in Bangladesh during the COVID-19 pandemic, and some of its authors claim it proves that mask mandates “or strategies like handing out masks at churches and other public events—could save thousands of lives each day globally and hundreds each day in the United States.”

Yet in reality, the authors altered their study to exclude the data that could prove or disprove that very claim. This is a blatant violation of research ethics, and it biases the study to hide the harms of masks, which are far more common and serious than portrayed by governments and media outlets.

The Bangladesh mask study, published by the journal Science in December 2021, was a “cluster-randomized controlled trial.” In plain language:

In short, the basic study design was ideally suited to determine if masks work, but as will be shown, the execution and interpretation were not.

As required by research ethics, the authors of the Bangladesh mask study published a pre-analysis plan explaining how their RCT would be conducted and what it would measure. Pre-analysis plans are a tool to prevent biased or dishonest researchers from changing the goal posts after results begin to pour in. Per the journal Epidemiological Reviews:

In designing the protocol of any clinical trial conducted today, there would be a requirement that the endpoints and case definitions be clearly laid out in advance. In fact, regulatory authorities hold the investigators to these predetermined endpoints to avoid what is sometimes termed “data dredging,” or looking for those outcomes for which significant differences would be found.

Likewise, an article from the World Bank’s Development Research Group explains that the primary reason for pre-analysis plans “is to avoid many of the issues associated with data mining and specification searching by setting out in advance exactly the specifications that will be run and with which variables.”

The pre-analysis plan for the Bangladesh mask study states that it will measure “hospitalizations and mortality,” but these measures are completely absent from the study results. This is a flagrant breach of research ethics, and it obscures the only data that can objectively prove whether masks save or cost lives on net.

Importance of the death data in such studies

To accurately measure the impact of masking or any other medical intervention on death, one has to measure actual deaths—not some other variable. This is because measuring whether masks prevent COVID-19 infections, as the Bangladesh study does, doesn’t measure how many people died from COVID-19 or any of the lethal risks of masks identified in medical journals, such as:

Only RCTs that measure deaths can capture the net effects of all such factors. That’s why medical journals call “all-cause mortality” in RCTs:

Unlike other data which can be easily manipulated through statistical tampering, all-cause mortality in RCTs is straightforward and solid. If an RCT is large enough and properly conducted, a simple tally of all deaths among people who receive and don’t receive a treatment proves whether the treatment saves more lives than it takes. This gets more complicated for cluster RCTs, but it is still a clear-cut process.

The excuses for abandoning the study’s plan

Because the lead and final authors of a clinical study are most responsible for it, Just Facts asked Yale economics professors Jason Abaluck and Ahmed Mushfiq Mobarak why they flouted their pre-analysis plan to measure deaths. As documented in this full record of the email exchange, they gave counterfactual answers and then failed to reply after they painted themselves in a corner.

In a key part of the exchange, Abaluck claimed:

Collecting mortality data would have required us to revisit every household at endline in order to survey them (we only collected blood from the small subset of households symptomatic during our study period). Given the nationwide lockdown that went into effect, another round of revisits would have been prohibitively expensive and complicated, and we prioritized the other outcome variables where we had much better hope of being statistically powered.

Given that your team was “able to collect follow-up symptom data” from “98%” of the individuals in the study, why would they need to “revisit every household at endline to survey them”?

Likewise, the working paper reveals that their study “surveyed all reachable participants about Covid-related symptoms” and then used the data to calculate that masks reduce the risk of “Covid-like symptoms.”

During the very same surveys, they could have easily asked the participants if anyone in their household died. In fact, the authors may have done that, because they wouldn’t answer these questions:

Did you collect mortality data during any part of the study before the endline? If so, would you share it?

Just Facts asked those straightforward questions twice, but the authors did not reply.

Other issues with the Bangladesh study

Beyond excluding the death data, the authors engaged in other actions that reflect poorly on their integrity. One of the worst is touting their findings with far more certainty than warranted by the actual evidence.

For example, some of the authors wrote a New York Times op-ed declaring that “masks work,” a claim undercut by the following facts from their own study:

Summary of issues with study

Based on their study’s finding that “mask-wearing” was 13% in villages that were not pressured to wear masks and 42% in those that were, the authors extrapolated their results to claim that:

Those claims are based on shaky statistics laced with absurd assumptions, and they fail to account for any of the lethal risks of masks. Worse still, simply counting the people who died in their study could settle this issue, or at the very least, define the outer boundaries of the effects of masks on death. Yet, the authors didn’t collect this easily obtained data as specified in their pre-analysis plan—or they are withholding it.