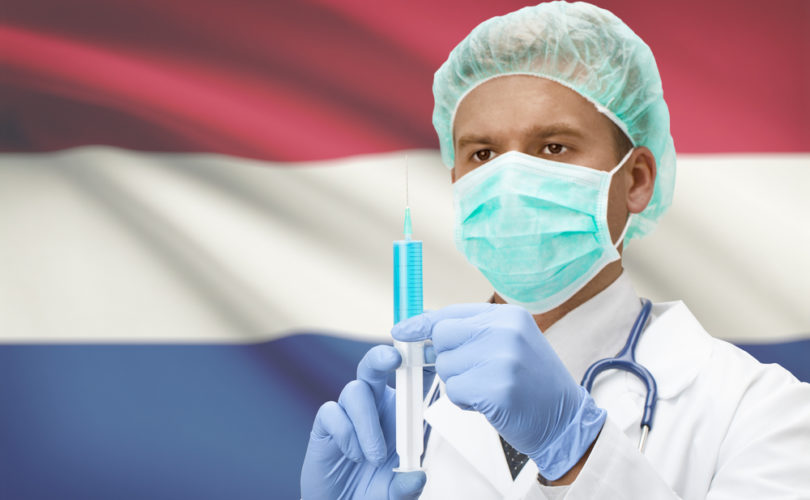 August 12, 2015 (AlexSchadenberg) — A study released in the Journal of the American Medical Association (JAMA) analyzing the euthanasia deaths in the first year of operation at the Netherlands euthanasia clinic appears to have been done to prove that euthanasia is being done carefully at the clinic.

The study: A study of the First Year of the End-of-Life Clinic for Physician-Assisted Dying in the Netherlands was published online on August 10, 2015.

The data shows that in its first year of operation (March 1, 2012 – March 1, 2013) the Netherlands euthanasia clinic received 645 requests for assisted death and lethally injected 162 people.

The study indicates that woman represented 62% (Table 1) of the requests for euthanasia and 65% (Table 3) of the euthanasia deaths.

This is more than double the total figure of 17 in 2014 as a whole, the clinic’s first half figures show.

In addition, almost 100 psychiatric patients are on the waiting list for help, the NRC said. This is because of a shortage of psychiatrists to make the assessments and manage the requests.

The Netherlands euthanasia clinic has also been implicated in several controversial euthanasia deaths, for instance:

Both studies appear to be in response to criticism of the expanding practice of euthanasia in the Netherlands and Belgium.

In July 2014, Theo Boer, an ethicist and a nine year member of a Netherlands euthanasia regional review committee stated that:

I used to be a supporter of legislation. But now, with twelve years of experience, I take a different view.

Boer is also concerned that people, who have years to live, are dying by euthanasia in the Netherlands.

Learn about how euthanasia became socially approved in the Netherlands by purchasing the book by Gerbert van Loenen, a Dutch journalist titled: Do You Call This A Life? Blurred Boundaries in the Netherlands' Right-to-Die Laws.

Purchase the book or DVD: Do You Call This A Life? Blurred Boundaries in the Netherlands' Right-to-Die Laws for: $20 for the book or $10 for the DVD of van Loenen's talk in Ottawa or (book and the DVD for $25) includes postage from the Euthanasia Prevention Coalition (EPC) by calling: 1-877-439-3348 or email: [email protected]