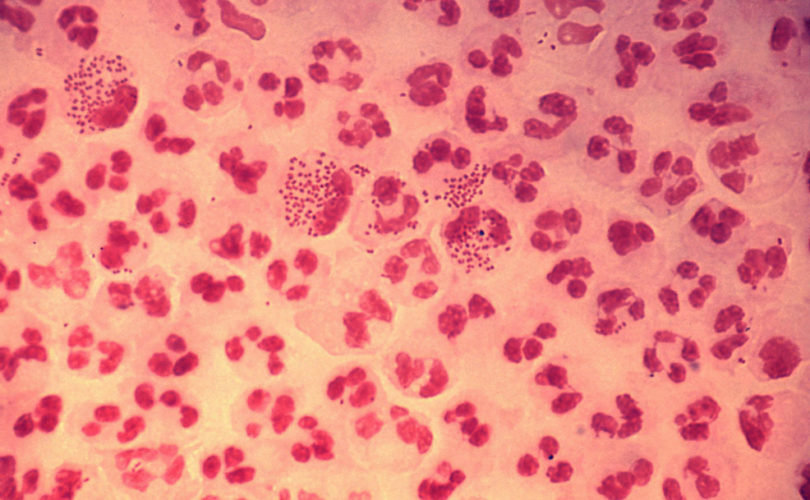 January 13, 2016 (LifeSiteNews) – Just in case you think this article is about the latest science fiction video game, I can assure it is actually the latest scientific projection, which should make all of us stand up and take notice.

Two articles appeared last week, one on January 4, 2016 and the second on January 5.

The first, written by John Robson in Canada’s National Post, highlighted a story from England reporting that gonorrhea has passed the last line of antibiotic defences.

The London Guardian reports that Sally Davies, Britain's chief medical officer, has sounded the alarm on the spread of antibiotic resistant gonorrhoea.

The sexually transmitted infection is increasingly caused by strains of Neisseria gonorrhoeae that resist antibiotic treatment. “Gonorrhoea is at risk of becoming an untreatable disease due to the continuing emergence of antimicrobial resistance,” Davies wrote to doctors and pharmacies. The Guardian reports that a recent outbreak of a superbug strain of the disease – one that doesn't respond to the antibiotic azithromycin – has put Britain on high alert.

Davies urged doctors to use proper treatment protocols. A recent study found that many doctors in Britain still prescribe ciprofloxacin, which hasn't been recommended for a decade now.

The second article hits closer to home. The Globe and Mail in its Health Advisor section, reported a newly-discovered gene that gives bacteria the ability to resist one of our last resort antibiotics and it has been found in people and in ground beef in Canada.

Both of these stories and others that I have read in the last few years, take me back to 1968, when as a student lab technician in microbiology, newly out of high school, I audited a class on bacteriology. The doctor, I was working for, suggested it might be helpful to my learning experience. It was and I never forgot it.

The professor talked about the history and use of antibiotics in the treatment of many diseases including syphillis, gonorrhoea (it was the ’60,s) and other bacteria. He warned the potential doctors in the lecture, that they must never prescribe antibiotics casually for any patient. They must swab for bacteria and only prescribe the one antibiotic that will kill the bacteria which is present. They must never use a “shotgun approach,” with broad spectrum antibiotics.

These words did not seem to be heeded. Throughout the next two decades, antibiotics were given liberally even for viruses like the common cold. Antibiotics in this scenario do not succeed and may even kill the normal flora in the body causing secondary infections from Streptococcus and Staphylococcus.

When you have a sick loved one, particularly a child you want them to be healed and fast. I was fortunate to have a pediatrician who was very cautious with antibiotics and my children.

By the late eighties, articles started to appear about the “Silver Bullet”- the last line of defence against bacterial infections. People still seemed to clamour for Penicillin.

I recall my Mother telling me that when I was baby, they only had sulfa drugs for ear and throat infection, no matter how severe and they acted slowly if at all. Penicillin was discovered in 1928 by Alexander Fleming in England but was only introduced in the 1940’s which began the era of antibiotics recognized as one of the greatest advances in therapeutic medicine. (In an interesting sidenote, Roman Soldiers were known to keep moldy biscuits in their travel bags and to use the mold on injuries. They were not aware that they were using penicillin.)

John Robson’s solution in the National Post article to the antibiotic-resistant gonorrhea is monogamy. He quotes P.J. O’Rourke who wrote over 20 years ago, “the sexual revolution is over and the microbes won.” Someone else once said, “God always forgives, people sometimes, nature-never.” Wise words to remember.

The new superbug gene MCR-1 found in our food is a different and more universal problem. The article recommends less antibiotics in animals and as humans, we can prevent the spread of disease with good old-fashioned hygiene and proper cooking of meats.

As a final word. The world needs a healthy dose of morality and common sense or the superbugs could win.