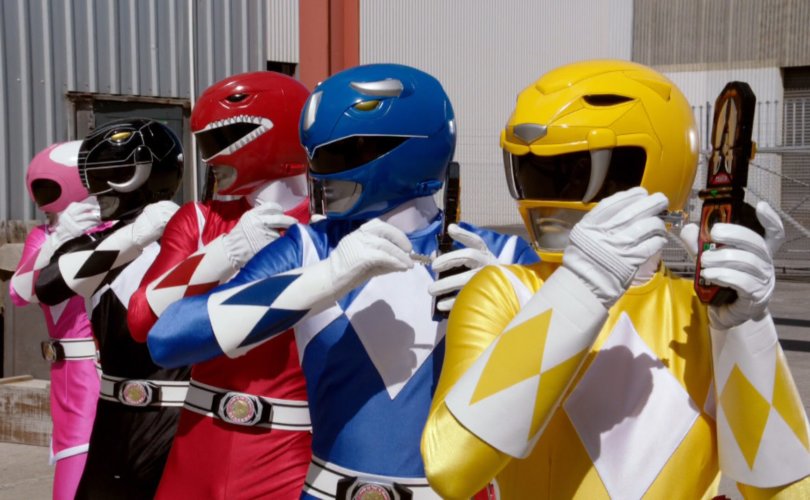 March 22, 2017 (NewsBusters) — This weekend, LGBT activists across the country rejoiced to see Disney’s first gay character, LeFou, in Beauty and the Beast. Now, superhero fans are celebrating a similar milestone.

“For Trini, really she's questioning a lot about who she is,” Israelite explained. “She hasn't fully figured it out yet. I think what's great about that scene and what that scene propels for the rest of the movie is, 'That's OK.' The movie is saying, 'That's OK,' and all of the kids have to own who they are and find their tribe.”

David Yost—the actor who played the blue ranger in the 1990’s TV show—was thrilled to hear the news. “I think so many people in the LGBTQI community are going to be excited to see that representation,” he told Couch.

According to Couch, several figures are portrayed as gay in comic books, but have been turned straight for the big screen. These include DC’s Wonder Woman, Catwoman, Batwoman and Harley Quinn, in addition to Marvel’s Ice Man.

But the opposite is also the case.

In July 2016, Star Trek Beyond featured Sulu as gay, although originator Gene Roddenberry had not written the character that way. Original Sulu, and gay actor, George Takei, expressed some concern over the modification.

“I’m delighted that there’s a gay character,” Takei told The Hollywood Reporter. “Unfortunately, it’s a twisting of Gene creation, to which he put in so much thought. I think it’s really unfortunate.” Instead of making Sulu gay, Takei had suggested that the writers create a completely new character — one without Sulu’s ingrained history — and make him gay instead.

Israelite obviously didn’t use that advice for his own film.