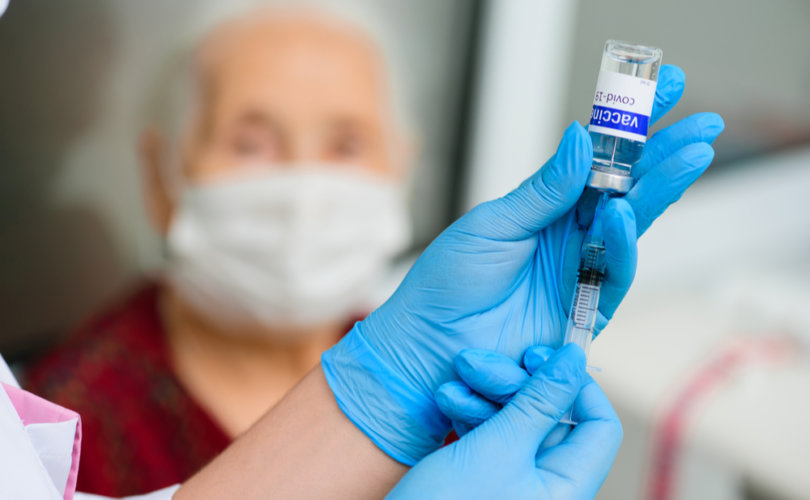 (The Daily Sceptic) – There were 1,540 more deaths than usual in England and Wales registered in the week ending June 24, the most recent week for which data are available, according to the latest update from the Office for National Statistics (ONS), released on Tuesday.

This is 16.6 percent above the five-year average. Of these deaths, 285 were registered ‘with COVID’ and 166 as due to COVID as underlying cause, leaving 1,374 from a different underlying cause.

This brings to 7,840 the total number of non-COVID excess deaths (above the five-year average) since April 29, the start of the recent spike. Of these, a large proportion are occurring in the home, leading to calls for an urgent investigation into why thousands more people are dying than would be expected, despite COVID death numbers staying low.

It is doubly concerning as following the 138,000 excess deaths since March 2020, a reduced number of deaths would now be expected due to the mortality displacement of people dying earlier than they ordinarily would.

As I noted last week, the current spike in non-COVID deaths has broadly coincided with the spring rollout of boosters to over-75s, which began on March 21. This pattern is depicted in the following two charts.

The first shows cumulative non-COVID excess deaths by date of registration since week ending March 25 (the dip in the week ending June 3 is due to the bank holiday weekend). The rise in doses and deaths around the same time is obvious.

The second chart shows weekly (not cumulative) non-COVID excess deaths by date of occurrence (I have split the first week’s vaccine doses between the first two weeks as there was no report in the first week).

A correlation of sorts is evident between vaccine doses and non-COVID death occurrences. However, it can also be seen that non-COVID mortality was rising since at least the start of February, though with a marked acceleration around the time of the booster rollout. It is also clear that non-COVID deaths do not fall off as the rollout winds up, which might have been expected if the vaccines are the primary driver.

The sharp rise in deaths by occurrence in the week ending June 17 is particularly noticeable.

Breaking it down by age, around 75 percent of the non-COVID excess deaths registered since the week ending April 29 have been in the over-75s, meaning around 25 percent of the excess deaths are in the under-75s, despite that age group not participating in the spring booster campaign. In the most recent week (ending June 24) the proportion of deaths in the over-75s dropped sharply to 64 percent, compared to 72 percent the previous week. This suggests the latest spike since mid-June is being driven to a large extent by the under-75s.

This gives a somewhat mixed picture of how the current wave of non-COVID deaths may relate to the spring booster campaign. This does not mean vaccinations should be dismissed as among the causes, however.

A recent article by Michael Simmons appeared in the Spectator asking what is behind the surge in deaths at home. He briefly considers the possibility that the vaccines may be involved, only to dismiss it:

“Might the rise in at-home deaths be linked to the COVID vaccines? A paper by BMJ Editor Peter Doshi is doing the rounds saying that in trials the jab’s side effects hospitalised more than the virus. But the data wasn’t actually that clear cut. Sir David Speigelhalter, a statistician from Cambridge, points out that the study ‘only considers COVID hospitalisation during the trials themselves, which covered only around two months at a time of low COVID. The true benefit of vaccines extends far beyond this period, so the harm/benefit comparison used in this study seems entirely inappropriate.’ He doesn’t think the Doshi paper will pass peer review.

But why then is all this happening?”

This is clearly far too quick to dismiss the role of the vaccines. Even granting Spiegelhalter’s point, it only means the risk/benefit ratio may change over a longer study period. It doesn’t affect the absolute number of serious adverse events that occurred with the vaccines within the study period.

Dr. Doshi and colleagues found that the vaccines were associated with excess non-COVID serious adverse events of around one per 800 people vaccinated (12.5 per 10,000 or 0.125 percent). Since 47.5 million people in England and Wales have been vaccinated with at least one dose, on these figures we should expect around 60,000 serious adverse reactions (at a minimum – the trial participants were younger than the general population).

With up to 1 percent of the vaccinated needing medical care, it is thus not inconceivable that as many as 0.1 percent may suffer something very serious or fatal, perhaps higher in an older population. Taking 0.1 percent of the 4 million spring booster doses gives a figure of 4,000, a similar ballpark to the non-COVID excess deaths during the period.

Whatever the respective role of vaccines, COVID, and lack of access to healthcare, this is clearly something which needs looking into properly.