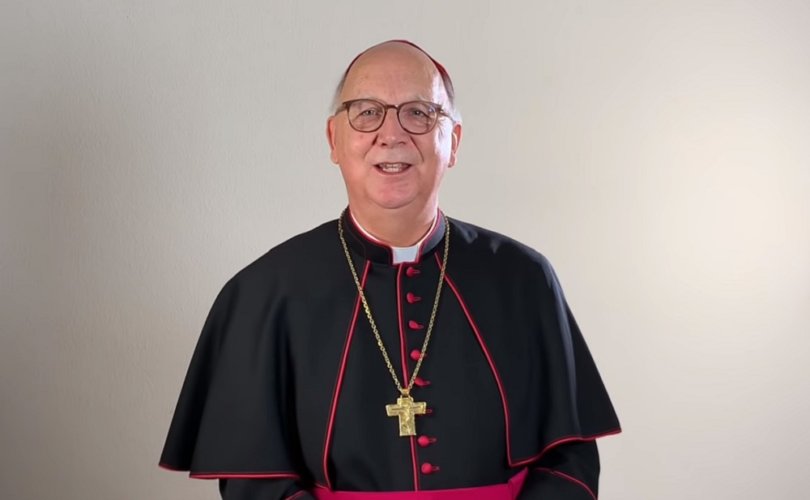 April 22, 2021 (LifeSiteNews) — What do you think the Lord would say about the universal sacramental shutdown within the Church that has deprived the faithful — among them many elderly and dying people — of the sacraments across the world? Such a thing has never happened in the 2,000-year history of the Church, not even in the hardest times of war, plague, and persecution.

What would have happened if the Church had intensified its sacramental life? But instead, it acted according to the general secular logic, which does not know faith and causes the shutdown of the sacraments and the desolation of the places of pilgrimage, among other things (cf. the empty St. Peter’s Square). Nevertheless, on March 25 of last year, Pope Francis urged us to ask God for the end of the pandemic worldwide. So to what do our faith and reason have to refer: to trust in our own measures, which did not achieve the desired effect but caused enormous damage, or to God’s supernatural help?

Was it reasonable for Israel to look to the bronze serpent raised by Moses in the wilderness (cf. Numbers 21:4-9) to escape with their lives after the deadly snakebite? Was it reasonable to think that five barley loaves and two fish (cf. John 6:9) could feed a huge crowd so that they would not collapse from emaciation on the way home? Was it reasonable to touch the hem of Jesus’ garment in order to be healed (Matthew 9:21)? Is it reasonable to believe daily in the change of the substance of bread and wine into the body of Christ, which presupposes an intervention of God in the here and now?

In Mark 16:18 we read that even the drinking of deadly poison will not harm the disciples. This does not mean that we should do it wantonly, where there are other solutions. It means only that the secular reason, not the faith, acts unreasonably in the contact with GOD from a certain point.

I know the pertinent place in St. Thomas Aquinas’s works. In our context, we talk about something else. With many miracle healings Jesus has praised the faith of the people in question as a prerequisite: “Your faith has helped you!” The biblical examples could be multiplied at will. Instead, all the world has seen that large parts of the Church think and act quite secularly, as if they had no faith in the efficacy and presence of God, e.g. in the sacramental context.

Mocking accusations were made even by worldly parties — which have no skin in the game — that the Church did not sufficiently bring God (“its core business”) into the conversation about overcoming the crisis. This has consequences.

In Nazareth, Jesus could do only few miracles, because he did not find there the faith which he looked for and presupposed for his supernatural work. I do not say that we should challenge God in an unreasonable way to abolish the laws of nature. But what the secular or political “reason” has imposed on us is to a large extent unreasonable, as well: for instance certain numbers which have not been put into the right context and have been manipulated arbitrarily to justify rigorous measures, or to talk about protection some measures allegedly offer, which are simply not real.

All COVID-related measures can be questioned with good reasons as to their actual protective impact and as to their negative to devastating effects threatening and destroying one’s existence (who is going to pay for it?). Others will do so.

In any case, there will be much to talk about for a long time to come. What’s important to me is that trust in God and counting on his help and his protection in our context is not at all unreasonable. Everybody decides for themselves how far he or she goes along with it, and how unreasonable he wants to appear to others. In this regard, I recommend to everyone Psalm 91, which sounds quite unreasonable in our context, but is not unreasonable at all in the mouth of a believer praying. He just sets other priorities.