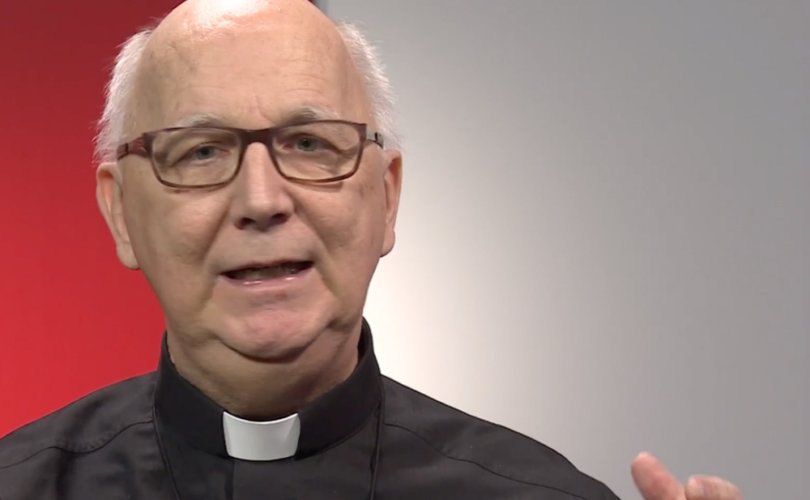 Editor’s note: Bishop Marian Eleganti explains for LifeSiteNews why he is resisting a newly proposed Swiss law that prohibits discrimination based on sexual orientation, but what critics say would in effect criminalize opinions that differ from the LGBT lobby in matters of marriage, family, and sexuality.

December 19, 2019 (LifeSiteNews) – In many socio-political and ethical disputes, I have noticed a fatal emotionalization and personalization of the debate. Since postmodern, pluralistic, and relativistic society holds there should no longer be universally valid truth to be sought, the effort for objectivity on the basis of common reasonable arguments in open dialogue is also omitted.

Because a person has or “constructs” his own “truth,” which is not the same for somebody else and which cannot be obtained by all reasonable people, such a person’s own interests and sensitivities, lifestyles, and above all, emotions prevail. These are all enforced and even become a “right.”

Anyone who contradicts such a person or crosses his path is perceived as a “personal enemy,” not as a reasonable and honorable “discourse opponent.” This happens following the formula: “You contradict me, so you hate me.” What this means is that a contradiction in the matter amounts to a rejection (hatred) of the person who represents the matter.

This perversion of a reasonable cognitive effort according to the formula “contradiction equals hate” is systematically and politically implemented by the LGBTQ lobby. Any opinion deviating from this formula is stigmatized as “hate speech” or at least as a theoretical prerequisite for physical violence.

And even though no real violent crime occurs, which has completely different causes, the representative of a dissenting opinion is threatened by a court-ordered punishment or a boycott of his free speech through blockades and other harassments. What this means is that real violence is being used here by those who loudly proclaim their pluralistic credo of diversity, without them even blushing in the face.

Not too long ago we were able to discuss controversial matters decently without being assaulted or roared down. Where has our culture of conversation and alleged tolerance gone?

What’s happening in universities also applies to the socio-political debate. Now we are to be silenced — and punished — by court rulings on the basis of anti-discrimination laws.

Catholicism, in particular, has developed a distinct culture of rational speech that seeks truth and opposes falsehood. One should read Thomas Aquinas and consider his way of appreciating and disproving opposing views as an example of this. Catholicism has always used rational discourse as a means of penetrating the faith and presenting it clearly.

Catholic thinking or Catholic teaching therefore painstakingly distinguishes between “person” and “view,” between “sinner” and “sin.” One loves the person or the sinner, but opposes their wrong views or their sinful practice. This objective distinction between the person and the person’s actions is totally lost in our society.

One might think that today’s relativistic credo would automatically produce a tolerant debate among people with differing views. Far from it! In reality, in internet forums, blogospheres, and in social disputes one sees only ruthlessly expressed emotions without any decency or respect for the person.

When it comes to differences of opinion, the gloves are off and not the slightest effort is made to understand the other and to express or comprehend his position correctly.

Instead of refuting such a person’s position with reasonable arguments, the person is verbally belittled and is labelled, for example, a “xenophobe”, “fanatic”, “fundamentalist”, and “right-wing extremist.” Or his mental health is questioned. Reasonable people are condemned as “homophobic.”

The end result is that labeling such a person in this way makes him shunned by others. When one is labeled this way, any reasonable argument he makes can no longer be heard by others.

A perfidious way to silence such a person is to ban his reasonable views. One such reasonable view is that a child needs a father and a mother, which is an argument highlighting that homosexual partnerships can in no way be equal to male/female marriage. Such a view is banned by means of legislative measures and court rulings that make a judge’s erroneous opinions the social norm.

The relativist view that everyone can live as he wants, without a society being able to develop common standards in this respect, in the end turns into an oppressive reign of terror marked by intolerance.

The masses are forced into opinion corridors defined by mainstream media, politics, laws, and activist courts that are without democratic legitimacy but are, nevertheless, held to be omnipotent.

Anyone who does not back the new norms is blocked, sued, and socially stigmatized. Social media platforms such as Twitter, Facebook, and Google are the new social inquisition courts that decide from the back office what may be thought and said in a politically correct way.

It is interesting to compare the current situation with the rules for discourse that were followed at the universities of the High Middle Ages (I reproduce them from my memory and in my own words):

How much different would our world be today if such rules were still the norm?