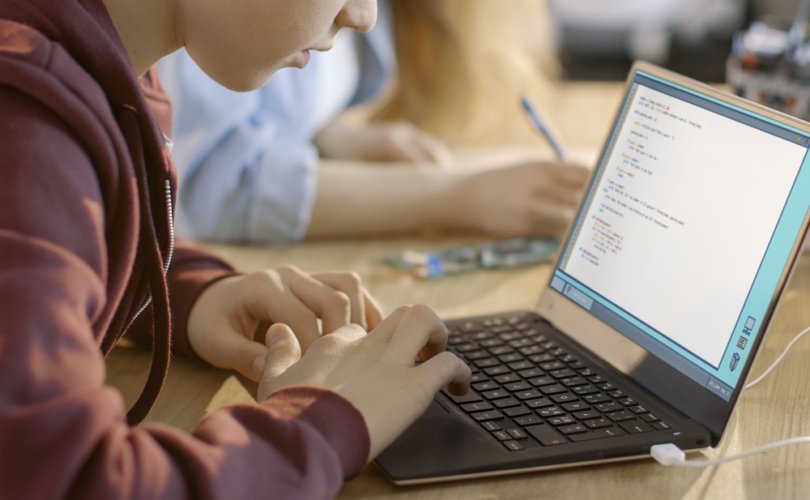 August 10, 2020 (LifeSiteNews) — The city of Cleveland, Ohio is putting the lives of its children at risk. And it is receiving federal taxpayer funds to do so.

No, it’s not COVID. For that low-risk disease, children are sheltered, masked, kept away from many schools, and scared to death by the hovering helicopter government bureaucracy.

But what about advice to teens that leads to lifelong complications from underage sexual promiscuity, along with the high likelihood of emotional disaster? And may cause the death of a child through abortion?

Who will be held accountable for this?

Cleveland is not alone, but let’s look specifically at what Cuyahoga County, Ohio communicates to teens on a website the health department operates, www.216Teens.org (216 is the Cleveland area code).

It’s funded by the U.S. Department of Health and Human Services and claims to tell the truth about sexuality for adolescents. But very quickly the extreme bias is evident. The site includes zero pro-life or abstinence-focused resources. There is a nominal page on abstinence, which dismisses it quickly as almost impossible. Adolescents who visit the site will read biased, X-rated, high-risk, pro-abortion, and pro-homosexual advice encouraging early experimental sex.

216Teens is not “medically accurate” and “evidence-based” as it claims to be. All the best medicine and evidence points to providing youths with an unequivocal message that delaying sex until marriage is positively correlated with life success and healthy outcomes. Premature sexuality leads to the opposite result.

A YouTube video produced by Protect Ohio Children lays out the irresponsible, dangerous messages of 216Teens and its pro-abortion, pro-“LGBTQ,” condom-obsessed, anti-abstinence advice.

For instance, the 216Teens Facebook page included a recent post from NARAL (National Abortion Rights Action League) that trashes authentic abstinence. “Say it with us. Abstinence only programs don’t work. No matter how many times the anti-choice movement pushes its lies about sex ed, science isn’t on their side. EVERY young person deserves inclusive, evidence-based sex ed at school. ”

Ohio parents need to recognize that this is open defiance of an Ohio law mandating that sexuality education shall emphasize abstinence until marriage. Where are Ohio lawmakers and the Ohio State Board of Education to hold the Cuyahoga County Board of Health accountable for this illegal, child-endangering action?

On March 17, 216Teens posted on Facebook this pandemic advice for teens: “While you are out purchasing all the toilet paper and water consider adding these items to your emergency preparedness list: filled birth control prescriptions, emergency contraception, menstruation products, condoms.” What happened to social distancing?

Along with rioting, looting, and Democrat politicians’ funerals, does the virus cease being a threat during progressive activities like underage teen sex?

How stupid does this health department think Cleveland’s people are?

Another post on June 5 told kids, “Guess what? There isn’t an age requirement for buying condoms.” Take that, parents! And another post gave the phone number and website for Preterm, a Cleveland area abortion clinic, while another on July 24 offered this helpful information: “Did you know there are 64 terms that describe gender identity and expression?”

No, this is a lie. There are two sexes, male and female. Facts, not mythology, is what a health department should be offering to teens.

Parent avoidance is the theme of another page on the 216Teens site to make sure teens know all the sexuality services available without parental consent.

Other posts on 216Teens include promotion of www.bedsider.org , a vulgar site that is a whole problem in itself. Bedsider promotes itself as “an online birth control support network for women 18–29 operated by Power to Decide, the campaign to prevent unplanned pregnancy.”

But Bedsider is way beyond birth control, providing sex advice for “Frisky Fridays” and asking, “Is the pandemic wrecking your libido?” It provides teen readers a list of topics from aphrodisiacs to sex toys.

Just what every Ohio teen needs from a health department. Ohio has an abstinence education law. Right? Right.

Meanwhile, through 216Teens, “Bedsider” is being promoted to teens as young as 13 in northeast Ohio.

Power to Decide launched a social campaign, “Thanks Birth Control!,” picked up by many of these pop culture partners. Ever wonder why the “early sex is normal and cool” message seems to be everywhere? This explains some of it.

Power to Decide joined SIECUS, Planned Parenthood, Advocates for Youth, and others to start the campaign “Sex Ed for All” in May 2019. In announcing this effort, they’ll “no longer observe National Teen Pregnancy Prevention Month.” Why? With the new focus on “LGBTQ” behaviors, the sex ed cartel is way beyond concerns about pregnancy alone.

This coalition is committed to selling underage teens on their sexual “rights” with a new emphasis on “justice” for “LGBTQ” identifiers and non-white teens.

And 216Teens picked up this “justice” emphasis with a recent Facebook post inviting teens “13 to 19” to an online summit to learn about the intersection of “racial and reproductive justice.”

Pro-abortion groups are beginning to capitalize on trending concerns about racial inequality to conflate it with access to abortion and contraception. These are “justice” issues, teens will be taught. “You have ‘rights’ that are being denied!”

So will abstinence messages become “racist”? That’s where many fear this is going.

What can Ohioans do? Call the governor and the attorney general. Ohio children are being corrupted and exploited by 216Teens.org and comprehensive sexuality education in general. It’s promiscuity promotion, plain and simple. And our kids deserve the “right” to hear the truth.

Ohio has an abstinence education law, and we need to follow it!