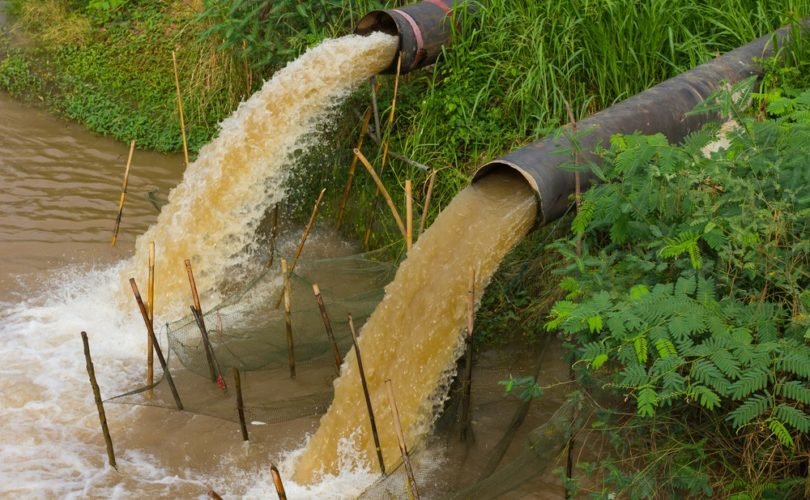 FLINT, Michigan, January 28, 2016 (LifeSiteNews) – The mainstream media is once again showing its pro-abortion bias, going so far as to blatantly lie in its reporting.

The city of Flint is in the middle of a water disaster, causing lead poisoning and other health problems. Presidential candidate Sen. Ted Cruz (R-TX) criticized “every level of government” for the crisis, said officials should be held accountable for exposing residents to “poisoned water,” and called the impact on Flint residents “heartbreaking.”

Cruz made good on his rhetoric, as his campaign gave out bottled water to Flint women in crisis pregnancy centers, homeless shelters, and low-income high-rise apartment buildings. The campaign also plans to give out bottled water at housing projects and to off-campus college students.

Think Progress's article falsely reported, “Cruz's presidential campaign began distributing bottled water not to every Flint resident, but only to those who visited the city's four crisis pregnancy centers.” The Think Progress article continued with the left's typically false information: “These centers … often provide pregnant women with misleading or incorrect information about their options. Pamphlets handed out at such centers have claimed, falsely, that an abortion poses a grave threat to a woman's life and increases her risk of breast cancer.”

Cruz has been the most outspoken of all GOP candidates about the Flint water crisis – not only criticizing, but also stating as a matter of policy, “Every American is entitled to have access to clean water.” His campaign noted that, along with homeless shelters and low-income apartment buildings, pregnant mothers and their babies need water, too.

“Everyone knows that pregnant women are especially vulnerable in this Flint water crisis and are easily overlooked in terms of their special needs to keep themselves and their unborn children healthy,” Monica Migliorino Miller, director of Citizens for a Pro-Life Society, told LifeSiteNews. “Presidential candidate Ted Cruz should be lauded for his sensitivity to the needs of pregnant women and the needs of crisis pregnancy centers as they serve these needy women who have chosen to give life to their babies.”

“Hilary Clinton, as a woman, should have been first in line to help out in this situation,” Miller continued. “Those who criticize Cruz and the good people trying to help women at these crisis pregnancy centers are the ones who are really waging a war on women – and it only shows how petty and narrow-minded they are!”

“Since when are we criticized for where our help begins? Ted Cruz also helped the homeless and other people,” Patricia Korte, chairman of Grand Rapids Right to Life, told LifeSiteNews. “I always thought that in case of emergency, women and children are saved first. This is the case in Flint at the pregnancy resource centers. You are essentially getting to help two for one by giving water to the mother and indirectly to her baby.”

“Help is charity and love to those in need,” Korte concluded. “Whether it's in Haiti; inner cities; or Flint, Michigan, any help is appreciated and should not be criticized.”

“I think that anything positive people do for pregnant women in need is helpful,” Chris Gast, Michigan Right to Life's director of communications, told LifeSiteNews. “Pro-life pregnancy centers and their supporters provide a lot of direct support to lower-income women, men, and children, and they deserve congratulations, not condemnations.”

Think Progress is a liberal online news outlet that belongs to the Center for American Progress (CAP). Politico called CAP one of “the Democratic Party's core institutions” and criticized Think Progress for not “keep[ing] its distance from liberal groups organizing advocacy campaigns targeting conservatives.” A Washington Post article quoted a former Think Progress reporter who admitted being pressured by his employer to support President Obama and “toe the White House line.”

In 2011, Michigan's Governor Rick Snyder ordered a state takeover of Flint because the city was in danger of bankruptcy. Snyder appointees served as “emergency managers,” overseeing Flint's government functions and finding ways to cut spending. One “emergency manager” found that one way to cut spending would be to switch Flint's water supply, saving the city $6 million or more.

In March 2013, the Flint city council voted to switch their water supply from the Detroit Water and Sewerage Department (DWSD) to the to be constructed Lake Huron-sourced Karegnondi Water Authority (KWA). (Since 1965, Flint had been purchasing water from the DWSD.) The DWSD opposed this, as Flint's water contract paid 6% ($22 million) of the department's budget.

After Flint turned down a final DWSD conditional offer, the DWSD inexplicably made the move that sealed the fate of Flint's water disaster. The DWSD gave Flint a one-year notice that their 50-year water contract would terminate in April 2014. This meant that there would be a period of at least a year and a half before the KWA would be completed, and Flint would have to find water elsewhere. So in April 2014, Flint switched their water supply from the DWSD to their backup supply, the Flint River.

All of the service lines from the cast iron water mains to homes were made of lead. Lead pipes leach lead into the water, but as they age, they grow a crust of phosphates and oxides that “seal” the lead and prevent leaching. The problem is, the Flint River is lower pH and high-saline, eroding the protective oxide and phosphate coatings.

Lead leaching into Flint's water has caused an estimated 12,000 residents to have high levels of lead in their blood, which can lead to serious health problems. Mayor Karen Weaver explained, “Damage to children is irreversible, and can cause effects to a child's IQ, which will result in learning disabilities.” Lead poisoning causes mental retardation, shortened attention spans, and other behavioral disorders in children. It specifically damages the section of the brain that manages impulses and emotions.

Some say an outbreak of Legionnaires' Disease in the Flint area that has killed 10 people and affected another 77 may be caused by lead in the water.

At one point, one of the state's “emergency managers” defended the water supply, falsely saying Flint's water is safe and within EPA-acceptable levels. Flint residents have sued Gov. Snyder for not providing drinkable water and for violating Michigan's Consumer Protection Act by saying Flint's water was safe. State Attorney General Bill Schuette (R) announced an “independent” investigation, even though his office is also defending Gov. Snyder in the lawsuit.

Planned Parenthood video: If media found out we sell aborted babies it ‘would be a disaster’