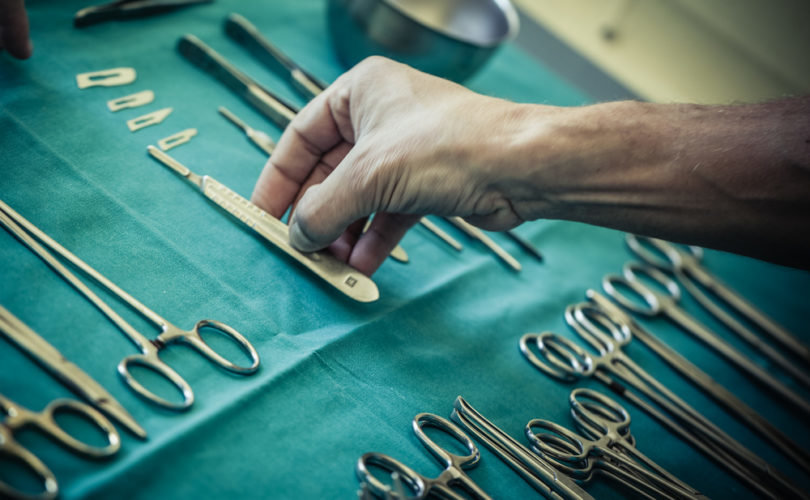 We present here a testimony from 21-year-old Hope.

I was eighteen when I took a job as a sign language interpreter at Planned Parenthood. I was raised Roman Catholic, but I was Catholic in the same way that Olive Garden is an authentic Italian restaurant: just because you throw some fancy words on the menu doesn’t make it genuine. For me, abortion was not a choice that I would make personally, but the way I saw it, who was I to judge another woman for having one? I didn’t know her life. I didn’t know her circumstances, and I had prided myself my whole life on not judging people without knowing their full story.

A deaf friend referred me to the job opening at a Boston clinic, and it paid well. I averaged about $100 an hour for my services! That’s all it was to me, a job to make money for my upcoming college tuition. I didn’t work often, maybe one or two days a week, and traveled around to the Boston-area clinics when needed. For the most part, I interpreted for women seeking counseling, getting prescriptions for birth control, or just getting general information about sexual health. It all seemed innocent enough.

Deep down, however, I must have known I was doing something wrong. I told people I worked for a “family services counseling center.” I figured that wasn’t completely a lie. The trouble was, most people took that to mean that I was going into the world and doing good: interpreting for families living in poverty, or families who were trying to keep themselves together. Despite the fact that Planned Parenthood offered all kinds of services, in the back of my mind I knew that at the root of it they really were just an abortion clinic.

The worst day of my life—and an anniversary I never forget when it comes every year—is Thursday, November 1, 2012. I was called in to interpret for a “medical procedure.” I arrived early, and chatted with the receptionist as I did every day. I grabbed a cup of coffee and waited for the client to arrive. While I waited, I went over her file. I’ll call her Kate. She was twenty-three and had been deaf since birth. Kate estimated that she was about eighteen weeks pregnant.

At 10:30 sharp, we entered the operating room. That’s when my stomach started to turn. Previously, when I’d read “medical procedure,” it had been for ultrasounds. But this was different – we were in an OR. The lights were too bright for the size of the room. There were cold-looking metal objects on a table. I was in an abortion.

I tried to remain calm. I interpreted back and forth, but when the murder began, I lost it. As I watched the doctor pull this life out, limb by limb, I couldn’t help but let the tears start to fall. What I had thought would be just lumps of blood clots were body parts. Arms, a torso, legs, and a head. I felt as if I was suffocating. As soon as it was over, I ran from the room. I collapsed in the hallway and sobbed uncontrollably. To this day, I haven’t cried like that since. A security guard rushed me into his office. I realize now that it was probably not to console me, but because I was scaring the patients.

I quit my job that afternoon. I went into the manager’s office and signed my papers. Abortion was not a strong enough word for what I had witnessed. Murder wasn’t even good enough a word. To me, murder implied that the person might have been capable of fighting back. No, this was a slaughter.

I don’t think I will ever fully recover from what I saw that day. A human life, a BABY, had been ripped from its mother’s body, piece by piece. It is the first thing I see when I wake up in the morning, and the last thing I think of before I go to bed. I still have nightmares about it sometimes. Whenever I see a child around two, I imagine that that is how old the aborted baby would be now. I can’t help but wonder who that baby would have become. Maybe she would have been an artist. Maybe he would have dreamed of being a firefighter. Maybe she would have gone on to become a doctor who saved lives; maybe he would have become a teacher.

With counseling, I have come to accept that God forgives me for the act that I was a part of, but I am still working on forgiving myself. The only thing that consoles me on the nights that it keeps me up is knowing that that baby is now in Heaven, enjoying Eternal Life. After what this world put it through, I think that’s a good place to be.