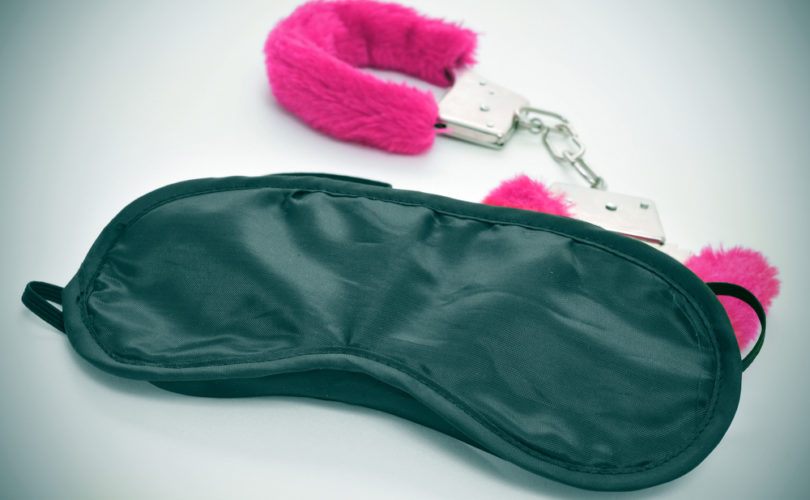 February 26, 2015 (ProLifeAction.org) — When I first saw the now widely circulated story about Mohammad Hossain, the 19-year old Chicago college student who was arrested for rape after he claimed he was merely reenacting scenes from the movie Fifty Shades of Grey, I couldn’t help but think of these words I had just come across earlier this week:

It is tragically ironic that at a time when we are recognizing an epidemic of campus rape and sexual assault—and carrying on a national conversation about how to address this problem—we are at the same time rushing to embrace a book and film that pair sex and aggression, and that portray male domination as an enticing or exciting option. But the prevailing orthodoxy on college campuses when it comes to sex is very simple: anything goes so long as it is consensual. This is—I suggest—a very thin and insufficient defense against sexual coercion and sexual abuse. This is not a recipe for a healthy sexual climate on campus.

They were written by Dr. Aaron Kheriaty, a Professor of Psychiatry at the University of California Irvine School of Medicine, and they appear in a brilliant article titled “Hooked Up and Tied Down: The Neurological Consequences of Sadomasochism” that appeared recently on Public Discourse.

Contrast these eminently sensible observations with the opening paragraph of an article by Hillary Crosley Coker that appeared on Jezebel just a few hours after the news broke about the student’s arrest:

A dude at University of Illinois at Chicago decided to reenact Fifty Shades of Grey without the consent of his partner and then was surprised that he couldn’t just go home after his case went to court. How many more ways can we explain the concept of consent? How many?

The irony here is that the whole basis of S&M is consent and established safe words to be deployed when things get too intense or violent. How this guy missed that is just …

Herein lies the elephant in the living room.

For some time now, a great many people of good will have loudly and repeatedly raised serious concerns that as the lemming-like obsession with the Fifty Shades of Grey franchise continues to expand, it will lead to more sexual violence against women. And it doesn’t take much common sense to see why that might be.

Not All Consent Is Equal

But as the Canadian Centre for Bio-Ethical Reform’s Jonathon van Maren has trenchantly pointed out, “Not all consent is equal”:

Anyone who works with victims of domestic and sexual assault will tell you that just because someone permits something to happen or doesn’t extricate themselves from a situation doesn’t mean it isn’t, in fact, abuse. Only when it comes to sex are people starting to make this argument, so that they can cling to their fetishes and justify their turn-ons. Those women who defend the book [Fifty Shades of Grey] because they think it spiced up their sex life are being incredibly selfish and negligent, refusing to think about how this book could affect other women in different situations, as well as young and impressionable girls.

After all, if consent is the sole criterion of the good, then why shouldn’t that be true for children as well as adults?

What Mohammad Hossain is accused of doing is very wrong, and if he’s found guilty, he deserves the punishment he receives.  But even if his victim had consented, what he did still would have been very wrong.

It might seem trite to wonder aloud how we’ve gotten to the point where teenagers have the idea that tying down, gagging, and beating each other up might be a turn-on. And yet, we have to go there and ask that very question.

One of the consequences of original sin is that our ability as human beings to devise new and different ways to commit actual sins of our own is nearly limitless.

Thus, when we learn about novel and increasingly outrageous trends in sinful behavior, our reaction should, on the one hand, be one of disdain, as it should be for any other sins — including our own.  But on the other hand, we shouldn’t be surprised. (There is, after all, “nothing new under the sun.”)

This is especially true regarding sexual sins.

Lust, we observe, leads inexorably to boredom.  Very much like a drug addict, the man enslaved to lust is absolutely. never. satisfied. by just one thought, or picture, or video, or act, etc.

Boredom soon sets in, as he realizes the fleeting satisfaction is gone. After a while on the pleasure/boredom roller coaster, he begins to wonder if dabbling in increasingly edgier stuff might finally bring an end to his inevitable boredom.

They won’t, of course, but his conscience is too beaten down for him to know any better. For when a man is spiritually blind, all he can do is stumble around, and unless he asks for help, he ends up descending further into the morass.

It’s for this reason that we shouldn’t be at all surprised that the further a culture gets away from the idea that sex speaks a language of permanent, committed love, and is inseparably linked with procreation (and therefore makes absolutely no sense outside of marriage), the more people will, slowly at first, but inevitably, connect it with increasingly bizarre — and yes, even violent — behaviors.

The possibilities are endless — thereby illustrating with very real clarity why lust is rightly considered a deadly sin.