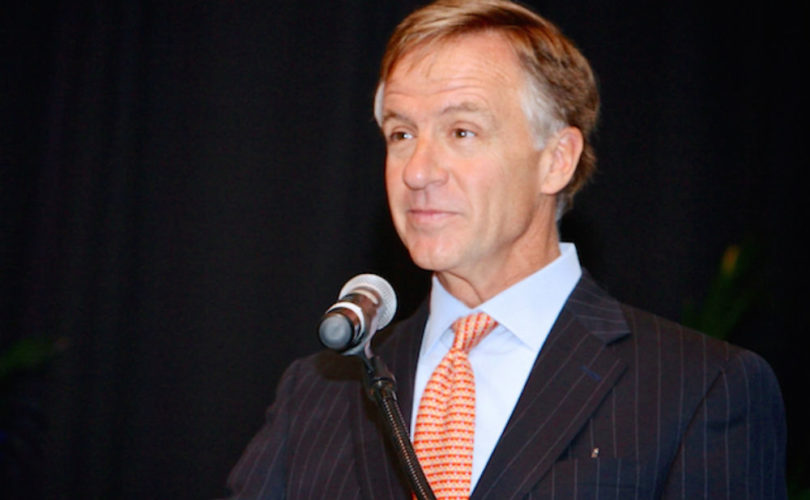 May 20, 2015 (Bound4Life.com) — On Monday, Tennessee Governor Bill Haslam signed into law a legislative measure that requires a 48-hour waiting period following a counseling session with a licensed medical professional – before an abortion can be performed.

Abortion advocates have predictably tried to portray this as a step backwards for women, that Tennessee is “out of the mainstream” in regards to abortion rights. In reality, Tennessee has now joined the majority of the states on this issue.

This law is important for the protection of women the abortion industry claims to serve. Women will now complete a standardized informed consent process that accurately addresses the issue of abortion and its alternatives – and then have 48 hours to consider the information with which they have been provided.

In the online edition of the Tennessean, the state’s largest newspaper, the reporter left unchallenged a statement from abortion advocates: “no other medical procedure has a mandatory waiting period in the state.” In fact, there is a waiting period of thirty days for women who wish to undergo a permanent sterilization procedure – if they are patients who have Medicaid as their means of coverage.

This is not a state requirement; it is a federal requirement. The waiting period is designed to protect women from unscrupulous providers who might prey on women when they are vulnerable.

Perhaps the woman has just finished a long labor, and (at that moment) is unsure she ever wants another child. A provider could take advantage of a woman in that situation and talk her into a quick procedure – for which the provider would be compensated.

Thus, federal law requires that Medicaid patients who wish to ‘have their tubes tied’ complete an informed consent session with a provider, sign the form, and then wait 30 days before the procedure is done. Women who have an unintended pregnancy are just as vulnerable as women who have just finished a difficult delivery.

If a 30-day waiting period is appropriate for women who wish to end their fertility, then a 48-hour waiting period before ending a pregnancy cannot be legitimately said to be overly burdensome.

The passage of this law ends a significant chapter in the fight to protect women and unborn children from the abortion industry in the state of Tennessee.

The case of Planned Parenthood v. Sundquist in 2000 had virtually ended all abortion restrictions in the state of Tennessee. In that decision, four out of five justices on the State Supreme Court ‘found’ a fundamental right to abortion in the state constitution.

For those clinics that did allow inspections, no enforcement provisions existed; Tennessee authorities could not compel clinics to correct their deficiencies. Even a cursory inspection of public documents available shows that some clinics allowing inspections had lists of deficiencies more than 50 pages long.

The battle to amend the state constitution culminated in November 2014 when Tennessee voters overwhelmingly approved Amendment 1 – a measure which now allows the Legislature to once again pass meaningful actions that pertain to the abortion industry. This amendment restored the state constitution to a neutral position on the issue of abortion.

The enactment of the waiting period law follows the signing, last week, of a law requiring any facility that performs more than 50 abortions annually to be regulated as an ambulatory surgery center.

Without this law, women having an abortion in Tennessee lack the protections that patients having procedures in legitimate medical facilities enjoy. Ensuring proper infection control measures and proper training for facility personnel, among other provisions, will now exist for those patients who seek to have an abortion.

If all other patients are worthy of protection by requiring facilities to meet state standards, then it cannot be legitimately said that such requirements are inappropriate for women undergoing abortion.

Abortion is dangerous for women and ends the life of a developing human child. Common-sense laws like these result in less harm to women in our society, and more lives of beautiful possibility contributing to the future of Tennessee.

Reprinted with permission from Bound4Life.com.